Horner: The RB18 is potentially our most successful car 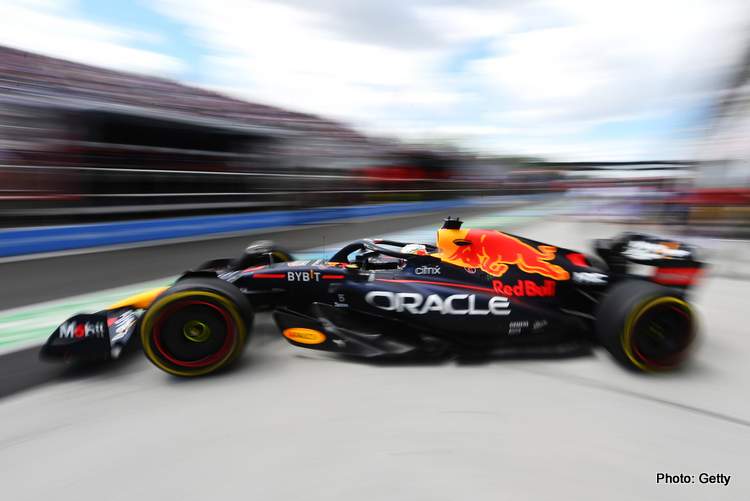 Christian Horner believes the Red Bull RB18 is potentially the most successful car ever produced at Milton Keynes despite starting late with its development.

Red Bull were locked in an intense and bitter fight with Mercedes in 2021, as Max Verstappen sought to win is maiden Formula 1 Title while Lewis Hamilton aimed for his eighth.

The fight went down to the wire in Abu Dhabi’s controversial season finale where Verstappen prevailed, but that meant Red Bull had to keep on developing their 2021 car, the RB16B till the last minutes with a risk of compromising this year’s RB18.

Speaking to F1’s Beyond the Grid podcast, Christian Horner responded “I would say so” when asked if 2022 saw his team perform at their highest level.

“In 2021, we were operating at an incredible level and we finally got a sniff of putting a challenge together for a world championship and that was a 22-race championship bout, a heavyweight fight from race one to race 22,” he said.

“What has been particularly pleasing about this year is despite colossal regulation changes we had to undergo coming into this year – and we honestly thought we had compromised this year by putting everything we had into last year – the team came up with an amazing car, a super car,” the Briton hailed.

“Max has made another step, Checo [Perez] has felt more part of the team this year with a lot more familiarity. To be sitting here having won 12 grands prix, and with 16 podiums so far has been an incredible season for us.”

The fact that Red Bull kept developing their 2021 car late meant their was a risk their RB18 – built to the new regulations with ground effect – might have been affected. Clearly that has not been the case.

“We were probably the last team to transition onto the ’22 regulations,” Horner pointed out. “We went quite late on development through ’21 because when you have a sniff of a championship, we would have kicked ourselves if we hadn’t done everything you possibly could, which meant compromising ’22.”

The Red Bull chief credits the work his team did over the winter to deliver their rapid RB18 saying: “The team in Milton Keynes, whilst we were away fighting for the championship, did an incredible job over the winter to come up with the RB18 which has been potentially our most successful car ever.

“From the first race, we were right there. So tremendously rewarding for the whole team,” the 48-year-old maintained.