Norris: Untrue the MCL36 is made around me 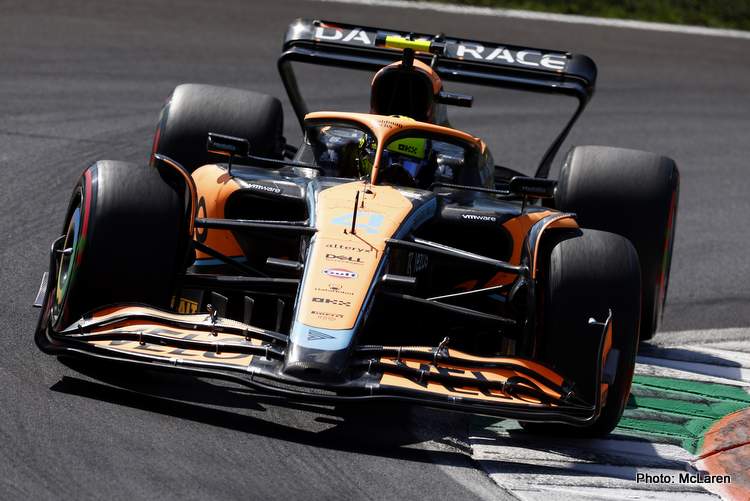 Lando Norris rebuffed reports claiming McLaren’s 2022 Formula 1 car, the MCL36 is built around him as an explanation to Daniel Ricciardo’s struggles.

Daniel Ricciardo has not been able to get in sync with McLaren machinery ever since he joined the team back in 2021, and his struggles have been more amplified by the strong results his teammate Lando Norris has been pulling out in the same cars.

That has prompted claims that McLaren have built their cars around their young and rising start who has inked a lucrative long-term deal with Woking back in February.

Norris, however, denied such reports, claiming he actually does not enjoy driving his MCL36 when speaking to F1’s Beyond the Grid Podcast.

“There have been things said that [Daniel] doesn’t suit the car and stuff, and everyone thinks that I do suit the car and the car is made around me, but it couldn’t be more untrue,” Norris said. “Not that I hate driving the car I am driving now, but it is very unsuited to my driving style.

“I would say at the beginning of the year, it suited Daniel a lot more than it suited me, in terms of how you had to drive it.

“And that is something I really struggled with at the beginning of the season. I am coping with, or adapted to it a lot more now – I would say more well suited to it.

“But it is far from a car that I would want in an ideal world and, say, if I wanted to go and do the best lap possible and give me that car to go and do so, it is definitely not the car that I have now,” the Briton explained.

Norris revealed his current ride reminds him of the car he drove in 2019, saying: “I feel like I am driving a pretty similar car in terms of characteristics as the car I drove in my first year in Formula 1 [in 2019].

“It’s changed in little ways but nothing I would say now is more adapted to me than in my first year of racing,” he insisted.

Success with McLaren will come

But Norris remains confident McLaren will come through with a winning car, and is not concerned having signed a long-term deal with them.

“So, it’s not like I signed up for any other reason bar knowing that long term, I have the faith that we can achieve things together and I think that will make things sweeter than just joining a team which has a chance of winning races.

“I have a lot of faith in the team… and we have a strong team at the minute, in terms of culture, in terms of atmosphere within, I think we are definitely in the best place we’ve ever been,” the 22-year-old concluded.