Elkann: I am not satisfied, there are too many mistakes 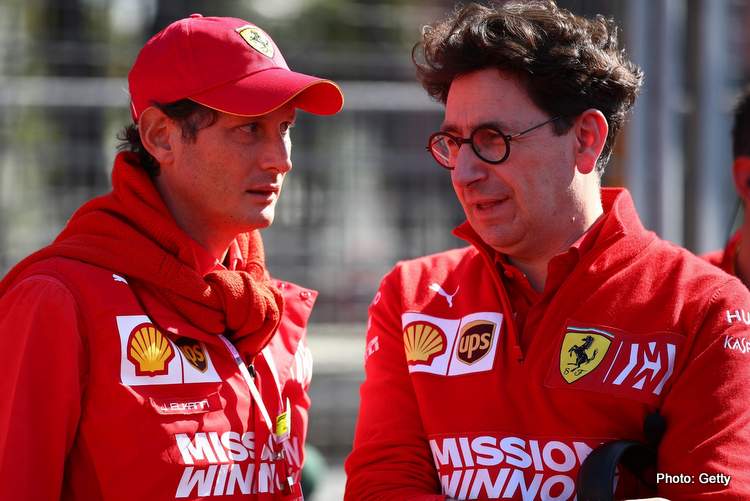 Ferrari’s off the radar Chairman John Elkann revealed he is not satisfied with the Scuderia’s 2022 Formula 1 season as there are still too many mistakes.

Ferrari showed great promise of fighting for both Drivers’ and Constructors’ Championship this season, as they showed up with their impressive F1-75 that has two of the best drivers on the F1 grid to pilot it.

But as the season advanced, Ferrari were back to their old habits of making mistakes with strategy, reliability, as well as a couple of errors from Charles Leclerc, the driver who seemed to be spearheading the Reds’ campaign as teammate Carlos Sainz struggled early on to get used to the F1-75.

As a result, Max Verstappen now leads Leclerc by 109 points in the Drivers’ Standings as Red Bull lead Ferrari by 135 points in the Constructors’, as the Dutchman seems to have one hand on his second F1 crown.

John Elkann, Ferrari Chairman known for his hands-off approach, reflected on the Scuderia’s season so far, claiming he is not satisfied, despite still having “great faith” in Mattia Binotto.

Speaking to Gazzetta Dello Sport, Elkann said: “We appreciate everything he and all our engineers have done, but there is no doubt that the work in Maranello, in the garage, on the pit wall and at the wheel needs to improve.

“We must continue to make progress and that goes for the mechanics, the engineers, the drivers and obviously, the entire management team, including the team principal,” he warned.

“We have seen that there are still too many mistakes when it comes to reliability, driving and strategy,” the heir of the Agnelli family pointed out.

Ferrari can win a Title before 2026

However Elkann credits Binotto and his team for the turnaround in performance they have achieved, which is only fair, as the F1-75 has proved to be one of the best single seaters to come from Maranello in years.

“Putting our trust in Binotto and his team was the right decision and it has paid off. Thanks to them we are competitive and winning again,” he said, “but I am not satisfied because I think we can always do better.”

Elkann remains positive that Ferrari will win a Championship under the current regulations, and before 2026 saying, hailing a the great driver pairing the team has in Leclerc and Sainz.

“Our first goal was to be competitive,” he said. “If you are not, then you have nowhere to go, whereas you can always work on reliability.

“That’s why I believe that before 2026 Ferrari will again win the constructors’ and drivers’ titles, with Charles in pole position,” he insisted.

“We are lucky to have two great drivers, probably the strongest pairing in Formula 1,” Elkann maintained.

Elkann will be in Ferrari’s team garage for the team’s home race at Monza, with early signs showing they may have a chance to win in front of the Tifosi as they showed decent speed in FP1 and FP2 as Verstappen in set to take a grid penalty for an engine change.