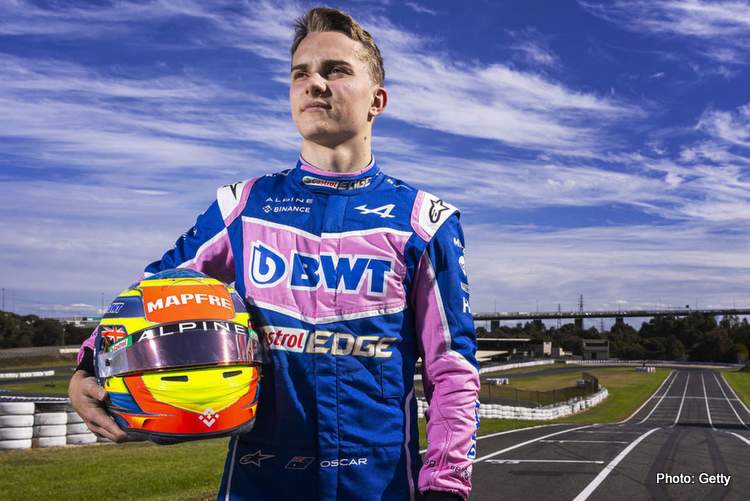 Alpine boss Otmar Szafnauer hit out at Oscar Piastri who recently snubbed the team’s plan to put him in their Formula 1 car next year, saying he expected more loyalty from the Australian.

The Alpine/Piastri saga has been filling the void of the sport’s summer one break, as it was instigated by Fernando Alonso announcing he will not be driving for the French team in 2023, instead jumping ship to Aston Martin.

Putting Piastri in the blue and pink car was what everyone expected, as Alpine big wigs were adamant that he deserves a drive in top flight, even if that meant putting him in another team’s car on a loan basis.

What was not expected, however, was the reigning Formula 2 Champion, snubbing Alpine when they announcement him as a driver, with reports emerging he may be headed to McLaren instead.

Speaking to Spanish outlet El Confidencial, Szafnauer touched on the Piastri situation, and how things have come to be so messy.

Alpine have a contract for the Australian’s services

“We have a contract with Piastri, which he signed in November, we have spoken to our lawyers and they have told us that this is a binding contract, so part of that contract allows us to put Oscar in one of our cars in 2023, which is the reason we issued the press release,” he claimed.

“There is also an option for 2024 and the possibility for us to ‘loan’ the driver to another team,” he added. “We wanted Fernando with us for one more year and then a ‘loan’ of Oscar for 2023.

“I have always said in all my press conferences that Piastri would be in Formula 1 in 2023 and it is because I knew he could be in our car or in another car, on loan, if Fernando had stayed,” Szafnauer pointed out.

“But Alonso, for whatever reason – and I think I know the reasons, although you should ask him – he goes to Aston Martin. So, we started to finalise the agreement with Piastri, and instead of giving him away, we decided to put him in our car. Hence, the statement,” the Alpine boss explained.

Alpine would not enter into speculations regarding why Piastri is looking outside of Alpine for a drive, saying: “I think it’s a question for Piastri, because I don’t understand it either.

“In our future, in that hundred-race plan we are all working on, I think there is also room for Piastri. And we have supported him.

You don’t need a contract to be loyal

“There should be some loyalty to the fact that we have invested literally millions and millions of euros to prepare him. So I don’t understand it either, you should ask him.

“I expected more loyalty from Oscar than he is showing,” he admitted. “I started in 1989 in Formula 1 and I’ve never seen anything like this. And it’s not about Formula 1, it’s about integrity as a human being.

“It could happen in ice hockey or soccer, it doesn’t matter. But you don’t do that. He signed a piece of paper, a document, saying he would do something different.

“For me, the way I grew up, I don’t need to sign a piece of paper and then have someone say, ‘You’re lying, because you signed this.’ For me, if you say, ‘Hey, help me, I’ll help you tomorrow,’ there’s no way I would go back on my word. No way.

“You did everything I asked you to do (from Alpine to Piastri) and now I promise you that if you do this, I will do this. I don’t need a piece of paper where it says, ‘With a clause, I can get out of here’,” the former Aston Martin boss said, clearly frustrated with the Australian’s actions.

Alpine won’t be a free ride for Piastri

Szafnauer also hinted that if Piastri were to get out of his Alpine commitment, it will not come cheap, saying: “We have to take into account that last year we put him in a single-seater and he did 3,500 kilometres.

“We have done seven independent tests with him and this is not cheap at all. The cost of an engine alone is 1,750,000 euros. The mechanics, the team that managed those tests, the flights and travel…

“We have spent lots and lots of money on Piastri to prepare him for the future. And, if that future is not with us, it is logical and fair that we seek compensation,” he warned.

However, Alpine will not be short on options to fill that vacant seat their chief revealed, saying: “If Piastri is not in the car – which I think he is going to be – because Fernando is out, I have about 14 phone calls from drivers who are interested, because the Alpine seat is the most valuable seat left.”