McLaren informed Ricciardo that Piastri will replace him 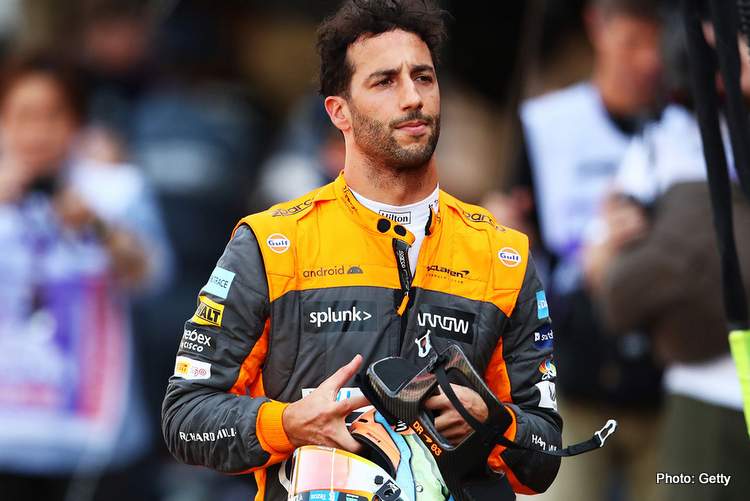 McLaren have told Daniel Ricciardo that fellow Australian Oscar Piastri will be replacing him at the Formula 1 team next season, according to media reports on Friday.

The RacingNews365 website cited Australian sources saying Ricciardo had been officially informed of his “de-hiring”.

Autosport said it understood Ricciardo had been told McLaren intended to replace him with 21-year-old Piastri, who this week rejected a 2023 seat at Renault-owned Alpine, despite having a contract for next year.

McLaren have not commented on a story that has gripped Formula One since the start of the August break. read more

Multiple sources have confirmed to Reuters, however, that Piastri has been lined up to replace the under-performing Ricciardo. That could ultimately involve McLaren paying Ricciardo not to race for them.

Ricciardo did not deliver at McLaren

The 33-year-old was signed from Renault at the end of 2020 but, apart from winning last year’s Italian Grand Prix against the odds, has failed to live up to expectations at the former champions.

This season he has scored a mere 19 points, with a highest position of sixth, compared to team mate Lando Norris’s 76 from 13 races.

RacingNews365 reported that Piastri signed a contract with McLaren last Saturday at the Hungarian Grand Prix and the team then lodged it with the sport’s Contract Recognition Board.

Alpine, who have invested heavily in Piastri as reserve driver, announced the Australian as their driver on Tuesday only for him to take to social media to contradict them.

“I understand that, without my agreement, Alpine F1 have put out a press release late this afternoon that I am driving for them next year,” he said in a statement that promptly went viral.

“This is wrong and I have not signed a contract with Alpine for 2023. I will not be driving for Alpine next year,” he added. (Reporting by Alan Baldwin)