Ricciardo: I need the break 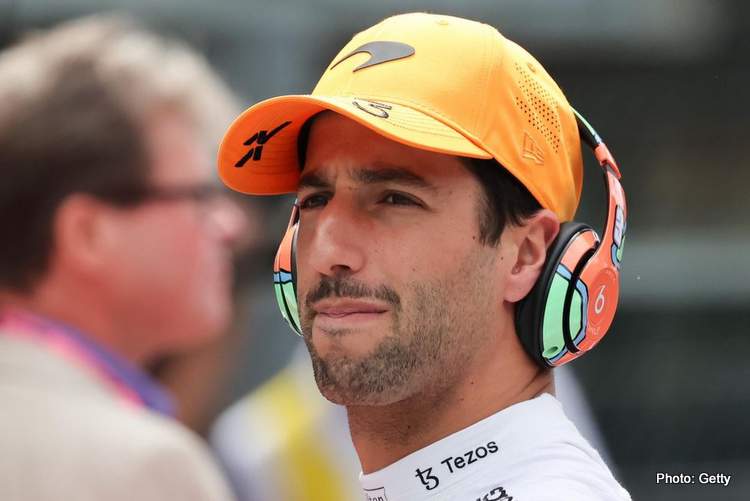 Daniel Ricciardo revealed the summer break came at he right time as he needs it, after finishing 15th at the 2022 Hungarian Grand Prix courtesy of a time penalty for bumping into Aston Martin’s Lance Stroll.

The Australian driver has had a tough first half of his 2022 Formula 1 season, still outpaced by his younger teammate Lando Norris, despite showing some improvement of late.

As a result Ricciardo enters the summer break 12th in the Drivers’s standings with 19 points to his name, but he relieved he can now reset.

“I’m happy to have a break. It’s not the six months I wanted,” he told the media after Hungary. “I need it.

“More so because it hasn’t been a good six months. But even if the season was going awesome, I think a break is still nice. Just to get away… F1 these days is intense. Even the hotels, they’re full of people.

“Weekends are so full on that I think just getting away from the circus for a few weeks is going to be really nice,” Ricciardo added.

Revealing how he plans to go with his vacation, the McLaren driver said: “Switching off normally gives me a natural reset.

“I imagine like 10 days, two weeks into the break, I would have kind of got the holiday out of my system and then I’ll build that hunger back again.

At a point during the vacation, Ricciardo will switch on again

“I’ll naturally think about it (bouncing back in F1) after getting time off. That’s normally how it works for me,” he explained.

“I’ll go out, be with friends, drink some beers, have fun. Then I’ll get to the point where I start to feel… not guilty, but just like, ‘Alright, it’s time to turn it on again’.

“It’s kind of a natural switch that’ll come back in probably after 14 days,” the Aussie concluded.

As it turns out, Ricciardo may not end up having the vacation he hope for, as with the latest development in the driver market, Alpine confirming Oscar Piastri, the latter snubbing them for a potential McLaren seat, put more pressure on Ricciardo.

Despite having a valid contract with the team for 2023 which he can only terminate pre-maturely, there have been speculations that Ricciardo might be shown the door at Woking, to make way for Piastri.

The news about Piastro broke after Fernando Alonso announced he is jumping ship to Aston Martin earlier this week, and the story is expected to develop over the coming weeks.

So much for a relaxing holiday for the Honey Badger.