Perez: A good day for us after such a messy weekend 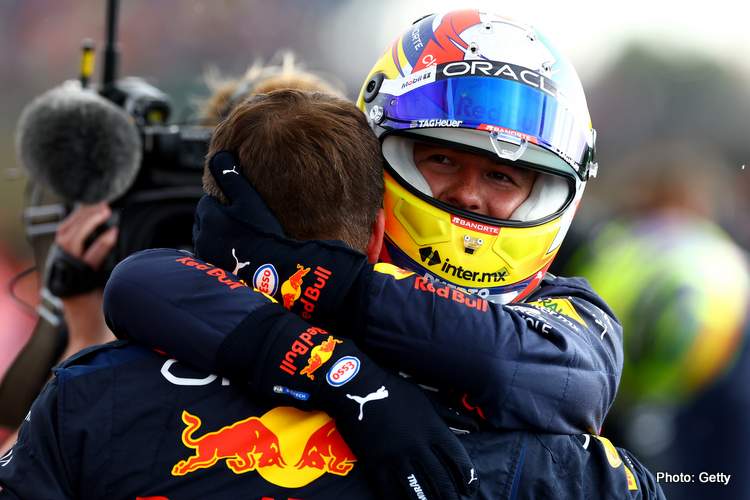 Sergio Perez hailed his Sunday at the 2022 British Grand Prix, as a great day after what he dubbed a messy weekend where he physically struggled.

The Mexican was off the pace in qualifying, with fourth being the best his could achieve, and the start of the race was not ideal as he clashed with Ferrari’s Charles Leclerc on the race restart after Zhou Guanyu’s horrible crash, losing a from wing endplate, and pitting for a new wing which sent him to the back of the grid.

However, after keeping a low profile for most of the race, the Perez came into the spotlight as a Safety Car was declared following Esteban Ocon’s stoppage on track.

Red Bull pitted Perez for fresh Soft tyres, and he did great use of them in a final cracking multi car tussle, finishing second behind race winner Carlos Sainz.

“It is a good day for us and the Team after such a messy weekend for us,” Perez said after the race in his team’s debrief. “Physically I wasn’t one hundred percent this week and after lap one I was last, so to come away with second place is a great result.

“I was so unlucky on the first lap making contact with Charles, I broke my front wing and had to drop to the back. So we had to fight for it and it feels good to have a result like this.

“I am also very happy for Carlos and to share his first win with him is a nice moment for him and his family,” the Mexican added. “I enjoyed the racing today a lot, we were fighting hard and fair and it felt like my karting days.

“Everyone was pushing really hard and going wheel to wheel, my heartrate was pretty high on those last laps. It was a race where it was important not to give up,” the Red Bull diver concluded.

A tough race for Max Verstappen 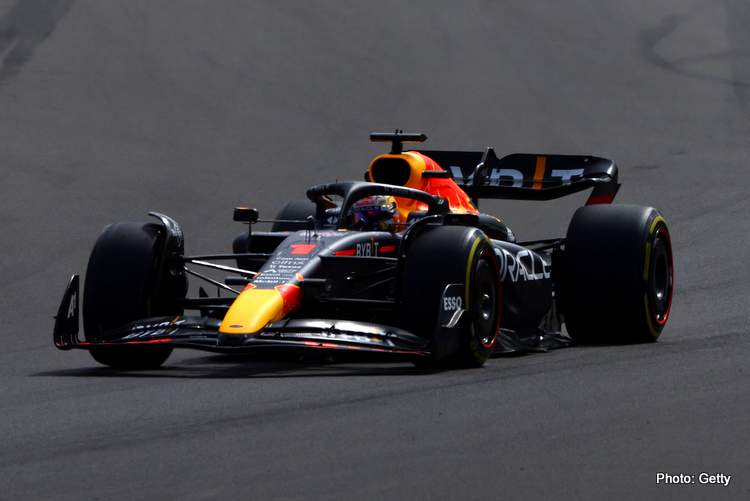 Reigning Formula 1 Champion, Max Verstappen, on the other side of the Red Bull garage has a race to forget, as despite having an excellent launch on the original race start – neutralized by the race restart – and then chasing down Carlos Sainz and overtaking him after the Red flag from the Zhou incident, the Dutchman picked up damage due to debris, which hampered him as he spent the race down in the midfield finishing seventh.

In the team race report, Verstappen said: “Seventh place is a good result considering the damage I had on the car and with Checo on the podium, we’ve scored some good points for the Team.

“I of course had hoped for more but today was just unlucky. I had a look at the car during the red flag and the whole of the underneath on the left-hand side was ruptured. I hit a huge piece of debris; I think it was carbon. As I was driving it felt like a puncture as I had no balance and a lot of oversteer.

“The car was a handful to drive, I tried to find a good aero balance but it was difficult. I understand that Alex is having precautionary checks at the hospital, so I hope that he’s okay.

“It’s never nice to see these things and today proved once again that the halo is a massive improvement for safety, I think without it Zhou would have been in a different state,” Verstappen concluded.

Checo was phenomenal, Max was unfortunate 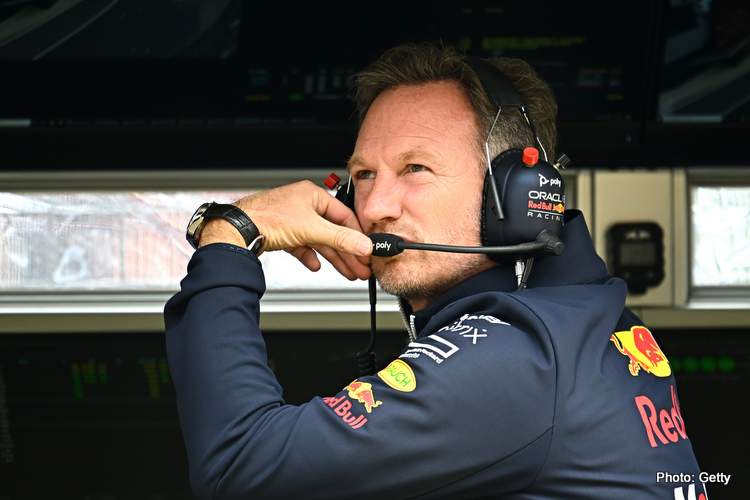 Red Bull team boss Christian Horner added: “It was a phenomenal performance today from Checo after the damage he sustained to the front wing end-plate on the first lap, we had to change the nose and his drive back through the field was just sensational.

“He benefitted from the safety car which enabled us to put on a fresh set of tyres, but his pace and race-craft was just exceptional,” he added.

“For Max, he’d taken the lead and was in a commanding position but unfortunately some debris did a lot of damage to the floor of the car which lead to a massive loss of downforce.

“It was unfortunate because I think it would have been a fantastic race for him today, but every point counts and he fought as hard for P7 as he would for the win.

“The Biggest result today is that all drivers are in reasonable shape considering the scale of the crashes we saw today and we hope to see Alex and Zhou fighting fit in Austria next week,” Horner said in conclusion.