Leclerc: All the work we’ve done on bouncing is in the bin 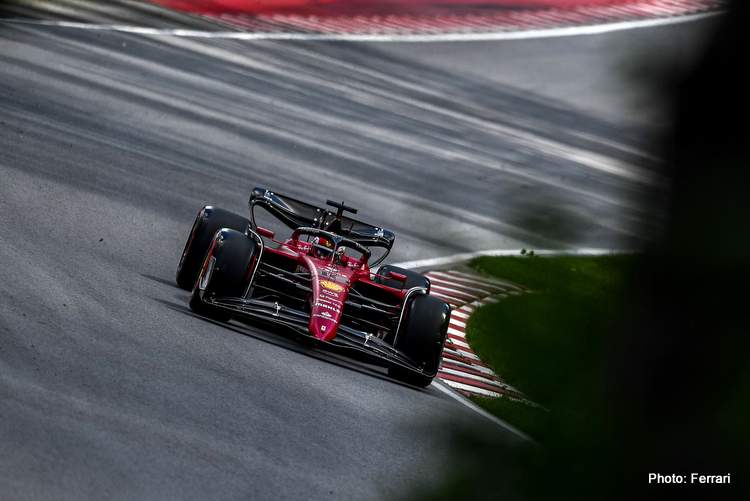 Charles Leclerc lamented the FIA’s decision to clamp down on “porpoising” in Montreal, as it puts all the work Ferrari have done in the bin.

As a quick reminder, among others, Mercedes’ drivers, George Russell and Lewis Hamilton, have been the most vocal about the risks of “porpoising”, which pushed the FIA to issue a technical directive to reduce the phenomenon on the basis of drivers’ health and safety.

The Ferrari driver was asked about the topic that has become the main talking point ever since the Formula 1 circus landed in Canada this week.

“I obviously understand George’s point because when you see him and Lewis get out of their car after Baku, it’s very bad,” Leclerc began. And you can feel probably the pain that Lewis is going through at the moment. And this is not acceptable.

“But on the other hand, also, you cannot underestimate the amount of work that’s been done in the last few months by teams to actually get on top of those issues,” he rightfully pointed out.

“This is our main priority since the first time we tried these cars. We’ve been working to get on top of those issues. And I think the improvement has been massive.

All the hard work in the bin

“And now all of the work that we’ve done, just put it in the bin because obviously there’s maybe one team that is struggling more than others.

“So this is my point of view,” he insisted. “I obviously understand that on Mercedes, it’s very bad but I also think that there are maybe fixes for this.”

Leclerc had a slow start to his weekend on Montreal, fifth fastest in FP1, but then found some pace and was second fastest in FP2, 0.081s behind session leader and rival Max Verstappen.

Leclerc reflected on his day in the team’s press summary, and said: “It’s really good to be back at this track!

“It has a lot of character, and it’s always fun to drive on circuits where you have to ride the kerbs so much,” he added.

“It was a positive first day overall. We did a good job improving our set-up from FP1 to FP2. Track evolution is usually quite big at this track, which was also the case today.

“The wind was quite strong, but it didn’t affect my running much. Our main focus going forward will be in preparing our race in the best possible way,” the Monegasque explained.

Leclerc’s teammate, Carlos Sainz, who was second and third fastest on the two opening practice sessions respectively, added: “It’s great to be back in Canada.

“A circuit that is demanding, bumpy and full of kerbs, so it’s definitely a challenge for these new cars. I’ve enjoyed the first practice day and we have been able to progress well through the two sessions.

“It got very tricky at times due to the strong and gusty wind, but we managed to complete all our programme without any issues,” the Spaniard revealed.

“Understanding the tyres will be very important come Sunday and we gathered good data with today’s run plan. I’m looking forward to tomorrow’s qualifying,” he concluded.

Leclerc not sure when Ferrari will sort reliability

Ferrari had a double DNF in Baku last Sunday, and while they have found a quick fix for the hydraulic issue that was the reason behind Sainz’s retirement, they are yet to pinpoint the problem that hit Leclerc’s power unit.

Leclerc reflected on his reliability woes with the media on Friday, and said: “I think we are aware of the pace there in the car. So in this, we find a confidence.

“Then we know that obviously reliability has been a problem in the last three races, but performance is there. So we know that whenever we fix those issues, we’ll be right there fighting with Red Bull for the championship.

“And I’m confident with this team, because they are giving 200% as always, obviously, but I’m sure that once we fix our issues, we’ll be able to catch back Red Bull,” he insisted.

However the Ferrari ace is not sure when his team can sort out the reliability, saying: “What I mean is I don’t know how soon we know what to do. But I don’t know what is the time to sort things.”

Ferrari said Leclerc will get a grid penalty as a new control unit, his third and one more than allowed has been added to his F1-75. (Additional reporting by Agnes Carlier)

UPDATE: A new Control Electronic has been fitted to Charles’ car prior to FP2. It is the third of these elements used so far this season – only 2 are permitted – therefore Charles takes a grid penalty. #CanadianGP pic.twitter.com/90QUji6gKx