Perez: I’m in the best team at the best moment of my F1 career 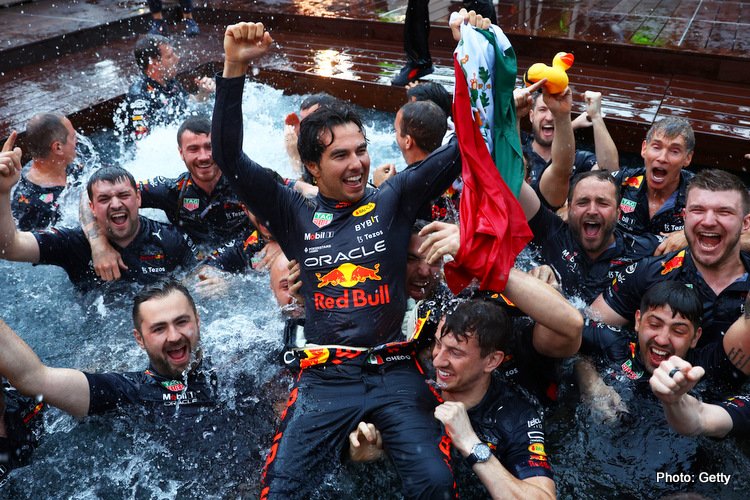 Monaco Grand Prix winner Sergio Perez has put behind him his post-race-party shenanigans, declaring he is at the best stage in his Formula 1 career.

The Red Bull driver, father of three, who was caught on video dancing intimately with an unidentified woman after his third victory in F1, his best and probably most important as he flings his hat into 2022 world championship contention, inking a two-year extension with the Blues.

Previewing this weekend’s 2022 Azerbaijan Grand Prix, Perez said: “I was very happy to extend my stay with the team until at least 2024, that tells you the great work we have done together and how happy we are with each other.

“Having my future decided allows me to stay one hundred percent focused on the main goal of winning races and world titles. It’s amazing how hard work always pays, two years ago I was without a seat in F1 and today I’m in the best team.

“I can only say that I am happy and very grateful for the opportunity. Today I think I am in the best moment of my career and driving for a team that always seeks perfection, which is the perfect match for me and for any driver,” declared Perez.

Checo: The Championship fight is really tight, so we need to be totally focused 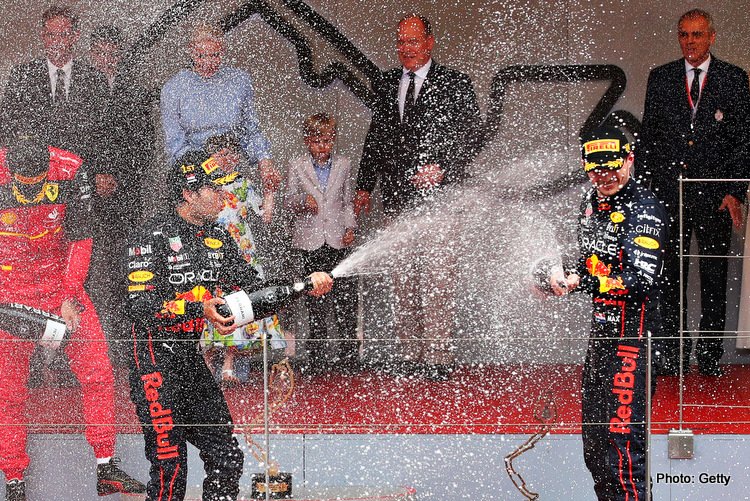 Perez was stellar in an incident-packed Sunday at Monte-Carlo. He overcame the Ferrari front row of Charles Leclerc and Carlos Sainz on a rare weekend when he had the better of Verstappen.

“I am still very excited to think about what we achieved as a team in Monaco,” continued Checo. “Seeing the joy it brought to my family and my country motivates me a lot. However, we must put the emotion aside and focus on the next race, which is Azerbaijan.

Last year the Mexican, veteran of 220 Grand Prix starts, won an enthralling race in Baku, his first F1 victory in his first season with the Bulls; Perez the only driver to win in Red Bull colours, other than his World Champion teammate Max Verstappen since Daniel Ricciardo won with them in 2018

Perez recalled: “It was very special winning my first race with the team in Baku last season, it brought me great joy. I like street circuits because it is where the driver can really make the difference. Of course it is easier to make a mistake when you’re trying to go on the limit.

“At the end of the day that is what gives you the tenths you need to be competitive,” added Perez, who lies third in the 2022 F1 drivers’ standings after seven rounds, training leader Verstappen by 15 points and six behind second-placed Ferrari driver, Charles Leclerc.