Verstappen: We have to find a little bit more pace 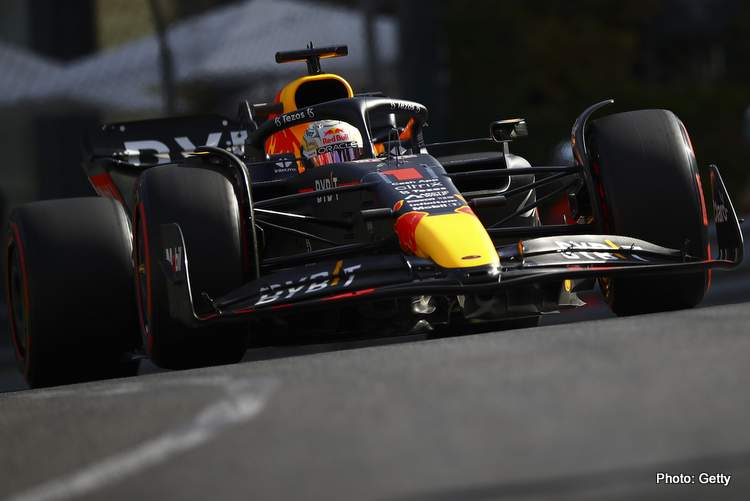 Verstappen did not seem to be in the zone during FP1 and FP2 in Monaco, as he was fourth fastest in both of them, while his teammate Sergio Perez was second and third fastest respectively.

The reigning Formula 1 World Champion said after practice: “I think overall we’ve been trying a few things around here to see how the car’s behaving.

“I think I was a little bit happier in FP1 than FP2 and yes of course, if you have a little bit of a better balance, you can attack a bit more and of course your lap time comes out a bit better.

“Clearly, compared to Ferrari we have to find a little bit more – and now it’s also about finding my balance as well,” the Dutchman admitted.

Speaking of how the 2022 F1 cars felt around Monaco, he said: “You can feel the weight of the cars, a bit heavier, a bit slower, a bit bumpier in these cars as well because they are stiffer, but it’s alright.

“It’s a bit more difficult with the visibility but it’s very hectic to drive around here,” the Red Bull ace concluded.

Red Bull have the edge in the long runs

Red Bull consultant Dr. Helmut Marko reflected on his team’s position and offered some explanation as to why the team’s star driver suffered to find pace during practice.

“We are currently too far behind Leclerc in a single lap,” he said.” In the long runs, we were clearly better on the Medium tyres but we now have to address the balance.

“With Max, we had deliberately tried something with the set-up, but that did not go in the desired direction,” the Austrian revealed.

The problems, however, are known according to Markos who said: “In the first corner we mainly suffered from understeer, but then oversteer again.

“After FP1, the balance deteriorated. The changes we made had clearly not made it better,” he admitted. “It’s mainly in the first sector, but we believe we know the cause.”

Perez surprised with the gap to Ferrari

Sergio Perez had a better day than his teammate and said on Friday afternoon: “It’s really nice to be driving back in Monaco, as always.

“It’s been a good two sessions – the long run was a bit difficult with the traffic – but all in all, we seem to be lacking a bit compared to the Ferraris; they seemed very strong today.

“So, we will analyse everything and see what we can do. But they seem to be pretty strong today,” Perez admitted.

The Mexican was surprised that Ferrari pulled a gap of over three tenths in FP2 and said: “We were surprised.

“Q3 is what matters,” he insisted.