Barcelona Takeaways: The good, the bad and the messages 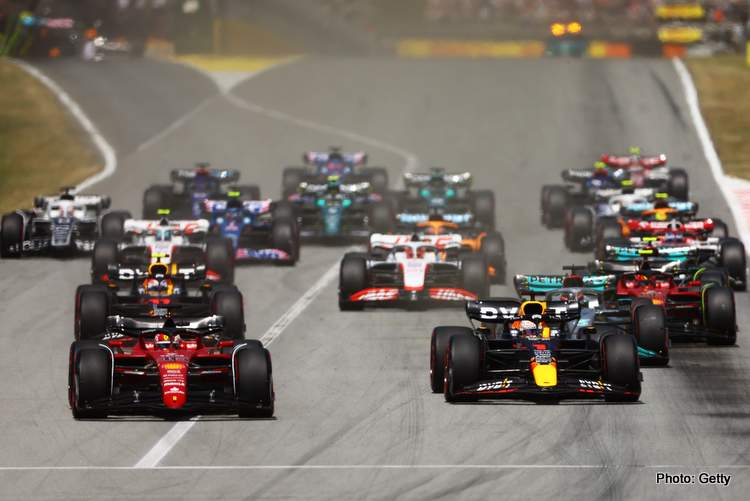 The Circuit de Barcelona-Catalunya always had the infamous reputation for delivering boring races, however, the 2022 Spanish Grand Prix was a humdinger.

Since Formula 1 teams were planning to bring updates to their 2022 machinery, except for Haas of course, the weekend in Spain was going to be interesting, as we looked forward to see how the ground-effect F1 cars will evolve, and how will that affect the pecking order that has emerged over the previous five races.

However, that was as much excitement as we expected, since the track in Barcelona – despite being a proper test for an F1 car’s credentials – is notorious for the rarity of overtaking opportunities, delivering processional racing over the years.

But as it turned out, last Sunday’s race was a genuinely enjoyable one. There were overtakes, there was drama, there was proper on-track fighting, while off track drama was not lacking either.

As things transpired, Max Verstappen won one of his toughest races to date, his only error being his brief off moment at Turn 4, but after that was impeccable in executing Red Bull’s brilliant strategy, while dealing with his DRS issue. His tussle with George Russell was the highlight of the race. Great stuff!

While misery awaited Charles Leclerc, Mercedes seemed to have turned a corner with their wild W13 apparently tamed into submission having received the Spanish treatment.

Plenty of stuff to talk about, so let’s get on with it… Our Takeaways from the 2022 Spanish Grand Prix.

Ferrari need to hit back, and now 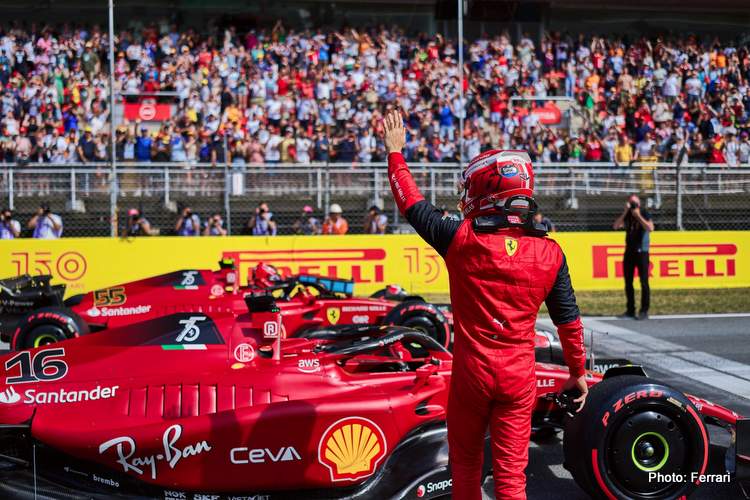 To their credit, Ferrari were well on their way to a dominant victory in Barcelona. That’s until Leclerc’s MGU-H and Turbo let go. The upgraded F1-75 was as dominant as its previous iteration from the minute it hit the track during Friday’s practice sessions.

So dominant was the car, and so high was Leclerc’s confidence in it, that he was unperturbed by his error on his first Q3 qualifying run, and went out and delivered a banging lap to take pole by over three tenths.

In the race Leclerc was in a good position with Verstappen suffering from a misbehaving DRS, and being thrown into the gravel by gusts of wind at Turn 4, but it was not meant to be. The F1-75 lost power and that was it.

With Verstappen going on to win the race, the Dutchman now has three wins in a row, and incredible momentum on his side, which means Ferrari and Leclerc need to stop that as soon as Monaco next weekend, if they hope to prevent the reigning World Champion from running away with it.

The F1-75 should be handy around Monaco’s slow corners especially with it power unit’s drivability that helps the car shoot away quickly out of corners, and Leclerc knows how to deliver a fast lap around his home town.

However, he must keep it out of the wall, and Ferrari must bring their A-game operationally, or else Red Bull will have a chance to deepen the Reds’ wounds, keeping in mind that Mercedes – reborn in Spain – are worth monitoring in Monaco.

Keep an eye on Mercedes from now on 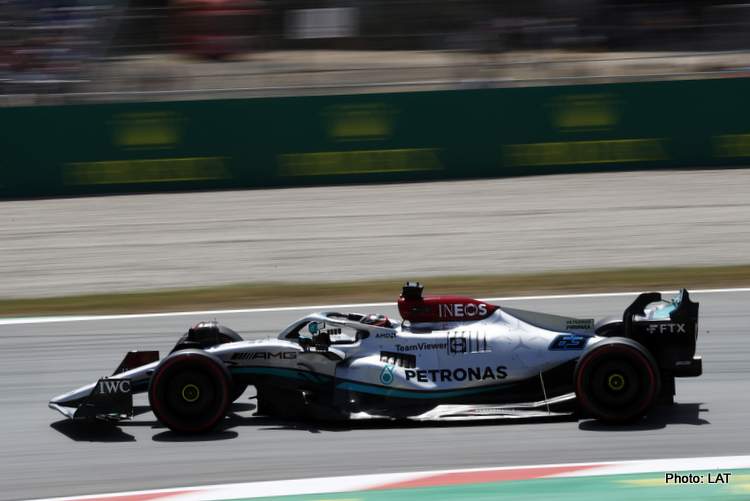 Mercedes have always said that they will focus on sorting out the “porpoising” of their car before bringing any performance updates. They are adamant that the W13 has some serious pace in it once it focuses on going rather than bouncing.

Well in Barcelona, the bouncing was gone, and without any major updates, the 2022 Silver Arrow was pretty fast, especially in the hands of Lewis Hamilton who went from last, after the early contact with Kevin Magnussen, to fifth in what is supposedly the third-fastest car on the grid, with fourth being the ideal result had it not been for the water leak he suffered.

Now, with “porpoising” out of the way, the eight-time Constructors’ Champions can now focus on extracting the performance they always insisted they had in the W13.

Mercedes claiming they can still fight for the Championship, which is not an outlandish claim by the way, as George Russell – amazing drive in Barcelona – is only 36 points behind Verstappen in the Drivers’ Standings.

Red Bull and Ferrari should be wary of the silver threat… 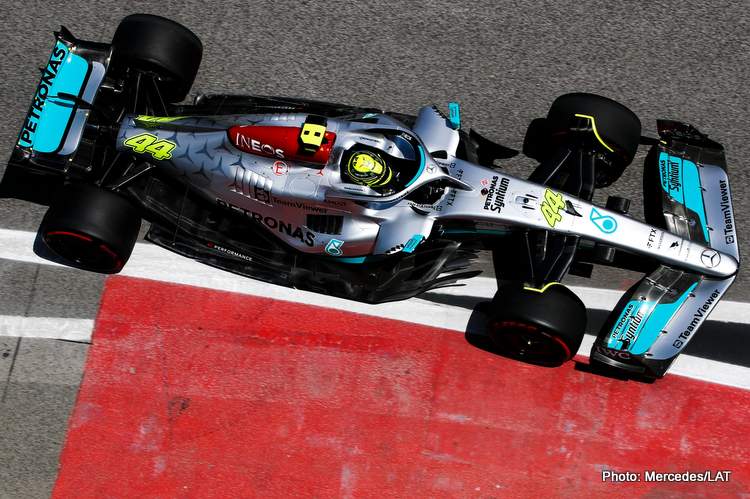 Now this issue has been one of the major talking points in the aftermath of the Spanish Grand Prix, but with many downplaying it, I feel it is worth giving it a mention.

Hamilton has come back from more difficult situations in races before, and always had the “never-give-up” attitude along with a steely determination in an F1 car.

His radio message to the team to retire the car just after his contact with Magnussen was out of desperation no doubt. He has gone through much lately.

He lost the Championship in Abu Dhabi last December in controversy, and then got slapped in the face with the fact that his car in 2022 “was” a lemon (not anymore though).

He has to deal with a new teammate in the form of George Russell, who is far off from the obedient Valtteri Bottas, and let’s not forget his latest saga with the FIA about his jewellery.

Getting that puncture at the start of Spanish Grand Prix was him being “beaten-when-down”, so frustration would be expected to surface, but I would have expected a rant from him over the radio, not what we heard.

Lewis is human after all, and is bound to get drained, but it has only been five tough races prior to Barcelona not a whole season in a slow car. What would he have done had he been in Fernando Alonso’s place in McLaren between 2015 and 2018.

A seven-time F1 Champion should have more stamina to endure tough time, but hopefully his strong race in Barcelona will raise his spirits. 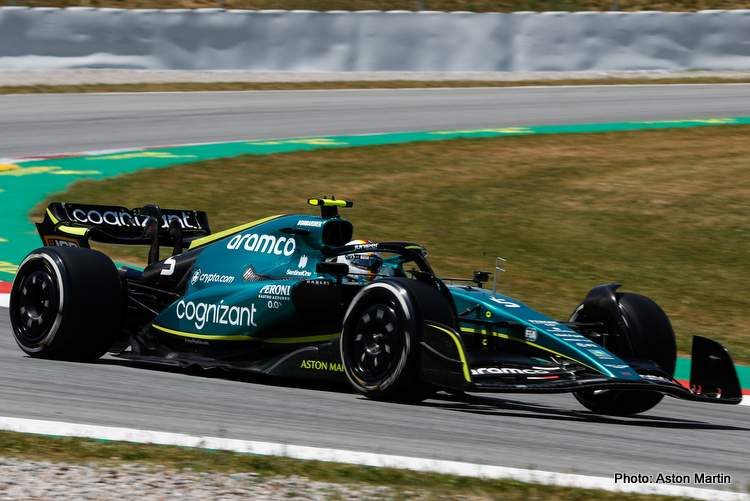 Our  Barcelona Takeaways would not be complete without talking about Aston Martin’s revamped AMR22, aka the “Green Bull”, that has given people something else to talk about other than Hamilton’s row with FIA over jewellery.

So many questions came to mind when the updated AMR22 broke cover, the first being: Haven’t they learned anything from their “Pink Mercedes” fiasco?

Then the FIA deemed the car legal, but Red Bull are still suspicious considering how much technical staff they hemorrhaged to Aston Martin, Dan Fallows being the most prominent, and they are entitled to their doubts.

The energy drinks outfit are conducting an internal investigation on the matter, and time will tell how this debacle develops. Will Aston Martin end up losing points and paying a fine?

Well Lawrence Stroll does have deep pockets, but will the fine be deducted from their budget? That will hurt with the budget cap.

As for points, they don’t have much anyway, and they don’t seem to be on their way to score any more than the 6 they already have if the “Green Bull” remains as slow as it is now.

But what intrigued me most is the claim of their Chief Technical Officer Andrew Green that they had the new concept developed in parallel with the launch one.

Technically, and here I am risking getting in trouble with Mark Kay, the difference in the cooling layout between the two versions of the AMR22 is so big that you feel Green is not lying about developing two cars in parallel.

Otherwise they wouldn’t have had the time to design and build a new one in the space of five races, not with the complexity of this generation of power units, and we only talked about cooling here.

One has to wonder though; didn’t Aston Martin waste resources with what they did? There is a cost cap after all.

And should whoever took the decision to run with the debut spec be fired? It was the wrong choice after all.

For now, Red Bull don’t have to worry about Aston Martin getting any closer, but this topic is definitely worth keeping an eye on in the near future.

Finally a tweet that caught my eye. A Ferrari mechanic coaxing the stricken F1-75 of Charles Leclerc…

It hurts just as much this morning as it did yesterday 💔

But we’re even more motivated to come back stronger again this weekend 👊#essereFerrari 🔴 #SpanishGP pic.twitter.com/n7AHdhY1oj