Mercedes: Until it’s mathematically over, it’s not over 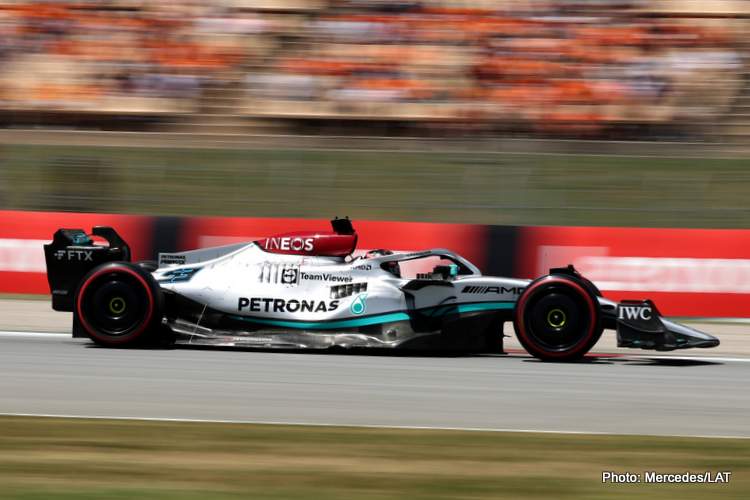 Mercedes are bullish after their improvement at the 2022 Spanish Grand Prix weekend, and insist their Title defense is not over yet, not until it’s mathematically over.

Mercedes have not given up on defending their Formula 1 Constructors’ Title despite a difficult start to the season, the team’s technical director Mike Elliott said on Saturday.

The team, who have won the last eight World Championships, are third overall after five races and 63 points adrift of leaders Ferrari, with Red Bull second and 57 points ahead of Mercedes.

“Of course. We wouldn’t be here otherwise,” Elliott said when asked at the Spanish Grand Prix whether Mercedes believed they could still win the 2022 championship.

“Until it’s mathematically over, it’s not over. We’re not a huge distance behind. If we can get the car to a position where we’re competitive and hopefully out in front then there’s every chance.

Mercedes to have some humility

Seven times world champion Lewis Hamilton, who fought to the last lap of the final race in 2021, is 68 points behind Leclerc and 23 adrift of his own Mercedes team mate George Russell.

Mercedes’ spirits have been raised, however, by upgrades to their car in Barcelona that appear to have reduced the amount of bouncing previously experienced.

“We felt like we made a good step forward yesterday,” said Elliott. “The car seemed a lot more settled. It did what we were hoping for it to do.”

Elliott said chasing their rivals was a healthy challenge.

“It’s quite nice to be coming from behind. There’s a chunk of pressure… But it’s been amazing to see the amount of effort at the factory,” he said. (Reporting by Alan Baldwin)