Mercedes: A solid step forward, the bouncing is gone 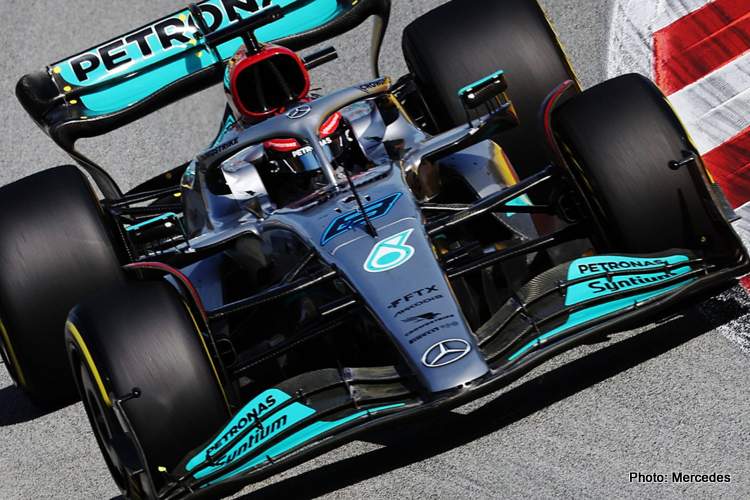 Of all the teams that unleashed updates, Mercedes can be among the happiest with what they have for their drivers Lewis Hamilton and George Russell for qualifying at the 2022 Spanish Grand Prix, and believe they will be better in race trim.

It was an impressive turnaround by the Formula 1 World Champion team to their once woeful Mercedes W13, relative to the toothless ‘upgrades’ brought to Barcelona by the likes of Aston Martin and McLaren.

Signs of a better version of the W13 was visibly evident by far less ‘porpoising’ and a much more drivable car and the results showed that they took a significant a step towards the sharp end, perhaps still down a couple of tenths.

The race on Sunday will tell if the performance gains carry over to race pace on what is expected to be a scorching day in Barcelona.

The team acknowledged in their Friday report: “Today’s running confirmed the step forward made with the new upgrades that have been brought to this race and saw both drivers fighting for second-row starting positions through the session.

“George secured our highest qualifying position of the season so far with P4, and Lewis backed up the strong team performance with P6 although he struggled for rear grip on his final lap.”

Sprinkled in with the Red Bull and Ferrari wingmen, although both Mercedes drivers are satisfied with the progress.

Do Mercedes have the pace to match Ferrari and Red Bull in the race? 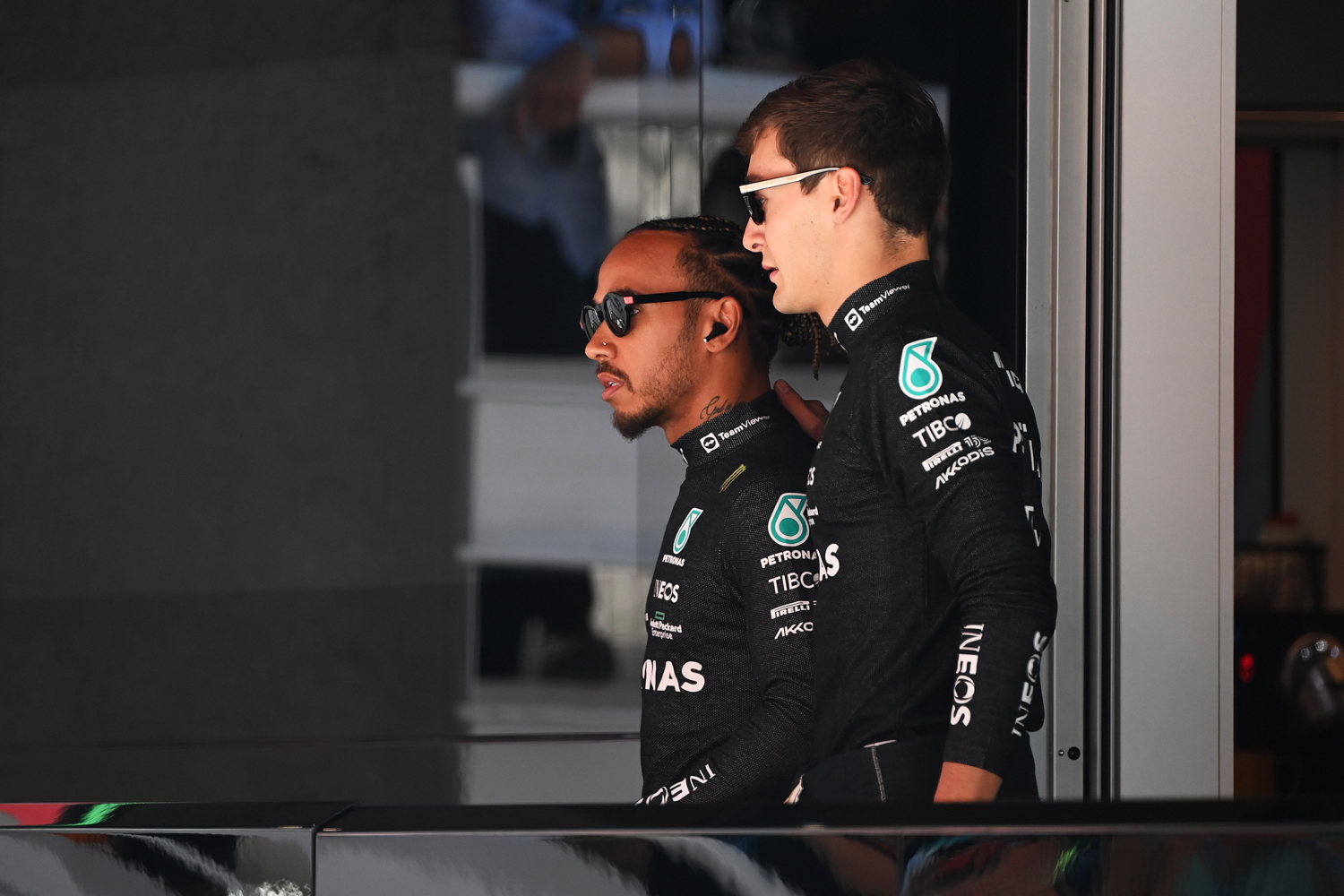 Russell, who was a tenth and a bit faster than his teammate, reported: “Today was a good step in the right direction. It’s our best qualifying position as a team this season, ahead of one Red Bull, and a positive session for us as we’ve finally got a good baseline.

“The pace gap to Ferrari on pole is still big, but there was more potential for us, too – the tyres were not in a perfect window and that made it tricky, especially in Q3.

“There’s a long race ahead tomorrow and I think we’ll be in a better place then – while some of the cars around us are a bit of an unknown. And on the development, we’ve finally now got a good baseline, and we need to continue this path and find more performance.”

Hamilton confirmed: “We’ve made steps forward this weekend and I’m very proud of the team for all the work they have done. The car is on longer bouncing on the straights, but we still have some in the corners, so we need to keep working. We had decent long runs in practice.

“Overall, it’s a positive step to be in Q3 with both cars, and looking at George’s time, we are getting closer to the front. It was a confusing session out there as we had been given a delta time to respect in qualifying for the out laps – and not everybody was doing so.

“The cars that followed the guidance had a performance disadvantage as the tyres were hotter starting the timed lap, so hopefully that will be examined properly.

“Looking ahead to the race, we had decent long runs yesterday, and we know the conditions will be very hot – my target will be to go forward from P6,” added Hamilton who has won the Spanish Grand Prix six times during his career.

Wolff: I think we will be closing them down 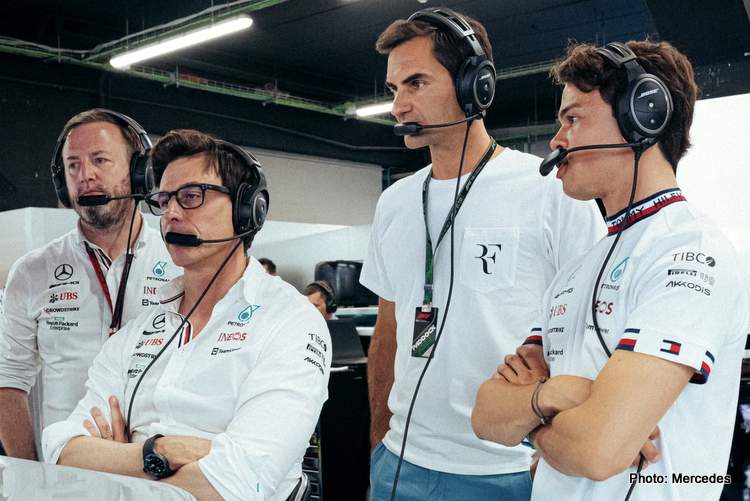 Mercedes team boss Toto Wolff, who hosted tennis legend Roger Federer in the team garage, assessed his team’s performance: “P4 and P6 are probably the best positions we could have expected to slot into today.

“Given the challenges we have faced in the first five race weekends, and the progress we are now starting to make with the car. I believe we have a race car more than a qualifying car, so we will see how that goes.

The trend has generally been for Red Bull to be stronger in the race, Ferrari less so, but who knows what will happen. Overall, I think we have made a solid step forward this weekend, and we know how to unlock more performance, too.

“Our rivals have continued development while we have paused to solve the bouncing – so when we pick that up and start to better understand the tyres now the bouncing is gone, then I think we will be closing them down,” predicted Wolff.

Ahead of the race on Sunday, Russell lies fourth in the 2022 F1 championship standings after six rounds, Hamilton is sixth; Mercedes are third in the constructors’ standings.