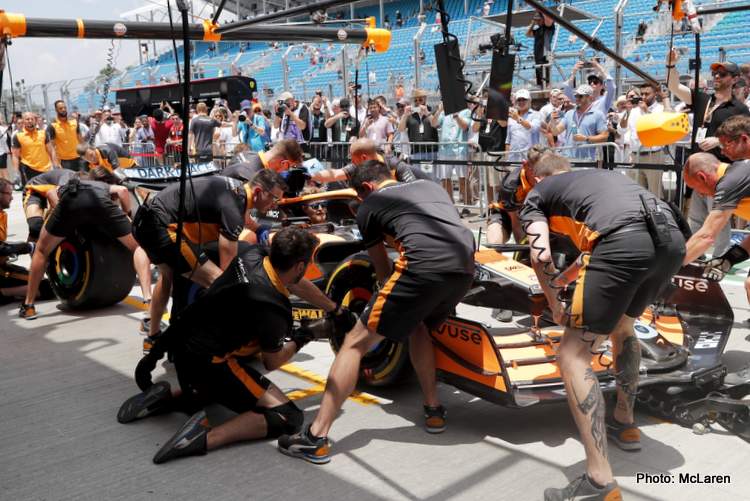 McLaren are working flat-out to get upgrades to their car for this weekend’s 2022 Spanish Grand Prix, so says their driver Lando Norris who suffered a DNF in Miami last time out.

The Woking outfit is currently the Best of the Rest behind Ferrari, Red Bull and Mercedes in the 2022 F1 constructors’ standings ahead of Round 6 in Barcelona on Sunday, and in the long run, Zak Brown’s team may fancy a shot at dysfunctional Mercedes, who are currently ahead of them on points. But it is early days.

Meanwhile, the opposition won’t be standing still either. In fact, now that the flyaways are done and dusted, back in Europe, teams will be unleashing unprecedented upgrades to their packages; some predicting very different cars than the ones we saw in Miami for some teams eg. Aston Martin.

In the McLaren preview of the Grand Prix weekend in Spain, Norris revealed: “The team are working flat out to bring upgrades to the car as we speak, so hopefully that will give us the boost we need as we head into this doubleheader. Let’s keep at it!”

Norris continued: “I’m excited to be heading back to Europe and racing in Barcelona this weekend. I like the circuit in Spain as it has some nice features, a mixture of challenges and speeds, and a great crowd. I’ve put the retirement in Miami behind me and I’m fully focused on the race ahead.”

Norris collided with Pierre Gasly’s AlphaTauri late in the race, which mean a DNF for the McLaren driver. He heads to Barcelona upbeat: “We got some good running in at the track during February testing.

“I’m looking forward to adding everything we’ve learned from the season so far to the data we got there previously from the new regulation cars.

“Miami highlighted that we still have a way to go to get back to consistently fighting at the top but it’s important for us to remain optimistic,” said Norris, who lies seventh in the F1 standings after five rounds. 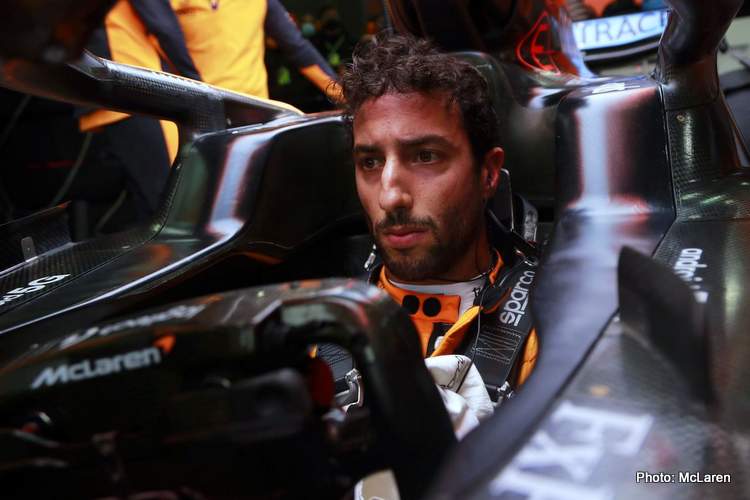 On the other side of the garage, Daniel Ricciardo is in the spotlight as his younger teammate shows him up and questions of his future with the team have inevitably arisen.

Perhaps they are a tad premature to write the Australian off, but time is running out for him to at least match, if not beat, his teammate weekend in and weekend out, not just once or twice a year as is happening.

Ricciardo remains positive as always: “I’m looking forward to going to Spain! There were some good battles in Miami with great support as always from the fans, but it proved to be a tough circuit for the team.

“Looking to Spain, we have to keep a positive mindset and apply everything we learned from last race weekend. It was a good race for me here last year so I’m looking forward to getting back out there in the new regulation cars and really get the most out of the MCL36.

“Having tested here back in February, we have more of an idea on what to expect under the new regulations than we do at other race weekends. It will be good to see where we can make improvements and put the upgrades we’re bringing to the test.

“Our performance since Bahrain has shown we can consistently fight for the top 10, so it will be great to get back on track and keep at it. We’ll keep pushing and keep coming back stronger,” added Ricciardo, who is 11th in the championship, having scored a third of what his teammate has been able to do in the same car.

Team principal Andreas Seidl confirmed: “We are bringing some upgrades to the car for the weekend. I know it’s been an extremely busy week or so for many of the teams making changes ahead of Barcelona so it’s going to continue to be a tight fight for points.

“We performed well at this track in pre-season testing so it will be interesting to see how our car will perform with the upgrades we’ve made since then.

“Hopefully we can have some good battles and get both cars back into the fight for good points,” concluded Seidl.