Wolff: Mercedes in no man’s land 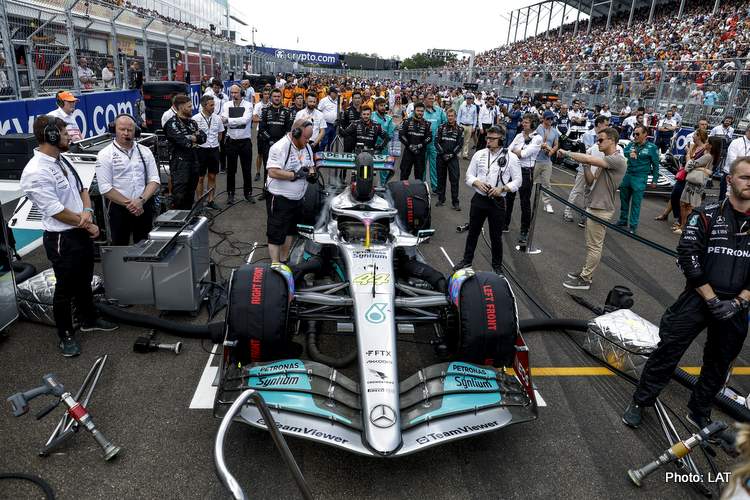 Mercedes boss Toto Wolff admitted that the team find themselves in no man’s land, after another difficult weekend at the 2022 Miami Grand Prix.

Their form fluctuated over the weekend, showing decent speed on Friday, only for things to go backwards on Saturday’s practice and qualifying.

Wolff reflected on the weekend in Miami admitted the team are going through a dull moment as they linger, third quickest on the grid behind Ferrari and Red Bull.

“At the end of the day there is no happy or not happy moment; at the moment it’s a bit dull,” he was quoted by F1’s official website. “We are third-quickest on the road – in a way in no man’s land. We had a good Friday, we need to dissect why that was, and then come back.

“We will be looking at all the data that we have generated, and try to find out why… we had really good sessions on Friday, we had a quick lap – and dissect why that is, because we are not on top of it at the moment,” Wolff added.

Mercedes flying in the fog

The Austrian was honest that the team has kind of lost their way trying to find out how the W13 – a promising car they believe – is not behaving as they expect it to.

“We’ve been straight from the beginning, flying in the fog a little bit,” he admitted. “It’s clear there is potential in the car and she’s fast.

“But we just don’t understand how to unlock the potential. It’s probably a car that is super difficult to drive, on the edge, dipping in and out of the performance window; more out than in.

“And dissecting the data with a scalpel is just a painful process, because it takes very long and as a matter of fact, the data sometimes doesn’t show what the drivers tell us and they have their hands full with a car that is just not at all nice to drive, or comfortable to drive, or predictable to drive. But the data don’t show these big swings,” the Mercedes boss explained.

“We haven’t had this situation before in any of the years, where it just didn’t correlate at all with what we see on our screens, with what the driver feels and that’s making it even more difficult,” Wolff lamented.

Mercedes have revealed that they will be looking to have an upgrade package for the next race in Barcelona, and will be soon assessing whether to stick to their “zero-pod” concept or ditch it in favor of the more conventional concept they debuted in winter testing at the Spanish venue.