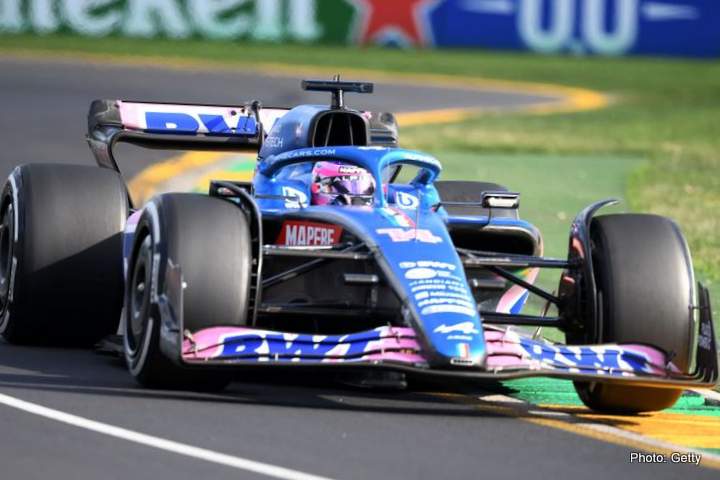 Fernando Alonso was left ruing his luck after finishing last at the 2022 Australian Grand Prix, admitting it was hard to accept how everything is currently going wrong.

The double Formula 1 World Champion looked strong all weekend in Melbourne, but a hydraulics failure during Q3 in qualifying on Saturday meant he lost control on his A522 on his first hot lap, crashing out, and ended up qualifying tenth, when a much better result was on the cards.

On race day, Alonso was doing well, but the timing of the Safety Car during the race hurt his strategy, as he ended up finishing the race dead last.

Asked about his race down under, the Spaniard said: “Speechless, to be honest.

“It’s hard to accept that everything is going in the wrong way at the moment. But it’s only three races in the championship, still 20 to go.

“Luck I guess is going to compensate sooner or later in the 23 races and we will be in other occasions lucky, I guess so,” the 2005 and 2006 F1 Champion mused.

Another good chance of points lost, as Jeddah before

Alonso was on to a good result in the previous race in Jeddah as well, but an engine failure prevent what he predicted to be a sixth place.

“But at the moment we lost P6 in Saudi guaranteed,” he recalled. “Here I think we were looking for P6 or P7 before the safety car.”

With Max Verstappen retiring from the race, George Russell took his first podium for Mercedes at Albert Park, but Alonso reckons it would have been him on the podium instead of the Briton, had he qualified well, had he not crashed.

“And obviously, if we take into account yesterday, the podium today was very easy with Max [Verstappen] out,” the 40-year-old added.

“Beating George [Russell] to the podium, I think we were quite fast, a lot faster than the Mercedes in this circuit, so we lost an opportunity.”

To add to his misery, Alonso emerged from his pitstop on Medium tyres into a trains of cars lead by Aston Martin’s Lance Stroll who was followed by Pierre Gasly who struggled to overtake the Canadian for several laps before making his move stick.

Alonso was frustrated stuck in the queue, unable to overtake as all cars had DRS, as he went over the team radio, clearly exacerbated, asking: “Who is in the AlphaTauri?”

Told it was Gasly he responded in classic Alonso style: “I mean I don’t get it, why don’t he overtake?”

But being stuck in traffic for so long hurt the #14 Alpine’s tyres, and he ended up slipping down the order.

“It was difficult,” Alonso said of the stage of the race. “We exited the pitstop and there were four cars in front of us with a DRS train.

“If they are one-by-one you pass them, but when they are four and they all open the DRS, it was impossible. So we killed the tyres.

“As I said, it’s tough but it is the way it is. We cannot look back, only look in front of us, and Imola is another opportunity,” the man from Oviedo, Spain concluded.