Future Australian Grand Prix scheduling up in the air 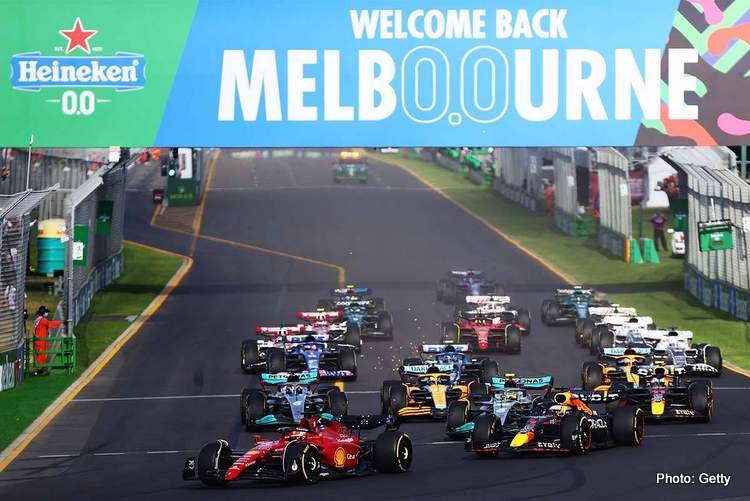 Record crowds at the Australian Grand Prix were a welcome boost for organisers after a two-year hiatus, but where the race sits in the Formula 1 calendar remains up in the air.

Albert Park has traditionally hosted the Championship’s opener but was slotted in as the third stop this year after a Middle East doubleheader in Bahrain and Saudi Arabia.

An estimated 419,000 people flocked to Albert Park over the four-day race week from Thursday to Sunday, outstripping the previous record attendance of about 401,000 when Melbourne’s lakeside circuit first hosted the Grand Prix in 1996.

While the crowds underlined a Netflix-fuelled resurgence of interest in F1, drivers were cool on the race’s scheduling as a standalone week before the series continues in Italy.

“Just coming to Australia for a single race is quite painful for everyone,” said Red Bull driver Sergio Perez, runner-up to Ferrari’s Charles Leclerc on Sunday.

“We all want to come here, but there are ways we can improve and in fairness to F1, Australia hasn’t been on the calendar for the last (two) years. I’m sure that going forward they can have a look at it,” he added.

Take us back to this moment 🍾

Drivers ok with Australian race not being a season opener

While Mercedes’ George Russell said Albert Park’s previous scheduling as a season-opener was “cool”, drivers may not be willing to shift from the new arrangement, which has had Bahrain hosting the first race after pre-season testing in the Gulf nation.

“It works well at the moment because we are doing the winter testing in Bahrain, it makes sense to stay there,” said Perez.

Australia’s future scheduling may depend on the proximity of other races in its East Asian timezone, as after a three-year absence due to COVID-19, China is slated to return next year, with Shanghai renewing its contract with F1 through to 2025.

Shanghai’s usual April slot would be a natural tie-up for Australia in an early season Asian swing, though the Chinese government’s strict “zero-COVID” approach could make the race untenable if sustained into 2023.

Shanghai is currently locked down as it battles China’s worst outbreak of COVID-19 since it emerged in Wuhan in late 2019.

Formula 1 returns to east Asia in early-October with a swing through Singapore (Oct. 2) and Japan a week later.

Organisers not keen on having late-season slot

Moving Australia to link up with Singapore and Japan in a late-season swing next year may be another option if Shanghai were to drop out again.

However, that is not a palatable option for local organisers, the Australian Grand Prix Corporation (AGPC).

“We’ve proven that we can have success both opening the season and coming in after a couple of races,” AGPC boss Andrew Westacott told Reuters on Monday. “The time for Formula 1 in Australia is early in the season.”

While Westacott noted a standalone race in Melbourne was unpopular with F1 teams, he said the series’ expansion into new markets meant they had “better get used to” heading to different locations.

“The drivers have got to stop whinging in some respects,” he said. (Reporting by Ian Ransom)