Leclerc: Chances for the Championship, make me smile 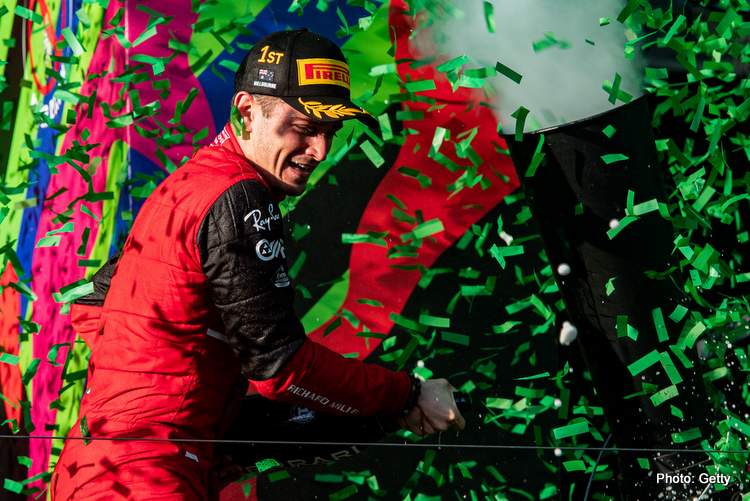 Charles Leclerc was left smiling after winning the 2022 Australian Grand Prix, as his chances of winning the Championship with Ferrari took a further boost.

Leclerc will leave Melbourne leading the Formula 1 Championship with 71 points, as his reliability-inflicted rival, Max Verstappen languishes down in sixth place 46 points down, after failing to finish yet again in Australia.

It was a perfect weekend for the Monegasque, with pole, race win, and the point from the fastest lap all to his name, as the he seemed imperious at the wheel of the rapid F1-75, his lead never threatened during the 58-lap race.

The Ferrari star said after the race: “It’s the first one where we’ve controlled the gap and what a car today. Of course, I did a good job all weekend, but it’s not possible without the car.

“Especially this weekend with the race pace, we were extremely strong,” he reveled. “Obviously we are only at the third race, so it is difficult to think about the championship. But we’ve got a very strong car, a very reliable car too and for now we’ve always been there.

“I hope it continues like this and if it does then we probably have chances for the championship, which makes me smile,” the four-time Grand Prix winner added.

Ferrari were stronger than they thought

Leclerc later admitted that Ferrari suspected Red Bull would be ahead around Albert park, which clearly didn’t turn out to be the case, as the energy drinks outfit struggled with tyre wear all race, never on the pace of the Scuderia.

“Honestly on our paper, maybe we need to review our paper, we were behind Red Bull on this track,” he admitted. “We were stronger than what we thought so it was a good surprise.

“Obviously last year was a very difficult year for us but this year we have managed, well actually the team has managed because I only give feedback of what I want from the car, to get a stronger engine, a reliable engine a fast car and they have managed just that,” he reflected.

“So I am incredibly happy and proud to be driving a Ferrari and it shows how great they are because after the last two years it wasn’t a given we would be back at this level but here we are.

“Now we need to keep pushing, the season is long but it is an extremely good start,” the Ferrari ace concluded.

Ferrari team principal, Mattia Binotto, hailed the job done by Leclerc on Sunday in Melbourne, as well as the team, despite the misfortune that befell Carlos Sainz who miserably spun out early in the race pushing too hard on cold tyres.

Ferrari’s work for the past months is paying off

“I am very pleased,” Binotto said in the team press release. “It’s always great to win and it also boosts the morale of the team who deserve all this, because they have all developed the right mentality to face difficult moments head on and make the most of any opportunity.

“We always say that you can only come out on top in Formula 1 if you do everything to perfection and I think today’s race proved that. Charles delivered a mature performance, something he is now making a habit of.

“It’s a shame for Carlos, because his weekend was complicated by a series of circumstances in both qualifying and the race, which affected his performance,” the team boss said of the Spanish driver’s horrific weekend down under. “I know him well enough to believe that he will turn the negatives to his advantage and come back stronger next time he’s in the car.

“The start of the season has been positive and the work of the past few months is paying off. We will continue to concentrate on ourselves and take it one race at a time. We have earned some time with our families over Easter, but then we will get back to it, working on the next race, which being at Imola, takes on even greater importance.