Alpine: In good shape to get both cars into Q3, more to come 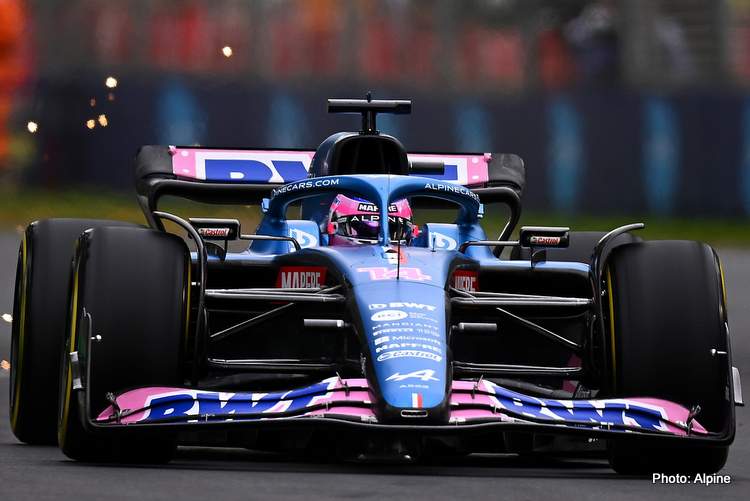 Fernando Alonso made no mention of claiming the fourth-fastest time in FP2 for the Australian Grand Prix, the Alpine veteran clearly has a solid package for the weekend in Melbourne, but team boss Otmar Szafnauer expects both his cars to make Q3 on Saturday.

While TV pundits argued that Alonso may have been in qualifying mode, or using low fuel, no matter what he was only half a second shy of the top time with Esteban Ocon a quarter second down on his teammate in sixth, suggesting there is pace in those Blue & Pink cars.

Whether he acknowledges it or not, those are very positive times albeit early in the weekend, better where they are than say, Aston Martin…

Nevertheless, Alonso made little of the surprising pace they found today: “We had some minor things that delayed us a little in Free Practice 1, but we still managed a pretty normal day for us.

“We completed a good amount of running and got a lot of information from both sessions. There are some balance issues that we need to solve, especially on the higher fuel runs.

“I obviously saw the track yesterday, but I think the changes are positive and the lap is obviously much quicker now. I’m not sure if there will be more overtaking on Sunday, but let’s see.

“It’s definitely great to be back here in Melbourne,” concluded Alonso, with no reference to the performance he enjoyed on day one at Albert Park. 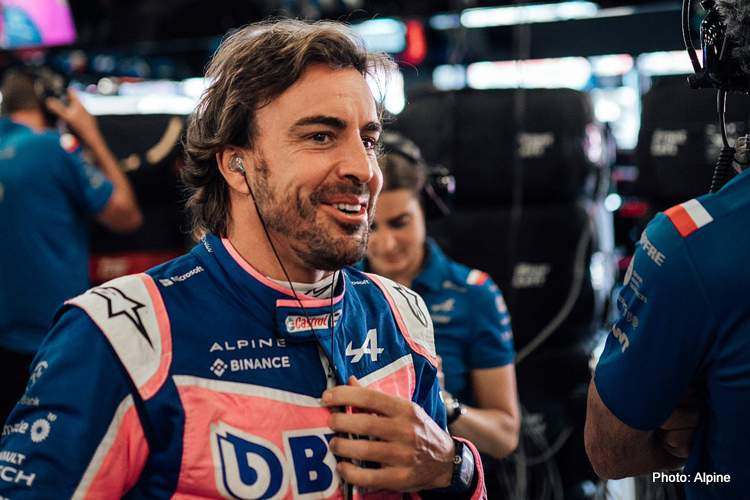 Ocon also said little that deserves a mention, while Alpine sporting director Alan Permane added very little: “We can be reasonably pleased with the cars in both practice sessions, there’s still work to do, especially in extracting the most from the Soft tyre on the first timed lap for qualifying.

“We ran the Medium and Hard tyres with high fuel to assess race performance and this looked in line with our simulations. Overtaking will be difficult on Sunday so it’s essential to extract the maximum from all elements in qualifying,” added Permane.

Alpine team principal Otmar Szafnauer was more forthcoming in his summary: “The pace on the long runs looks consistent and competitive. And I think we look good on one lap too.

“There’s a little more to come, I think we’re in good shape to get both cars in Q3,” said Szafnauer, adding that the new faster Albert Park Circuit layout “maybe suits our car a bit better.”

Reading between the lines, they have a handy car and there appears to be more to come which sets them up as the cat among the pigeons, the latter being pace-setters Ferrari and Red Bull.

For Alonso, he is back at the venue where he made his debut back in 2001, a place where he has had mixed fortunes over the years; winning in 2006; his second F1 championship-winning season with Renault..

A decade later, driving for McLaren, he was lucky to walk away alive from one of the most terrifying accidents witnessed during the 2016 Grand Prix in Melbourne.

This Sunday, 40-year-old Alonso will line-up for his 337th F1 start, and if indeed the Alpine is the cat among the Red Bull and Ferrari pigeons, then expect a proper catfight.

756 days later, we’re back in Melbourne. A strong start to the weekend, let’s hear from Otmar for our technical debrief.#AusGP pic.twitter.com/pmjeBH7un6