F1 Betting: How we stand after two rounds 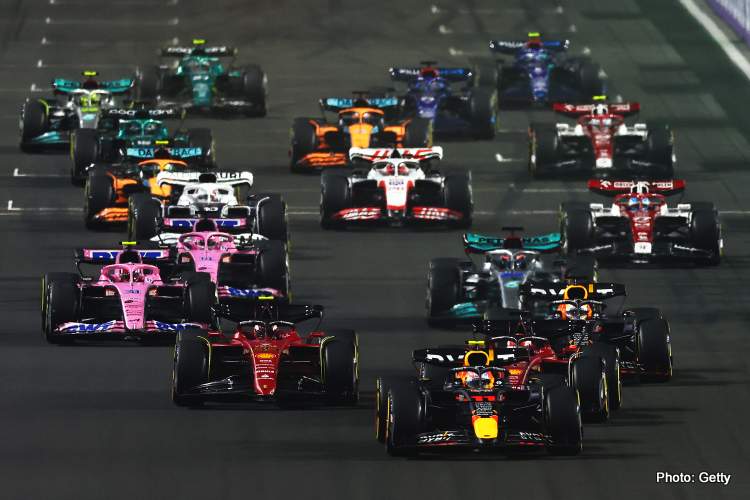 Two rounds into the Formula 1 World Championship, here is the next episode in our social experiment to see if F1 Betting can actually add to the immersion of following a Grand Prix weekend. Is it fun?

The most each has to lose is 100 bucks, the budget dished out to Kevin and Luis to turn that into as much money as they can by the end of the season, while documenting their journey. They get to keep whatever they make or don’t make…

This is their F1 Betting summary of a memorable Saudi Grand Prix, for all the right reasons on track but for many wrong reasons off it. At one stage we checked the odds to bet on the race not happening; which for a few hours seemed a safe bet until it was not.

The race happened, and what a race it was with a vastly different pecking order compared to last year, the field far closer together and most importantly cars that can actually be raced. This triggers interesting options to wager on but, at the same time, more challenging to predict.

Here is what Kevin and Luis had to say in the aftermath of the race weekend in Jeddah, round two of the 2022 F1 World Championship and also the second round of this social experiment of ours.

Kevin: The truth is simply, having a profit is a win for me 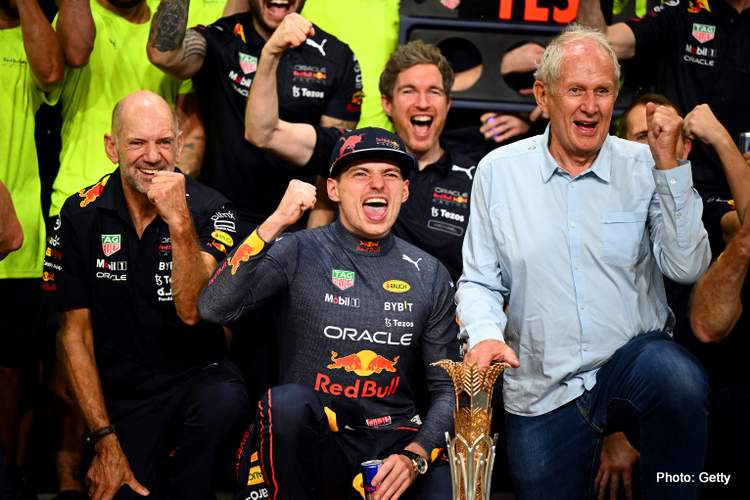 After recording a small profit on small bets from the Bahrain Grand Prix, I decided to start a bit earlier with betting during the weekend in Saudi Arabia.

Heading into FP1, a decent odds’ spread existed between Leclerc and Verstappen which I decided to take a chance on. Historically the first practice is 50/50 at best in terms of betting on the favourites. As seen in Bahrain, Pierre Gasly led FP1, so there was no pattern or formula that could pass as plausible.

I thought it would be reasonable to believe that Red Bull would like to show Ferrari a glimpse of what they’d be up against for the weekend and therefore Ferrari would respond back.

Fastest in FP1 odds for the favourites:

By spreading any sum of money correctly, a return is available regardless which driver leads the session, it’s a lower return, but with lower risk. I spread the money in a way that paid an equal return value regardless who was quickest.

I missed FP2 but again decided to bet on FP3’s  fastest lap, as once again a guaranteed return existed between Leclerc and Verstappen.

Fastest in FP3 odds for the favourites:

With the results of practice suggesting a 1-2 Verstappen/Leclerc order for qualifying, odds between them did not offer a guaranteed win after FP3. In fact a small loss existed between the odds. Not my style, not interested. I began looking for another opportunity minutes before qualifying and found a reasonably safe bet on the qualifying margin:

I was in the belief that the margin from first to second would have been between 0.1 to 0.250 so I apportioned a stake that would return 10% on under 0.1 margin as cover, and the remaining available sum on what I believed to be a highly certain probability with a healthy return.

Kevin: Unfortunately for me, Sergio Perez put in a monster lap regulating my return to 10% 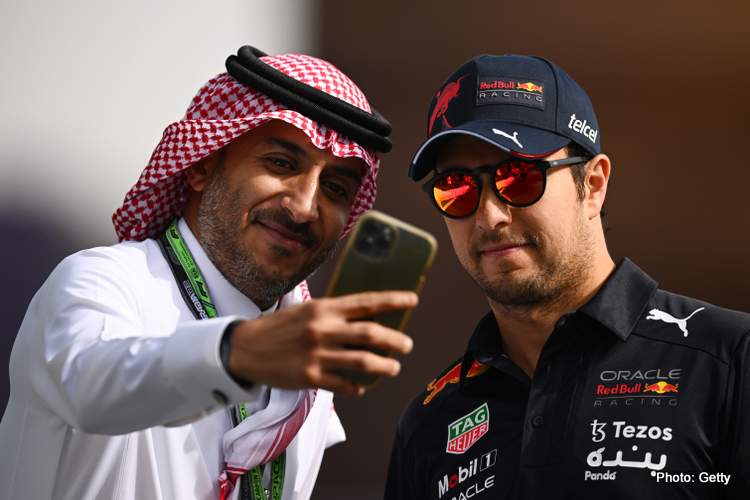 But the blessing of Perez getting pole was that a healthy odds spread opened allowing for a bet on Verstappen, Leclerc, and Carlos Sainz which offered a guaranteed return for the race winner:

I apportioned a stake that would return 5% on Sainz as cover and spread the remaining bet on Leclerc and Verstappen evenly.

With Haas down to a one-car entry and Yuki Tsunoda then stopping pre-race, a near 100% safe bet was on for under 15.5 cars classified race result @ 1.66. I was prepared to stake $60 on it but just as I was about to wager, my breakfast showed up and I decided to ‘eat on it’. By the time I came back, the bet had vanished and did not return. I totally blew it.

Towards the end of the race as Verstappen began to show his pace advantage to Leclerc, odds for a Max win climbed to 4.33, a no-brainer yet I couldn’t convince myself to stray from my low-risk strategy.

The scorecard now shows two losses to my name versus Luis. The truth is simply having a profit is a win for me. I’m looking forward to the Australian GP!

Luis: Making some money or losing heavily depended on the outcome of the Max and Charles battle 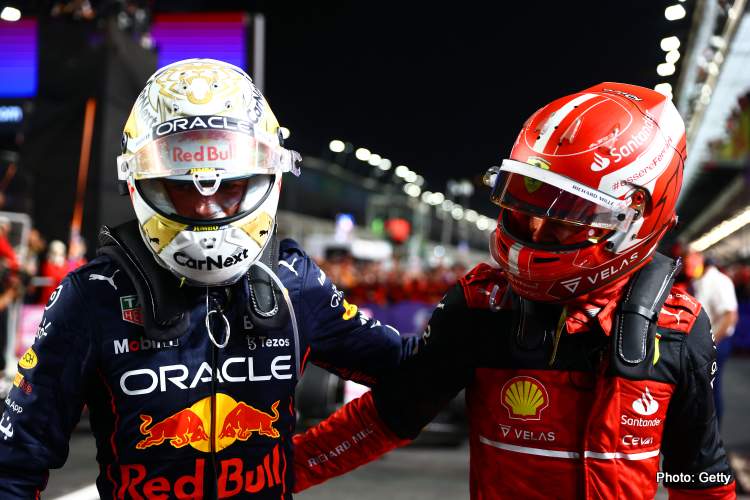 After a relatively successful Bahrain Grand Prix, where “Lady Luck” was arguably on my side, I was determined to prove that my F1 betting wasn’t a one-off kind of thing, but rather a sign of things to come.

A $14 profit in my first outing meant I was quite confident going into the second race of the season and it showed, before the cars had even hit the track for the first time in Jeddah, I had already almost $70 worth of bets! Something I definitely won’t be doing again.

Fair play to Perez, he deserved it after what was an amazing lap put in by the Mexican, but it really did mess with my money. A total of 25€ already lost by betting on the potential pole-sitter, and that wasn’t even the worst par.

In hindsight, a mistake I made and something I probably won’t do again is betting on the race before qualifying even started. I had put my money on the following before even knowing the order of the grid come Sunday:

Yikes! 67.41€ spent with only 28.50€ to show for it. Keep in mind that these bets were made before qualifying and most of them involved Hamilton finishing somewhere at the top, which was looking rather unlikely after his Q1 exit.

Luis: I knew I had to make something happen before the race 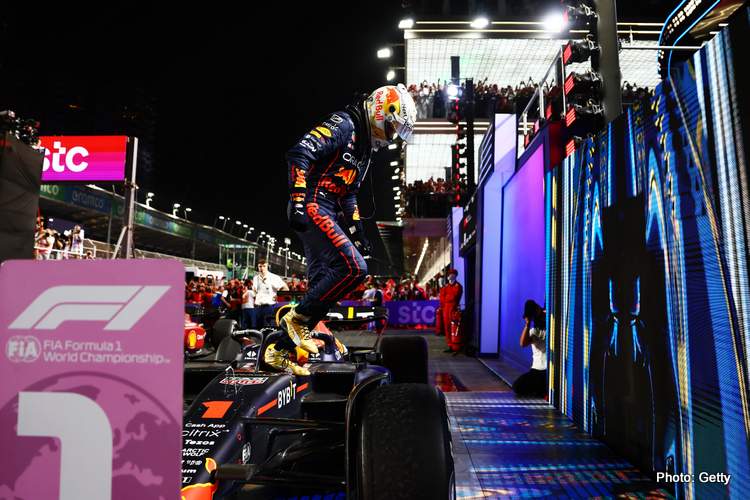 I needed to bet on something that could make or break my season, it was just about all or nothing and so I went for it…

After what was shaping up to be a grim weekend, Max Verstappen came up clutch in the final laps of the Saudi Arabian Grand Prix to secure his first win of the season and keep securing me some much-needed profit.

A crazy ending had me on the edge of my seat watching it unfold at home on TV, bricking it while watching Charles and Max battle it out, knowing full well a lot of my money was dependent on the outcome of said battle.

Doubling down on Max during the race meant my last 10€ were gone and I was down to nothing. It was all down to the performances of the drivers I had put money on, and boy did they catch up. Hamilton and Norris snuck their ways into the top 10 while Max kept cool and stole the show from Leclerc late on.

Pre-Qualifying bets definitely weren’t the way to go, forcing me to play my backup hand, but in the end, it was worth it. 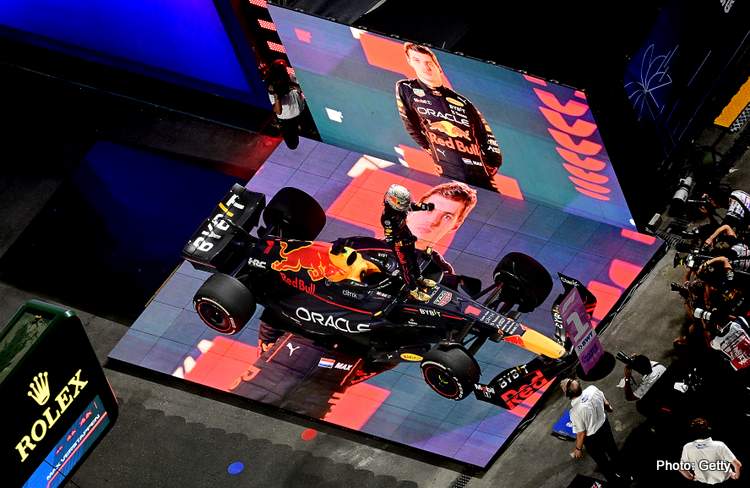 As project leader, I was impressed with how the lads raised their game for the second round with some ballsy calls as they get into the hang of how F1 Betting actually works.

Kevin opened an extra avenue by betting on Free Practice, while he did not quite dig deep and lash out on his bets, perhaps keeping his powder dry for the more predictable races.

On the other side of the coin, it will be interesting to see if Luis follows suit; the latter’s spread-betting strategy gave him a few scares but turned out alright in the end.

As for the enjoyment factor of F1 Betting, the feedback is that it certainly adds an edge-top proceedings, makes them have to focus more intensely on what’s going on throughout the weekend.

In closing, I would like to share a moment experienced with Luis. Just before the race he sat down in front of the TV after a good 10-15 minutes of checking his bets on his mobile, he said: “That’s it phone down, enough with the odds, now I’ll enjoy the…”

Before it could be put down, it was back in his hand, as he quipped: “Stuff it! That won’t work.”