Hamilton: My purpose is not just being a racing driver 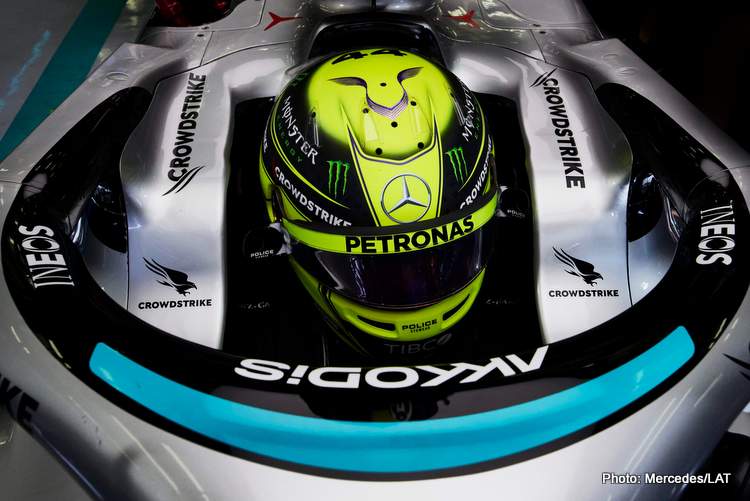 Lewis Hamilton reveals, after years in Formula 1 breaking all sorts of records, that he has found his real purpose, and that it was not just being a racing driver.

The Briton is known for his continuous drive for the causes he believes in, fighting against racism, and promoting diversity within F1.

Hamilton was speaking to Sky Sports F1 ahead of last week’s F1 season opener, the 2022 Bahrain Grand Prix, about his goals: “That’s my role here I think to continue to hold those conversations, sit with Stefano (Domenicali) and say what are you doing and how can we work together?

“It goes back to bringing people on the journey rather than calling people out and unfortunately it takes a lot of yapping but I think people seem more keen to be on the journey together and they empathise more with it and say yes, we can do a better job,” he added.

The seven-time World Champion admits that he has enough exposure to call for change pointing out: “I’ve got this platform and I am able to apply pressure in an uncomfortable way sometimes but also it is a real opportunity to spark that change and that for me is more rewarding than any championship.

“My goal is that in the next five, ten years you’re looking back at the sport and I am watching TV, hopefully with my kids, and they see young women engineers and mechanics and they’ll know there is an opportunity.”

Hamilton is very active on social media, except for the time he went away after Abu Dhabi last year for over a month, and he explained how his perceived that platform, and how he uses it to send his messages through.

He said: “When I was younger and first getting into social media it was very much about building up your platform because obviously the more followers you have the more influence you have.

“Then as I started getting older, realising that when I press this button it’s coming up on other people’s phones, what do I want that post to say.

“I was like I want to take a step back, I want to re-evaluate my life, to re-evaluate where I am and I came to the realisation that I’m not going to let that define my career, it’s one moment but there’s going to be other great moments moving forward.

“I think as I started getting older, I started thinking I am winning these Championships but what does it really mean and I realised that these championships are very rewarding personally but they’re not changing anything,” the Briton maintained.

Speaking of Abu Dhabi 2021, and how it felt losing the Title, he said: “You have another credit to your name but it doesn’t change the world, it doesn’t change the fact we still have wars, we still have racial injustice, there are still people being abused there are all sorts of things out there so what are we going to use this medium for, what are we going to use this platform for.

“I guess I really discovered my purpose, it’s not just being a racing driver,” Hamilton concluded.