Leclerc: There’s much more to come from Ferrari 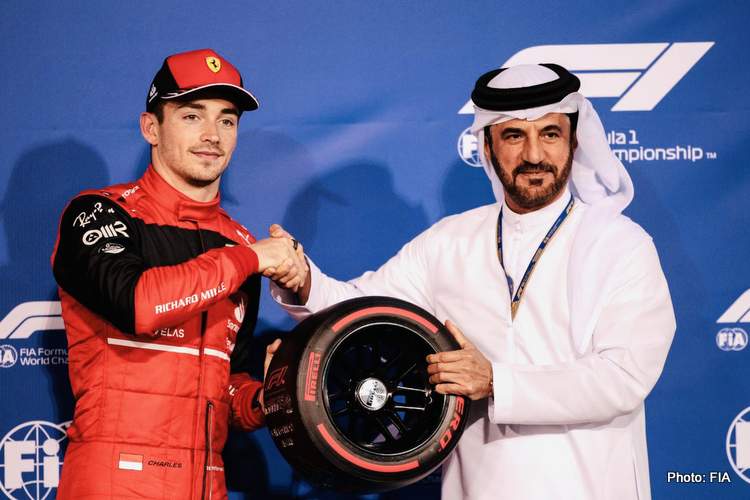 On Friday Charles Leclerc told reporters he was hoping to be in the fight for pole position at the 2022 Formula 1 season-opening Bahrain Grand Prix and, in qualifying, he delivered just that!

While Red Bull’s Max Verstappen was everyone’s favourite to take pole, Leclerc had shown in practice that if anyone could gatecrash the World Champion’s party it was the Monegasque who relishes a qualifying spat and, more importantly, is masterful around the 5.412 km ribbon of tarmac in the desert.

After today’s Bahrain qualifying, Leclerc said in parc ferme, “It feels good. The last two years have been difficult for the team. We were quite hopeful this was an opportunity to be back in the front.

“We have worked extremely well as a team to find ours in the position to fight for better places. Very happy with today. It was a very tricky qualifying session I wasn’t quite happy with my driving but managed to do that lap in Q3.”

After two years in the doldrums, new F1 cars, a new era and all that comes has resulted in a resurgent Ferrari which does not compare to the 2021 car at all according to Leclerc: “From the driving point, it is completely different to last year.”

Charles: It was just a matter of time before we were back in the mix 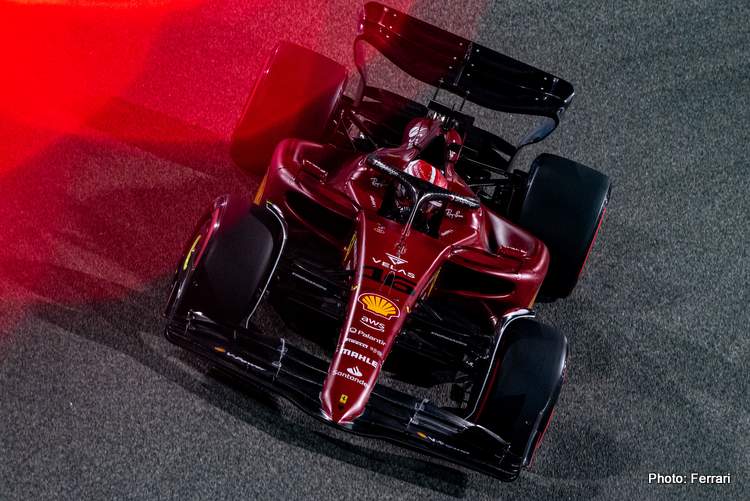 As for adapting and his feeling after the first qualy of the season, Leclerc explained: “I’ve tried many different driving styles. There’s much more to come from us. It feels quite good, we were pretty sure Red Bull were going to be quicker than us.

“Now we need to finish the weekend on a high, its not going to be easy. We need to focus on that and hopefully have a good race which  is long and anything can happen so we need to stay on it.”

Later Leclerc added in the Ferrari team report: “We knew that it was just a matter of time before we were back in the mix and I’d like to thank our whole team for the hard work that everyone has done to put our car back where it belongs.

“We are all happy with the result, but at the same time we are aware that we can’t relax and have to keep pushing because our competitors are strong.

The trickiest part was putting the tyres in the right window

“We focused on short runs so far in the weekend in preparation for qualifying and did a lot of high fuel laps during testing, so we have gotten to know the car in different situations and it feels good.

“The trickiest part was putting the tyres in the right window, but at the end, I put it all together and it feels really good to be back on pole,” concluded Leclerc who, on Sunday in Bahrain, will be hunting his third Grand Prix victory.

The Scuderia boss Mattia Binotto was chuffed with Carlos Sainz lining up third, directly behind Leclerc on the grid for the race at Sakhir: “This pole position is a reward for all the hard work of the entire team and it’s even more important when one considers where we were two years ago.

“We have always said that to excel against such strong opponents we have to be perfect and I think, as a team, we were very good. I know we have the best driver pairing and I feel that was shown to be the case,” added Binotto.