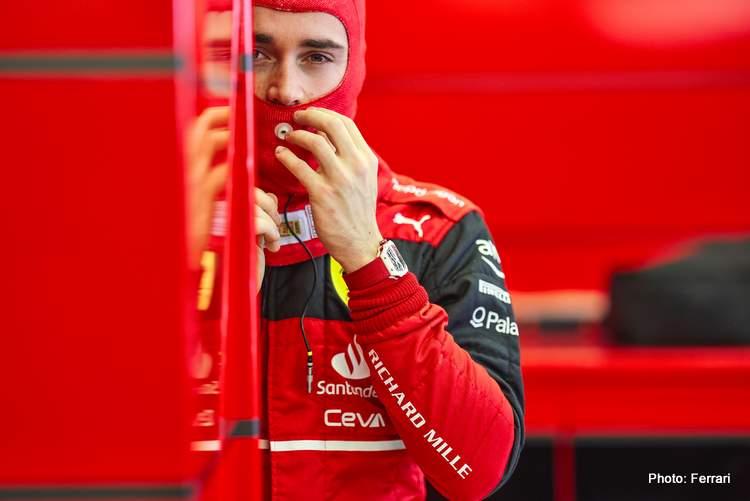 Charles Leclerc may finally have a contending Formula 1 car at his disposal in the form of the Ferrari F1-75, and the driver claims he has always felt ready to fight for title glory.

Ferrari head into the 2022 Bahrain Grand Prix in high spirits, as their pre-season couldn’t have gone better, with their latest single seater the F1-75 proving to be innovative, fast, and reliable, which made the team seem quietly confident of a successful campaign in 2022, with wins definitely on the cards.

“I think our objective is to try and fight for wins whenever we can,” Charles Leclerc was quotes by F1’s official website.

“Realistically, if I need to make a guess now, I would say we are a little bit behind Red Bull. But Mercedes, we don’t know, we really have no idea where they are but for sure they will be in the front, in the top three.

“It’s going to be close, but I still believe we are a bit behind. We’ll have to work hard to try and catch up a little bit,” the Monegasque admitted.

Ferrari’s goal is to fight for wins

“It’s honestly the same mentality as the team goal: to be fighting for wins,” Leclerc added. “I miss it. I mean, I’ve had two wins in 2019, which are moments that I will never forget, and to be fighting for competitive positions gives you a lot of motivation.

“So yes, this is definitely my goal, to be fighting at the top again,” he declared.

But is the 24-year-old Ferrari ace ready for a Title fight this year, taking on formidable opponents like reigning Champion Max Verstappen, seven-time Champion Lewis Hamilton, and most importantly his quietly performing teammate Carlos Sainz?

“I feel ready. I mean I’ve always felt ready, you need to feel that way as a driver,” is what Leclerc had to say on the topic.

“If you don’t believe in yourself, then stay home, and I believe in myself and I feel much readier than I was in 2019. I’m more grown, I have more experience, which will help. So yes, I do [feel ready].

“But I don’t get carried away,” the two-time grand prix winner said. “We still need to work extremely hard, and we cannot relax. Because again, we don’t know.

“This is my guess. So, to prepare for this we need to assume we are still quite a bit behind and that we need to work very hard. This is the mentality now in the team,” concluded Leclerc.