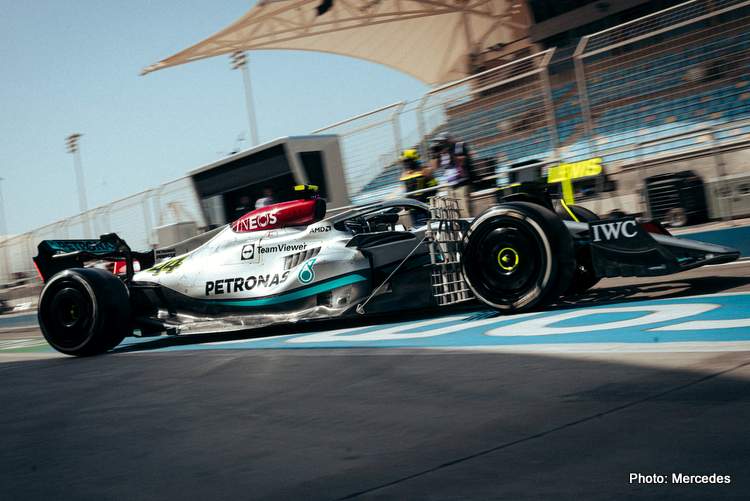 Reports claiming that Mercedes have come up with a way to have their 2022 Formula 1 car, the W13 run without sidepods, which seems to be partially true.

Images of the dramatically upgraded Mercedes W13 have been circulating on social media, showing a Silver Arrow with almost “no sidepods” before Lewis Hamilton took it out on track and set tongues wagging.

It is a sign of intent from the World Champions that their capacity for innovation has not been hindered by their Title fight with Red Bull last season, that went down to the wire at the 2021 Abu Dhabi Grand Prix, one of the most controversial season finales the sport has witnessed. 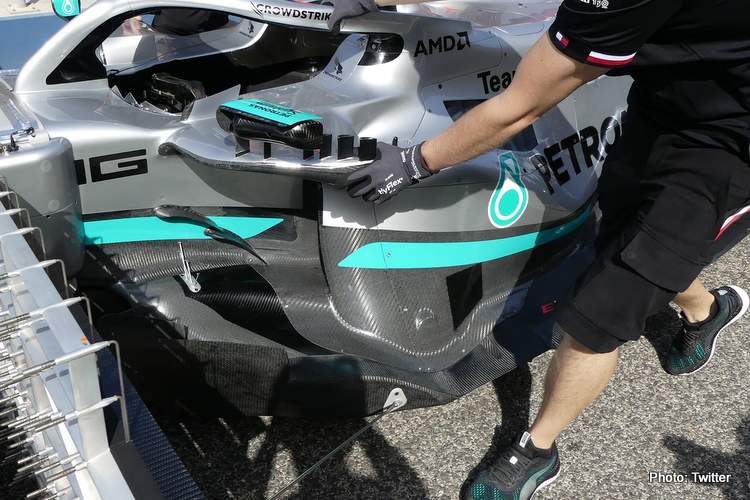 Mercedes have ended the first pre-season testing “session” in Barcelona with Hamilton setting the fastest time over the course of the three days of running, with George Russell hot on his heels in second.

But that does not seem to be enough, as the W13 2.0, if we may call it that way, is a clear message that the team who has dominated the sport since the dawn of the turbo-hybrid era in 2014, is planning to do some more dominating.

It would be interesting to see what other teams bring in terms of upgrades to the Bahrain test today, and what their reaction to Mercedes’ radical car be as well.

Reports have mentioned that the upgraded silver arrow is significantly faster in the simulations run back at the factory in Brackley, and it remains to be seen if that speed translates on track.