Binotto: F1-75 will not be much different in Bahrain 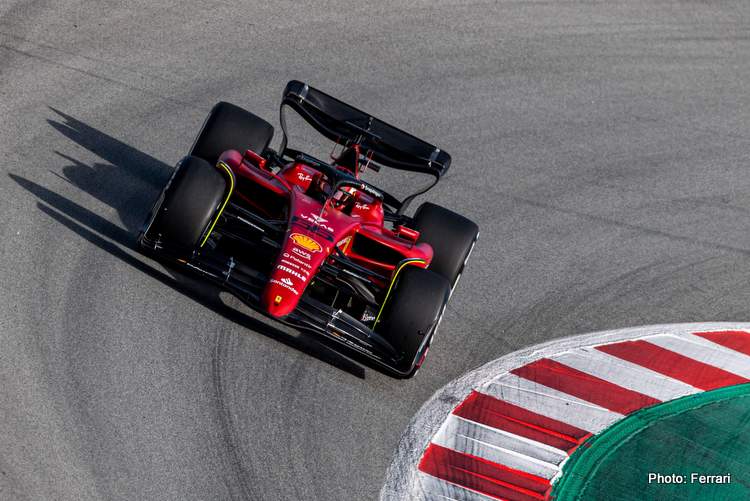 Ferrari team principal, Mattia Binotto, claims that the team’s 2022 Formula 1 car, the F1-75, will not be much different at the Bahrain pre-season test on March 10.

Ferrari had an impressive opening testing session in Barcelona, running the most mileage of all ten F1 teams (439 laps), the F1-75 proving reliable, and decently fast enough to grab the attention of pundits, as many claim the Scuderia’s latest single seater maybe a decent one after all.

Now as the teams prepare for the ‘official’ pre-season test in Bahrain, many of them are already planning upgrade packages for their F1 machinery, with Max Verstappen – for one – claiming that Red Bull’s RB18 will be “completely different” at the Bahrain test.

However, Binotto revealed that Ferrari are sticking with the same version of the F1-75 they ran in Barcelona, in an attempt to understand it fully, and optimise it as much as possible.

“It will not be much different compared to what we’ve got,” he said. “I think that the first step for us will be to optimise what we have.

“We are still far from the best performance, not only because we are running high fuel and not the best engine mode, but simply because there is a lot to exploit more from the car itself.

“We are more focused on that one [extracting more pace], not only in terms of setup engineering, but as well in terms of driving style and the drivers themselves. So let’s wait, let’s see what the others will bring,” the Ferrari boss explained.

Ferrari keeping an eye on the competition

Nevertheless, Binotto acknowledges that the competition will be working on getting upgrades to their cars, and that Ferrari will be naturally keeping an eye on them.

“Certainly as Ferrari we are always concerned on upgrades of our competitors,” he said. “And I’m pretty sure they will be very, very strong by then.”

But the Swiss-born Italian is happy with his team’s efforts in testing up to now, with lots of mileage covered yielding lots of collected data, which will now be under analysis back at Maranello.

“In terms of mileage we did a lot of laps,” he added. “What is important since day one, since the first morning, is we are collecting data.

“I think it was important because these cars are so different and the first objective is trying to learn them. So the objective at least this [test] was really trying to map the car in all the conditions, and try to understand the correlations with the windtunnel, and the simulator,” Binotto explained.

“So far, we have certainly been collecting a lot of data. That correlation will be an exercise of the next days back in Maranello, and to really try to cross correlate all the data,” the 52-year-old concluded.