Verstappen: The car will be completely different in Bahrain 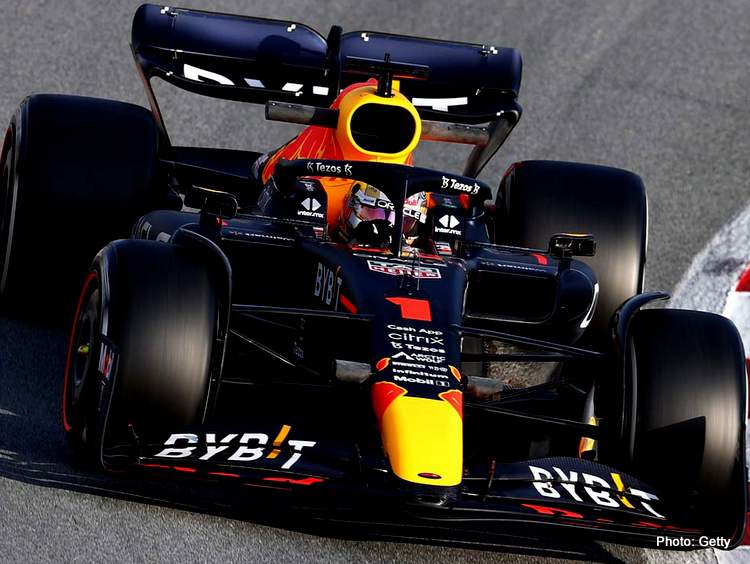 Max Verstappen revealed that the Red Bull RB18 will be vastly different in Bahrain to what was seen during the first three days of testing at Circuit de Barcelona-Catalunya last week.

Ending the final day behind the Mercedes duo, Lewis Hamilton fastest and George Russell next best, and his own Red Bull teammate Sergio Perez, the Dutchman was unperturbed as racking up 206 laps is part of his season prep game-plan.

Quoted by F1.com, Verstappen said: “I just focussed on doing a lot of laps and try to really nail down every single aspect of the car. What was positive is the car was running smooth.”

Max: I really enjoy driving the car, it has a nice stable balance

The final day in Spain was peppered with interruptions which Verstappen noted: “Quite a few red flags so… we could not complete our whole programme. But everything was working well, the car felt good, it just continued from what I did on Day 1, the most important objective here for us.

As for ending the final day sixth on the timesheets, Verstappen said: “I don’t really pay attention to the lap times yet; we will look into that in Q3 in Bahrain.”

“The car runs really well. In general, the weight is a bit up, but I really enjoy driving the car, it has a nice stable balance and I think they look cool as well – that’s always nice to jump into,” added the F1 World Champion.

Testing in Bahrain runs from March 10 to 12 followed by the 2022 F1 season-opening Grand Prix at the same venue.