Russell: There are no mind games 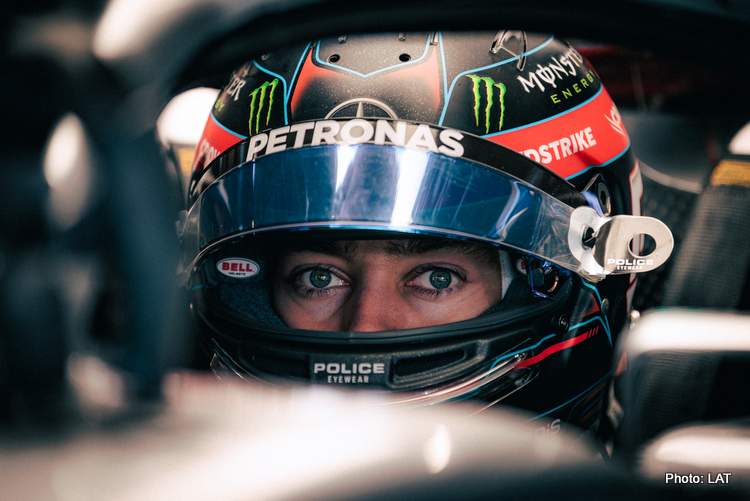 After claiming that Mercedes are behind Ferrari and McLaren, George Russell insists there are no mind games being played, with Mercedes finishing Barcelona testing last week fastest of all.

Russell and his teammate Lewis Hamilton finished the last day of the Formula 1 pre-season testing in Barcelona last week first and second in the timing screens, the latter being the fastest of the pair.

However, Russell previously claimed that: “Some teams, a red team and an orange team in particular, look very, very competitive,” a statement that was shot down by the top time the 2022 Silver Arrow recorded on the final afternoon of Barcelona testing.

Asked if he was playing mind games, Russell responded: “I can’t be bothered with mind games, it’s too much effort. No, there are no mind games.

“We’re just working on our own programme and, to be honest, it is absolutely unrepresentative what we’ve seen during testing,” he added.

“You know who is probably in the top half, and you know who’s in the bottom half, but when it comes to qualifying you’ve got tenths of a second splits between [teams], which is the equivalent of five kilos worth of fuel. So yeah, [it’s] totally unrepresentative,” the 24-year-old reiterated.

“Things will probably look very different with the development by the time we get to Bahrain. Maybe Lando is playing mind games, but we’re not!” he added.

Russell not thinking about the Championship

Later, while speaking to F1’s official website, Russell was asked if a Championship campaign is on the cards for him, as he is now driving for a top team

“It’s not even something I’m thinking about, to be honest,” was his response. “I think it’s quite incredible how racing drivers’ minds work, that when you put the helmet on – doesn’t matter if you’re fighting for a win or, for me for the last few years, fighting at the back of the grid – you always get on with the exact same mindset.”

The former Williams driver referred to the 2020 Sakhir Grand Prix, where he filled in for the Covid-struck Hamilton at Mercedes, almost winning the race had it not been for Mercedes dropping the ball, admitting his mindset was focused merely on the “process”.

“And I had the best example of that in Bahrain when I raced for Mercedes [in 2020],” Russell said. “For me, that was just another race, whether I was out in front or starting on the front row, the approach is the same, the mindset is the same, the work you put into the event, post-event, is exactly the same.

“So, work on the process and worry about everything afterwards,” he concluded.