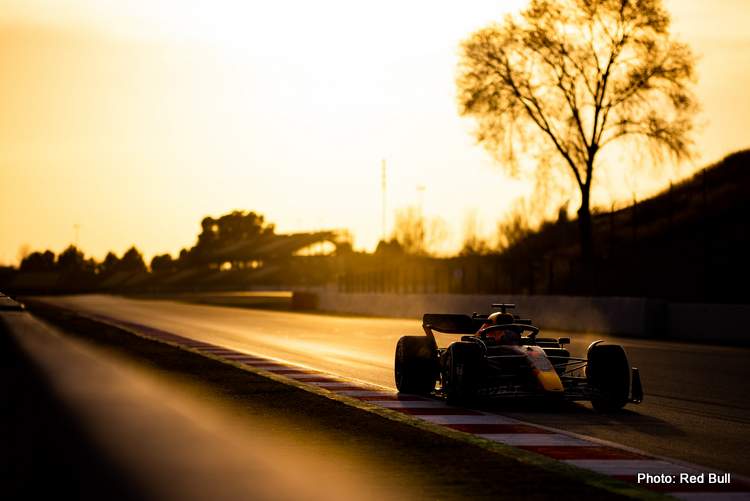 Red Bull’s RB18 may have turned heads around the Barcelona paddock during testing last week, but Adrian Newey’s latest Formula 1 brainchild has an underlying weight issue.

That is the claim of Auto Motor und Sport who reported that, by far, the only 2022 F1 car exactly on the minimum weight limit is the Alfa Romeo, with the McLaren MCL36 not far off.

However it seems that all other cars are having weight problems, as they seem to be exceeding the current minimum weight of 795 kilograms, and some even by double digits.

Red Bull’s consultant Dr. Helmut Marko did not hide the RB18’s weight struggles, and told Germany’s Motorsport-Magazin.com: “The only problem we have is the weight.

“But all teams have that. Thank God the minimum weight has already been raised, but there’s still a lot of work to do before the first race,” he went on, referring to the latest increase in the cars’ minimum weight from 777 kilograms under the new-for-2022 regulations, to the current 795.

But that does not seem to be enough, with Marko revealing a meeting was scheduled on last Friday – the final day of testing in Barcelona – to discuss the possibility of increasing the minimum weight of the cars.

“There’s another meeting today,” he said on the Friday of testing. “Let’s see if there’s not another increase coming.”

Nine out of ten F1 teams have heavier cars

“All but one of the teams are struggling with the weight issue,” the Austrian added, which seems to be in line with what Auto Motor und Sport are claiming.

The 2021 F1 World Champion, Max Verstappen, also said that the weight of the RB18 is a “bit up”, but that the car has a “nice stable balance” nevertheless.

The meeting that was supposedly held last week on Friday to discuss the 2022 F1 cars’ minimum weight would have required that eight out of the ten teams agree to raising the limit, based on what the Concorde Agreement stipulates.

That does not seem to have happened, with an unhappy Marko quoted by Auto Motor und Sport as saying: “First it was said that the weight was going up, then there was a turnaround.

One would expect teams not suffering from weight problems to be reluctant to hand their overweight rivals an advantage by agreeing to raising the minimum weight limit further than 795 kilograms.

The current F1 cars are already cumbersome enough, with F1 drivers always complaining about the cars not being nimble enough.

With Formula 1 cars on an upward trend in weight over the last 20 years, starting from 600 kilograms and now approaching the 800 kilogram limit, would it be a smart idea to raise the minimum weight limit even more? From a sporting view that is?