Green: Vettel’s experience to be really useful in 2022 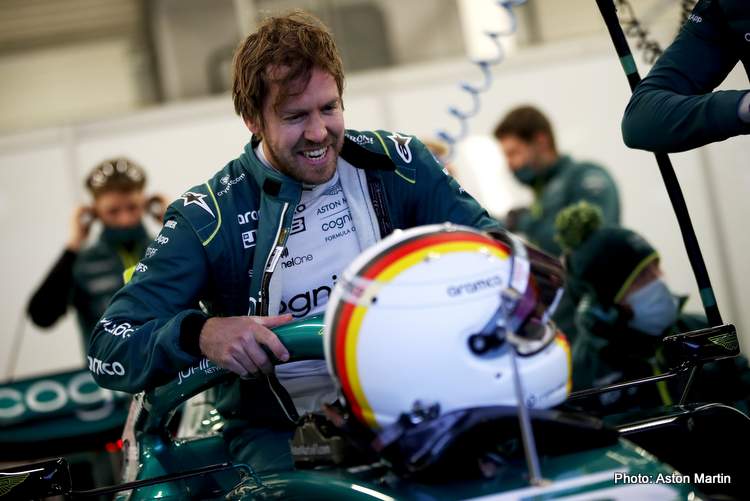 Green spoke to the media at the launch of the team’s 2022 car, the AMR22, that was launched on February 10, followed by a shakedown at Silverstone the following day, and expressed his satisfaction with maintaining the team’s driver lineup for 2022.

“I think we have a really strong driver line-up,” Green told media. “I’m really pleased that we retain the driver line-up across such a massive rule change, because I think that stability is really important.

“I think with Seb, we have a super, super talented, super experienced driver, who’s helped us in many ways, on and off the track. I think his experience is going to be really useful,” the technical chief said of the four-time World Champion who joined the team from Ferrari in 2021.

“On the other hand, we have Lance,” Green said of Lance Stroll, Vettel’s teammate. “He’s 100 Grands Prix in now. He’s super talented, he’s super fast. He’s gaining wisdom and experience with every race.

The team needs to pull together in the engineering area

Green believes that the area of the focus for the team should be engineering, an area where both Vettel and Stroll operate well, he said: “Both of them work really well with the engineering department, and that’s key.

“They work really well together, but they also work really well with the engineering department,” he went on. “And I think we’re going to have to pull together in that area, because there’s so much to learn with the new car. Every aspect of it is new – the new aerodynamics, [and] especially the tyres.

“The tyres are going to be a massive unknown to everybody,” he stressed. “No one really knows what’s going to happen with the tyres when we start running them.

“As much as we’ve done some testing pre-season in Abu Dhabi, or with all the in-season testing last year, nobody has run these tyres with a ground effect car.

“That’s going to be a real challenge, and I think that’s where a good driver pairing is going to really help,” Green concluded.

Aston Martin were one of the teams who used the real 2022 F1 car during their launch, and will now be focused on preparations for the first pre-season test in Barcelona between February 23 and 25.