Bahrain Grand Prix on the Formula 1 calendar until 2036 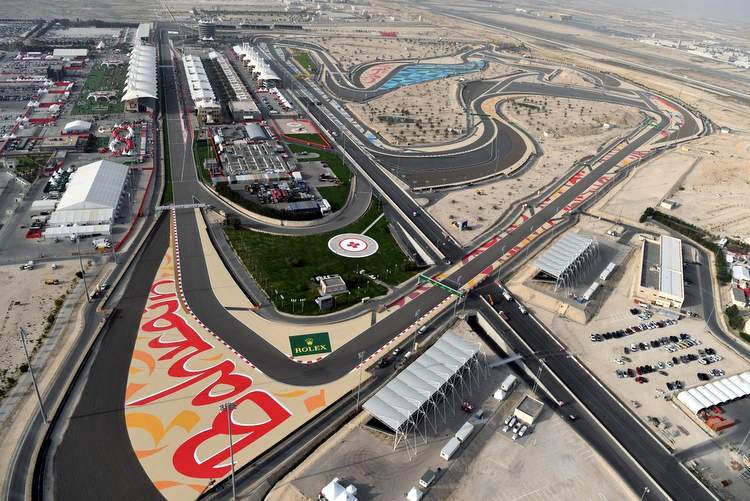 The Bahrain Grand Prix will be on the Formula 1 world championship calendar until 2036 thanks to a deal inked by the circuit owners and Formula One Group confirmed by F1 chief Stefano Domenicali.

The venue, which was the first to host a Grand Prix in the Middle East in 2004, and his since been a mainstay on the F1 World Championship schedule.

The Bahrain International Circuit is a popular hub for motorsport in the region, hosting national and regional championships as well as the World Endurance Championship rounds. It is also a popular testing venue for most road racing categories.

F1 will be in Bahrain for the second preseason F1 test from 11 to 13 March before hosting the 2022 season-opening weekend at the Sakhir venue a week later.

Domenicali: The Bahrain Grand Prix has a very special place in our sport

“I am delighted we will be racing at the Bahrain International Circuit until 2036 where more incredible racing and excitement will be on show to thrill our fans,” said Domenicali in a press release today.

“Since 2004 we have had some fantastic races in Sakhir and we cannot wait to be back there for the start of the 2022 championship as we begin a new era for the sport. Bahrain was the first country in the Middle East to welcome Formula 1 and it has a very special place in our sport, and

“I personally want to thank HRH Prince Salman and his team for their dedication and hard work throughout our partnership and look forward to the many years of racing ahead of us,” concluded Domenicali.

Formula 1 can confirm that Bahrain will stay on the F1 calendar until 2036 inclusive following the agreement with the promoter, The Bahrain International Circuit, to extend our contract.

The Bahrain Grand Prix has been a brilliant race on the F1 calendar since 2004 and hosted two races in 2020 during the COVID-19 pandemic. In 2022 it will be the opening race of the season and has become a favourite with all the fans, drivers, and teams.

The incredible facilities at the circuit for both racing and the fans have recently undergone further investment to enhance the fan experience. Alongside this the promoter has already announced significant actions to increase the environmental sustainability of the event with all energy used by the Formula 1 Gulf Air Bahrain Grand Prix in 2022 coming from sustainable energy sources, meeting the BIC’s needs throughout the race weekend.

Beyond and supporting the Kingdom and Formula 1’s plan to have net-zero carbon emissions by 2030. The plans will reduce the venue’s carbon footprint and generate significant savings on overall energy costs.

Arif Rahimi, Chairman of Bahrain International Circuit, said: “It has been a great honour for Bahrain to host Formula 1 since 2004 and we are delighted that this new commitment cements our place on the calendar well into the future. Our commitment to motorsport has always been a long-term initiative and I thank Stefano and his team at F1 for putting their faith in us to continue to deliver the pinnacle of global racing at The Home of Motorsport in the Middle East.”

Sheikh Salman bin Isa Al Khalifa, Chief Executive of Bahrain International Circuit, said: “After 18 years of F1 racing, we are proud to have played a part in F1’s rich history and we now looking forward to continuing to build on that heritage well into the future. The growth and interest in Motorsport in Bahrain and the Middle East has significant momentum, with a new generation of fans embracing our great sport and we look forward to continuing that progress.”

HE Khalid Al Rumaihi, CEO of Bahrain Mumtalakat Holding Company “Mumtalakat”, said: “As an integral part of our diversified portfolio, we are proud to witness the successful trajectory of Bahrain International Circuit.

“Building on Bahrain’s significant motorsport heritage, BIC has hosted major regional and international motorsports events such as the Formula One Gulf Air Bahrain Grand Prix. The extension of the Bahrain race to 2036 is a testament to the advanced infrastructure in the Kingdom and will contribute to its continued economic growth and value creation for both our shareholders and the people of Bahrain.”