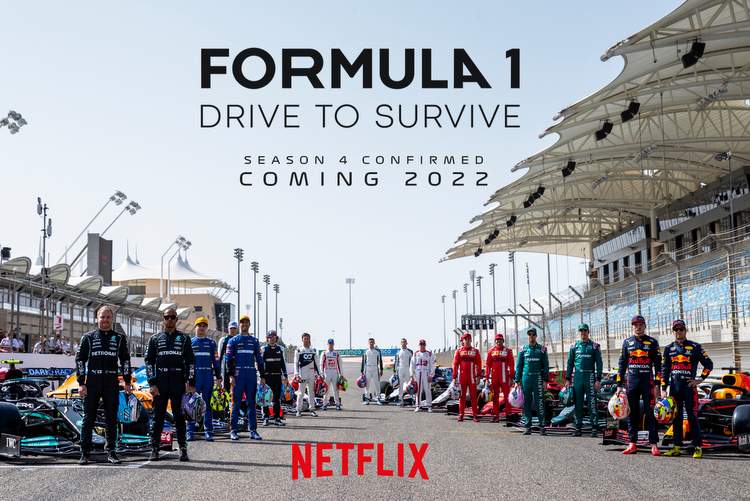 Drive to Survive was a bit of a surprise hit when it was first released. While followers of F1 were obviously enthralled by it, the show managed to bring in an audience that wasn’t made up just of racing fans.

It was such a hit that it’s been renewed for a fourth season, and it is likely to be even more popular when it is released. So, when will that be, and what can we expect from the latest season?

The show is normally released before the F1 season starts. It means that it gives people something to watch, as well as a recap, in the gap between the end of the previous racing year, and the start of the new one. It also means that anyone who wants to place some bets on the new season can get a refresher on what happened before they check out any UniBet betting promotions, and place their wagers.

As the racing season is slated to start on the 20th of March, it’s likely that season 4 of Drive to Survive will be out in early March. The release date hasn’t been confirmed yet, but insiders have indicated it should premiere on Netflix sometime between 9 and 11 March.

What is it about?

If you haven’t watched Drive to Survive, then you might not understand what the point of watching it is. You already saw the season happen in real time, and race highlights are available on YouTube. Why watch this? To put it simply, it provides a look into the background of F1. It shows the human side to the people behind the cars. From the engineers, to the owners, to the drivers. You can see who powers the races you love.

It cuts the whole racing season down to 10 episodes, each around the 40 minutes mark, but in that time, you get to see the rivalries that simmer behind the scenes. The different reactions to what happens in races. It truly is the perfect show for any racing fan.

Despite it being a great documentary for racing fans, it’s the drama of the show that has brought in other viewers. The rivalries that are created over the course of the F1 season are what truly makes this show must-see TV. The rivalries provide some of the most exciting scenes, but there are some feel-good moments too.

Seeing racers who have been demoted, or who aren’t appreciated by their teams, manage to claw their way back, is always wonderful. If they manage to win a race, then it really does create a great moment. This is what makes the show resonate with so many people. The racing is just a bonus to the human element of Drive to Survive.

Why Season 4 will be the best

Do we really need to explain why season 4 will be the best? Do you remember what happened at the end of last season? Expect to see some explosions behind the scenes, you might even get some additional insight to what has been reported. Season 3 was great, because of the impacts of Covid on racing, not just racing, all sports were impacted, but season 4 will provide something completely different. The level of controversy surrounding the final race of the year is something that is still rumbling on now.

This is likely to provide perhaps the most impressive 10 episodes of television ever. This is a show that was created for racing fans, but it has turned into something that everyone loves. Drive to Survive season 4 is something that we are looking forward to, almost as much as the restart of F1.

Do yourself a favour, and check this show out. You’ll be instantly taken in by the stories that are told, as well as the race action. It has everything that you might want as a racing fan, and as a fan of good TV. The moment it hits Netflix, this is a show that you must binge-watch. Get ready for the fireworks!