Herta: I would be lying if I said I didn’t want to do F1 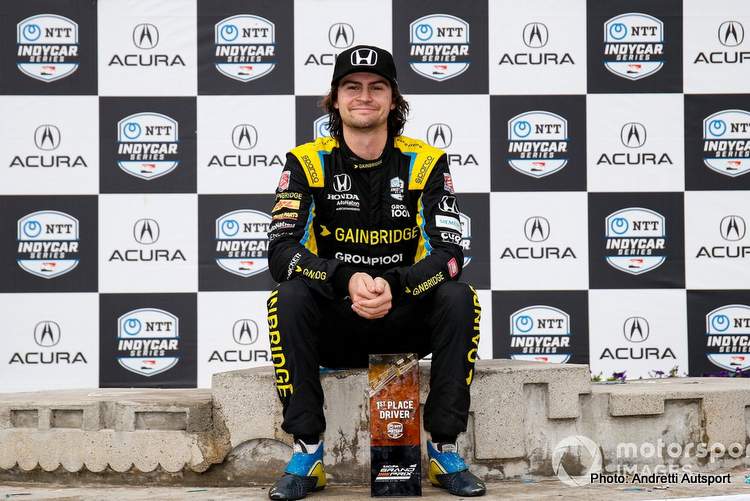 With Formula 1 poised to be very big in the USA if all goes to plan, the boom is sure to come when a top-line American driver has a seat in a winning team with Colton Herta a young gun at the very top of the list.

Herta has been a sensation in Indycar since he burst on the scene a couple of years ago, now at 21-years of age he is arguably the most suitable driver to progress from Indycar to an F1 seat and he makes no secret that this remains his dream.

Speaking ahead of Indycar’s 2022 season, Herta told Motorsport Week: “I would be lying if I said I didn’t want to do F1. I want to do a lot of stuff in my career, but a lot of it also needs certain timing.

“F1 is one of those things. If you’re 28, you’re not going to F1, unfortunately. That’s just how it works. The time is right for me if I got the opportunity. I’d have to have a good think about it, but I most likely would do it because I want to run in Formula 1 at some point.

“I think people forget that I’m 21 years old and think that I can’t come back in five years and still run 15 years in IndyCar and be 40,” added Herta, who is among the youngest of a field that will feature seven over-40 drivers, including last year’s Indy 500 winner Helio Castroneves who will be 47 in May.

While he is focused on his Indycar programme with Andretti Autosport, and the IMSA campaign with DragonSpeedUSA for the immediate future, the longer-term target remains F1 for Herta: “Yeah, I definitely want to give it a crack if I get the opportunity but I’m definitely not disappointed at all in IndyCar. I like this series more than any series in the world, and I enjoy racing in it a lot.

“But, there’s just a lot of stuff that I’d like to try in my racing career outside of IndyCar, also,” explained Herta who last year finished fifth in the Indycar standings, with three victories on his scorecard.

Herta did a sterling job in the last stint, with the top four LMP2s nose-to-tail before the final restart with less than an hour to go, he fended off a concerted effort from rivals for a famous victory at the legendary endurance race.

As for F1, the current grid is packed with talent, several of which are entrenched with the big teams for the foreseeable future, the likes of Max Verstappen, Lando Norris, George Russell, Charles Leclerc and Carlos Sainz represent the new golden generation of F1.

Time will tell if Herta will join the elite band of young stars in the top flight, and if he does with success and a top team, or even a possible Andretti Autosport F1 project, one can expect boom-times for the sport that has yet to win the love and following it should have in America, despite over half a century of trying.