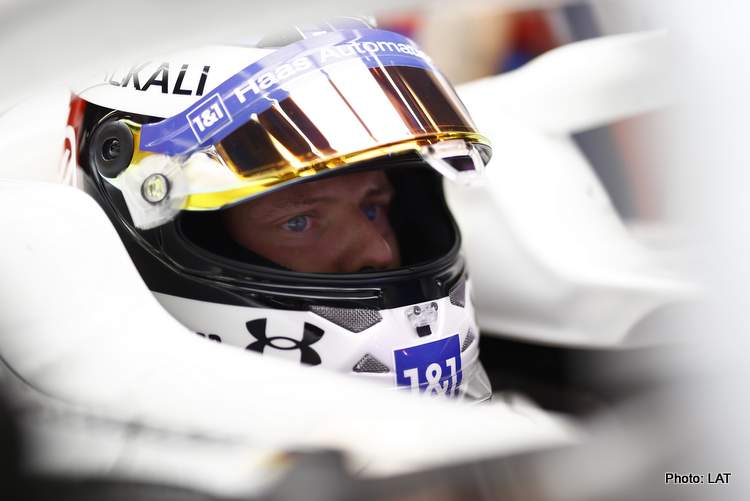 Haas team principal Guenther Steiner believes that Mick Schumacher can perform as well as George Russell did with Mercedes at the 2020 Sakhir GP.

The young Schumacher holds – in addition to his driving role at Haas – the role of reserve driver for Ferrari, being also a member of the Ferrari Driver Academy.

With Pietro Fittipaldi being available for Haas as a reserve driver – the Brazilian filling in for the injured Romain Grosjean for two races after the Frenchman’s fiery crash at the 2020 Sakhir GP – Steiner believes that Schumacher, along with Haas and Ferrari can make the existing arrangement work.

Speaking to RacingNews365.com, Steiner said: “When Mattia [Binotto, Team Principal at Ferrari] asked me if that is possible, I said, ‘Yeah, sure. It’s possible.

“In the end, he is an FDA driver, so why would that not be possible? I think it’s a good thing for Mick, because he was supported [for a] long time by Ferrari.”

Steiner sees things as Haas giving something back to Ferrari when they need support, which he believes is a two-way street.

“Now Ferrari needs something back, and obviously Ferrari helps us so, in the end, it was just like we did it as partners: ‘Yeah, that will work’,” he admitted.

“We have got Pietro,” Steiner pointed out. “Pietro was happy, because it’s another opportunity for him, if Mick has to be the reserve driver for somebody else! So I think, in the end, I didn’t have an issue.”

The Haas chief believes that Schumacher’s association with Ferrari in his reserve role, will serve him well when and if he joins the Red Team in the future.

“I think, if he makes it to Ferrari – which I don’t know, because I cannot decide that one – it’s already a good way into it,” he explained.

“Because he has to do some things already how they want them to do, for sure. They will make a seat for him, they will make all this, and he gets to learn [about] the people there, if one day he will be driving for them.

“So, I think there [are] no negatives for anybody. I think that it’s almost only positive for everybody.”

George Russell was called in to replace Lewis Hamilton at Mercedes when the seven-time World Champion contacted Covid-19 ahead of the Sakhir GP in 2020, and the young Briton shined on the occasion, and was in contention for the race win had it not been for some bad luck.

When asked if he believes Schumacher can do the same should a similar opportunity arise, Steiner said: “I would say so.

“This guy, now he has done one year in a Haas. He finds his way around pretty well. He knows the people at Ferrari.

“How good of a job he does when he’s in a Ferrari? I don’t know. But look at when George Russell jumped into the Mercedes [in his second year in F1]. It’s the same thing, and George did a fantastic job.

“But I think Mick can do something similar if he’s given the opportunity,” Steiner concluded.

The 2022 Formula 1 season will be Schumacher’s second season as a full time F1 driver with Haas, with the German comprehensively beating his teammate Nikita Mazepin.

How good young Mick is remains to be seen, as the 2021 F1 season cannot be a proper gauge of his driving abilities with the ill handling, undeveloped Haas car at his disposal last year.