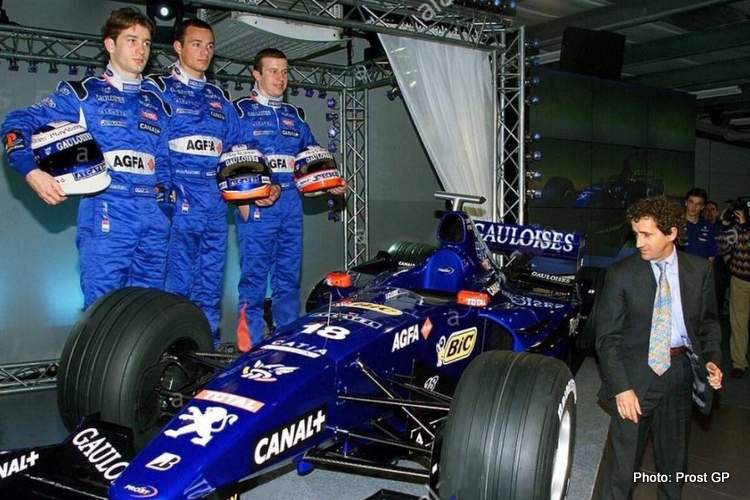 The final straw for Alain Prost’s Formula 1 team came on this day, 28 January 2002, when it collapsed with debts of US $30-million attributed to the global economic downturn in the wake of terrorist attacks in the United States at the time.

No saviour was found for a team that was expected to succeed. France’s four-time F1 World Champion leading the project, his illustrious driving career plus experience, were expected to be the ticket to its success when Prost Grand Prix was born in 1997.

Prost bought the old Ligier team, one of the ‘French-est’ teams in the sport’s history, with the use of the team’s JS45 chassis powered by Mugen Honda. He acquired the team from Flavio Briatore, who owned it at the time.

The team, with Prost at the helm, finished sixth (out of 12 teams) in the F1 constructors’ championship in their maiden season.

Notably, the day after the purchase of the team, Prost announced a three year deal with Peugeot, ditching his long time affiliation with Renault in what might have been seen as a defection between two major rival French marques.

Hence 1998 was full of hope, with the Prost APO1 powered by a Peugeot V10 engine broke cover and expectations within the team, and the paddock were high.

But year two in blue was a disaster, many DNFs with the handy pairing of Oliver Panis and Jarno Trulli struggling, the latter claiming the single point they scored all season. As a result, they ended the season ninth. Disappointment was an understatement at the time. 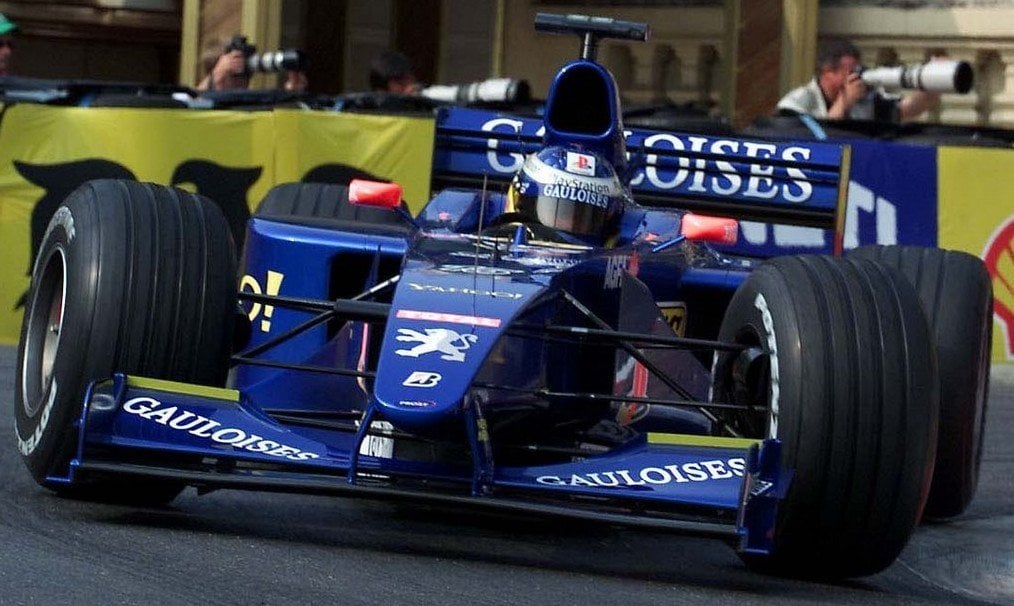 For the AP02 hopes were high ahead of the 1999 F1 season, with Peugeot producing a new V10. Panis and Trulli, remained and hoped for a much better season but results remained modest and they finished seventh in the constructors’ standings.

By this time the ‘House of Prost’ was in disarray, potential partners invariably fell out with the team boss, the Diniz family keen to get their Pedro into F1, were backers that took their money elsewhere, while the Peugeot venture went pear-shaped in true French style.

At the end of 2000 Prost and Peugeot divorced, the team inking a deal for Ferrari V10 power, after Prost and Jean Alesi, the driver at the time, trash-talked the French manufacturer out of the project as he and teammate Nick Heidfeld scored zero points that season.

In the final year 2001, with funds all but dried up, five different drivers were used with little or no testing or development for the car. Nevertheless, there were few highlights as the financial toll started to impact Prost himself.

Coupled with that, was high-profile slanging matches and infighting between Prost and key figures, including a fallout with the Diniz family and a bust-up with Alesi. They were tense and unpleasant times for the team.

Despite desperate attempts to save Prost Grand Prix, it never made it to the next season. On Monday, 28 January 2002 it was put into compulsory liquidation with debts of around $30-million, with two auctions to sell all the team’s assets set for a couple of months later.

In the end, I was happy to stop

Over a decade later, looking back on the time, Prost admitted in an interview that the venture was “the biggest mistake” of his career: “Three months after I started the team, we had some very good results and we almost won a race. But to my family and close friends, I was saying: I’m dead. I knew from the beginning.

“I know Formula 1 too well. I know the country too well. If I made one mistake, it was this. It would have been better not to have done it. I should not have made the decision to do it at the last minute.

“In the end, I was happy to stop,” declared Prost who is now 66-years-old.

After his team folded, Prost went off the F1 radar to spend more time with his family and appear occasionally at events until 2010 when he became the first driver appointed to be part of the FIA Stewards at the 2010 Bahrain Grand Prix.

In 2012 he was appointed a Renault international ambassador, where he remained until this season before a major spring-cleaning of senior staff at Alpine, earlier this year, making Prost surplus to the Alpine F1 team’s future plans.

But the Frenchman, a living legend of F1, has made it obvious that he still has much to offer in the top flight. Unfinished business perhaps?