Jeddah circuit tweaks ahead of next Saudi Grand Prix 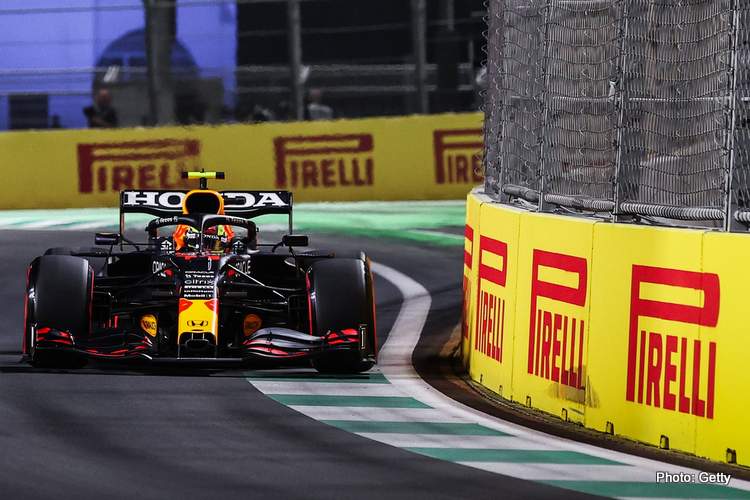 Some minor adjustments will be made to the Jeddah Corniche Circuit to improve driver visibility around some of the high-speed, blind corners, Saudi Arabian Grand Prix organisers confirmed on Thursday.

“Firstly, there are going to be one or two slight changes to the track,” Saudi Motorsport Company Chief Executive Martin Whitaker said in a statement.

“These tweaks are directly related to a drivers’ sightline from the cockpit. “It’s minimal work, but it will help improve forward visibility in a couple of corners.”

The 6.1-km long Jeddah Corniche Circuit made its Formula 1 debut in December and is considered to be the second-fastest track on the calendar after Monza in Italy.

Its flowing layout of mainly flat-out blasts along the city’s Red Sea waterfront and a succession of high-speed corners hemmed in by walls, made it difficult for drivers to spot slower-moving cars around some turns.

That led to some near misses in practice and qualifying, before the track produced a dramatic race on Sunday that was halted twice due to crashes.

Drivers enjoyed tearing around the high-speed layout but raised concerns about the lack of visibility around corners.

Whitaker explained: “The length of time between the two races has enabled us to reflect on some aspects that did and didn’t work.”

Adding that some barriers around the track would also be modified to accommodate the racing lines drivers were taking through certain corners: “We’ve been striving to improve on some areas for our second event.”

The first Saudi Grand Prix was won by Mercedes driver Lewis Hamilton, after a controversial and incident-packed race defeating Max Verstappen on a memorable night that set up the last round decider in Abu Dhabi a week later.

The 2022 Saudi Arabian Grand Prix will take place on 27 March, one week after the season-opening Bahrain Grand Prix. (Reporting by Abhishek Takle)