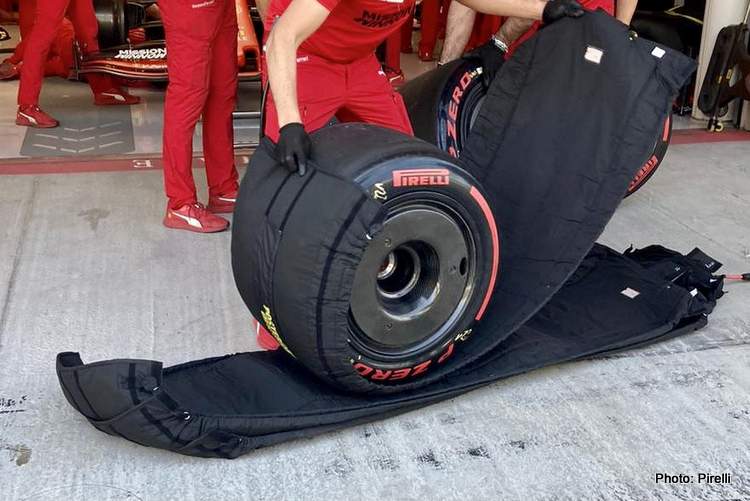 Pirelli boss Mario Isola spoke of the new 18″ tyres for Formula 1, claiming that it was a big achievement by his team to develop them during a busy 2021 season.

F1 will feature for the first time in its history, low profile, 18″ tyres which is part of a major rules overhaul the sport will undergo in 2022.

Isola revealed in an interview with F1’s official website the efforts his company put in to develop the new tyres, with the limitations they faced with the long 2021 F1 season.

“In a busy season with all the constraints and 22 races, it was, I believe, a big achievement [to develop the 18-inch tyre],” he said.

“Also, because… this tyre is designed in a different way, with different targets: our drivers are asking for less overheating, less degradation, they want to push on tyres, they want to fight on track, and clearly we decided and we agreed with the FIA, FOM and the teams to follow this direction.

“So, we had to design a new profile, new construction, optimise the footprint, design a new range of compounds,” Isola explained. “It is a completely new product with a new approach, and I believe it will be quite helpful also for other activities in the company.”

How do the new and old tyres stack up?

Pirelli had in-season tyre tests, and capped off their work with a two-day test in Abu Dhabi after the final race of 2021.

“In terms of comparison to the tyre development tests that we ran during the season, I would say that we have confirmed that the new product has the characteristics that I mentioned before, so: less overheating, drivers have the opportunity to push more,” he said.

“That was important in Abu Dhabi because in Abu Dhabi we had also some traffic. That was something we could not simulate during our tyre development test where we had one car that was running on track or two cars maximum.

“In terms of wear, it’s difficult to make a prediction because we were using mule cars, so we need to wait for the real performance of the new 2022 cars,” he added.

“At the beginning we were talking about more than three seconds per lap; now it’s half a second, one second, so if they start with only one second difference it means that during the season they probably achieve the same level of performance that we had in 2021,” Isola said comparing the performance difference between the new and old tyres.