Editor’s Desk: Who is Hamilton’s silent treatment aimed at? 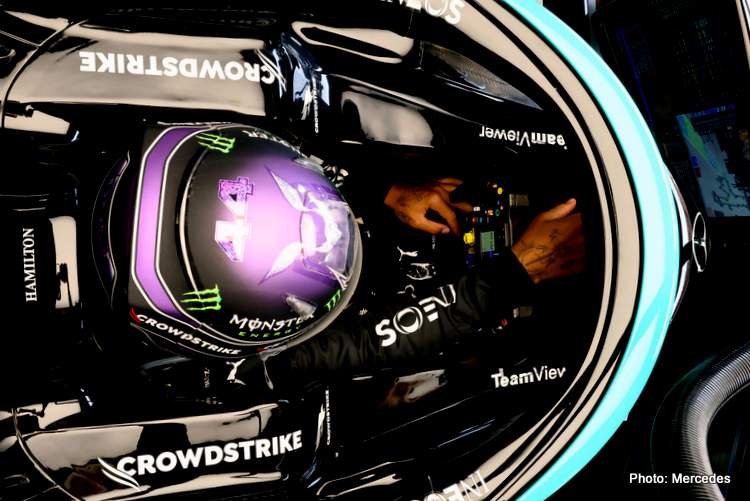 With nothing yet to be heard from Lewis Hamilton, as he has gone AWOL during the Formula 1 offseason, one cannot help but wonder if there is more to the story than his Abu Dhabi nightmare.

Yes, the ‘Silent One’ is yet another aspect of Sir Lewis’ armoury as we have witnessed before. Thus for a driver of his caliber to go into hibernation after his high profile loss of the 2021 World Championship, it’s no surprise that so much is written about him as all guess, speculate, analyze and even predict what is going on in his mind.

One can understand Hamilton’s pain in losing the 2021 F1 championship, losing it in the way that he did will make it even harder to accept, but why act in this manner? Why this deafening silence? And what or who is really irking Hamilton?

One thing that strikes me these days is how much headline space Lewis Hamilton has occupied across various media outlets, with a significance absence of news covering the driver who deservedly won the 2021 F1 World Championship, Max Verstappen.

One would expect Verstappen’s news and quotes to be pouring around all over the place, with the Dutchman presumably the media’s darling in the wake of his Championship triumph, which was the case for some time after the season was over, but then the Hamilton frenzy took over, especially when the FIA announced March 18 as the deadline for revealing the outcome of the investigation they launched into the events of the Abu Dhabi 2021 season finale.

Now, Hamilton has become quite savvy in the way he plays the image and PR game over his long years of racing in F1, which is not something you can hold against him as this has given him the F1 superstar status that no other driver has been able to achieve, aside from Michael Schumacher perhaps.

Hamilton’s absence may have many reasons, but one of them for sure is simply a PR game, creating mystery around him, hence diverting the media’s focus from Verstappen towards him. Max may have won the Championship, but Lewis will win the PR game which will make a decent consolation prize. For a driver who has worked hard on building his image in and out of F1, that is quite a big deal.

Now the “What or Who”

Hamilton is upset, and one would be surprised if he weren’t. After all, a multiple champion like him doesn’t know how to take defeat very well, because that is not how champions are wired. They are programmed to be ruthless winners, gunning for victory at any price, which is what makes them so great. Nothing wrong with that.

But now the question is, what or who is Hamilton angry at?

Toto Wolff has been furious ever since that evening under the Yas Marina floodlights, claiming that Hamilton was “robbed” of the championship, and that his star driver was “disillusioned” with the sport, raising all sorts of unsuccessful post-race protests, threatening with appeals then backing off, claiming he will hold the FIA accountable to the outcome of their investigation, not attending the FIA award giving Gala “in support of Lewis”, and the list goes on.

Hamilton was silent all the time, with all the speculation around his future based on whatever Wolff was saying.

So what if the Wolff fury was a smokescreen covering up the real problem and why Hamilton was upset?

If you recall the radio communication between Hamilton and Bono just before the safety car period ended in Abu Dhabi, the Briton was livid for not being given a new set of tyres like Red Bull did with Verstappen. That made him a sitting duck for his rival and he knew it. All his skill and driving prowess would not do him any good with the guy chasing him being Max, something many of the sport’s pundits agreed on.

It is not the first time Mercedes have put Hamilton in a situation where they take a risk on strategy to “maintain track position”, with him questioning it over the team radio, but ultimately ends up employing all his skills to nurse ailing tyres to the finish line fending off the competition.

But in Abu Dhabi, Mercedes were asking too much of their ace, as he couldn’t do anything with one lap, and while the manner in which he kept attacking Verstappen after the Red Bull driver overtook him was admirable, it was unfortunately futile, with the price being that eighth Drivers’ Championship.

Having said that, could it be that Lewis is actually angry at his team, and all Wolff’s shenanigans were a diversion from an internal issue between the team and their star driver?

Let’s be honest here, because Lewis cannot be mad at the hapless Nicholas Latifi for crashing, and despite Michael Masi spectacularly messing up, there was no malice there, so any justified anger against the Race Director should have faded by now.

He can’t be angry at Verstappen as well, the Dutchman giving him more reasons to be angry with over the course of the season, but was basically doing his job to perfection after Red Bull nailed the strategy call.

Mercedes didn’t as track position was their only hope. Hamilton did question tactics and, in retrospect, could be fed up with being put at a disadvantage during a race due to Mercedes (conservative?) pitwall calls with the latest incident – at Yas Marina – proving costly, and that’s were the issue lies.

I believe he will. He won’t bow out on a low, and as always he finds strength in adversity, Brazil 2021 being a fresh example of this, and he will definitely come back to try and win his eighth title. Otherwise he won’t be the Hamilton we all know and that would actually be disappointing to everyone, especially his fans.

With the date of revealing the outcome of the FIA investigation being just before Bahrain’s 2022 season opener, the question remains is that how and when will Lewis announce that he will continue/stop racing in 2022 and beyond?

Going back to the “PR Game” I mentioned earlier, I have no doubt that Lewis will be timing his announcement with the aim to drive more publicity towards him at the start of the new season, channeling Toto Wolff’s mischievousness to his benefit.