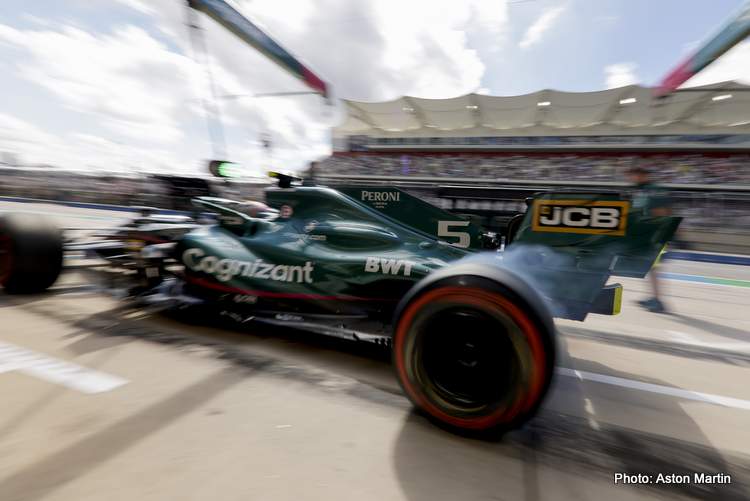 Aston Martin revealed on Friday, that the car with which the team will contest the 2022 Formula 1 season, the AMR22 will be revealed on February 10.

The team, who has parted ways with its long-time boss Otmar Szafnauer earlier this month, announced in a press release that their new car, named the AMR22 built to the new 2022 F1 aero regulations will be released at the team’s HQ at Gaydon.

The Silverstone based outfit became the first team to officially announce their 2022 car reveal date, with Ferrari team principal Mattia Binotto previously revealing that Maranello’s 2022 racer will be revealed between February 16 and 18 ahead of the pre-season testing.

Aston Martin Cognizant Formula One™ Team will launch its 2022 Formula One car on February 10.

The AMR22 will be unveiled at Gaydon, the home of Aston Martin Lagonda, in a special event to be broadcast online.

Drivers Sebastian Vettel and Lance Stroll will be joined by key members of Aston Martin Cognizant Formula One™ Team to launch the AMR22, which is the team’s first car designed to F1’s new technical regulations.

Embed codes for the broadcast, as well as virtual media session opportunities, will be shared at a later date. You do not need to do anything else in the meantime.

We look forward to sharing the first chapter in our new season with you.

Mercedes posted on their social media, a teaser of their 2022 F1 car the W13 on the first day of the new year, with the caption: “New year. New Me-recedes.

Rumors are still circulating that the new car from Brackley will retain to its traditional silver livery, after two seasons of painting the cars in black as the eight-time Constructors’ Champions supported the Black Lives Matter movement.

The team also released a teaser of the W13’s engine cover, with their new driver, Goerge Russell’s number (63) on it in Red on a silver background, which further hinted at the team’s return to silver.

The Woking based outfit have been teasing images of their new car as well, with the latest being video posted on twitter, showing the factory staff busy building the new car.

Another tweet from McLaren with a caption, “The best seat in the house”, showed an image of an F1 car with a blue and papaya livery similar to the one the team used in Monaco in 2021. Could that be a hint of the team’s 2022 livery.

The best seat in the house. 🤩 pic.twitter.com/KalbiVIrrj

Both AlphaTauri and Haas have announced that their 2022 F1 cars have passed the mandatory F1 crash tests, with AlphaTauri asking the fans on Twitter whether they should retain the same colour scheme of their car for 2022.

reckon we should keep it on our livery this year? 🟢 ⚪ 🔴 pic.twitter.com/M1r9tvAmZX