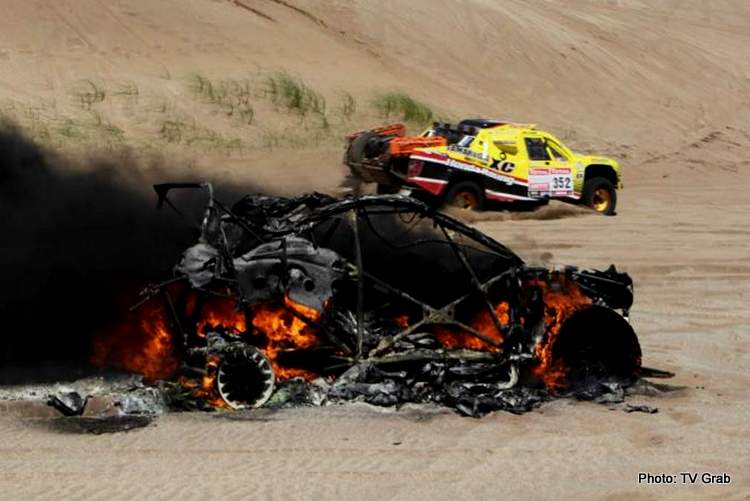 The explosion that went off under a French vehicle involved in the Dakar car rally in Saudi Arabia last week may have been a terrorist attack, France’s foreign minister said on Friday.

“We told the organisers and the Saudi officials to be very transparent on what had happened because there were hypothesis that it was a terrorist attack,” Jean-Yves Le Drian told BFM TV and RMC Radio on Friday. “There was perhaps a terrorist attack targeting the Dakar rally.”

Saudi authorities have not responded to queries about the incident or the French investigation and did not immediately respond to Reuters’ request for comment on Friday.

Saudi Arabia last year hosted a Formula 1 race for the first time, also amid security fears, which in the end proved to be unfounded however strife in the country inevitably makes high-profile international events prime targets.

This season Saudi Arabia hosts Round 2 of the 2021 Formula 1 World Championship from 25 to 27 March. No doubt the sports’ chiefs are keeping an eye on these developments that may impact the Grand Prix weekend if matters escalate between now and then.

French Foreign Minister: In these circumstances, one needs to be very precautionary

Meanwhile, French prosecutors said on Tuesday they had opened a terrorism investigation into the matter.

The blast, which seriously injured one of the rally competitors, hit a support vehicle belonging to the French team Sodicars soon after it left its hotel in Jeddah for the race route, according to accounts from the team and race organisers.

Le Drian said French investigators were planning to go to Saudi and that Paris had believed the rally should have been cancelled: “In these circumstances, one needs to be very precautionary,” he said.

Le Drian’s comments come a month after French officials wrongly arrested a Saudi national in Paris on suspicion of being involved in the killing of journalist Jamal Khashoggi.