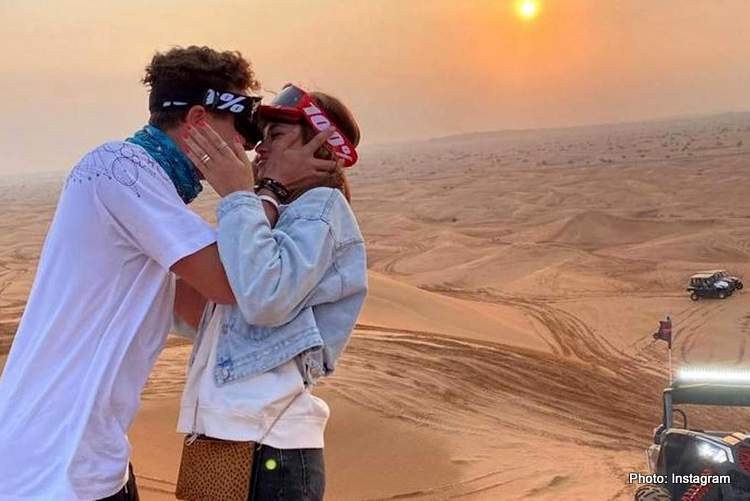 The McLaren driver posted a photo of himself and Luisinha, on his Instagram, frolicking in the Dubai desert with the caption: “My Sunshine.”

Some websites are reporting the pair of 22-year-olds are engaged but that has yet to be confirmed.

Luisinha was born in 1999, turned 22 on 20th November. She is originally from Porto, and works in the fashion world as an influencer and model mainly of swimwear, for the Lisbon fashion agency “Central Models”.

The photo shared by Norris, after months of under the radar dating, sparked enthusiastic reactions from his followers including former teammate and buddy, Carlos Sainz, who commented: “It’s official”.

In F1 last year, Norris, enjoyed a strong season, establishing himself as a young star with a bright future, ending his second season in the top flight sixth in the drivers’ championship standings.

McLaren have him signed-up on a multi-year deal.

Late last year Norris announced he would be moving to live in Monaco and join a posse of F1 drivers that count the Principality as home. He explained: “It’s something that obviously a lot of drivers do and especially, with how racing is.”

Meanwhile, the Instagram post below has gone viral with over a 1.3-million views since Norris made it public to his 4.3-million followers.