Alonso: This year we will miss Raikkonen a lot 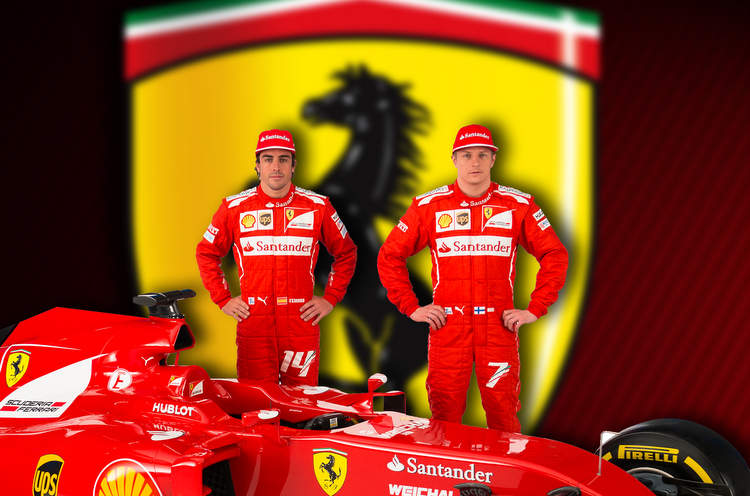 Kimi Raikkonen and Fernando Alonso made their Formula 1 debut’s on the same day – at the 2001 Australian Grand Prix – the journey has been long for the pair, the Spaniard believing the sport will miss The Iceman.

In retrospect, it was ironic that Ferrari paid handsomely to have their 2007 F1 World Champion, Raikkonen, depart the team to make way for Alonso in 2010 and then, in 2014 the Finn returned to as the Spaniard’s teammate for a year.

A year later, Alonso ditched Maranello, deciding Woking with McLaren was where his future lay, as Sebastian Vettel hopped over to Ferrari to partner Raikkonen, who went on to remain with the Reds until the end of 2018.

More recently, the 42-year-old Iceman, ended his illustrious and long F1 career when he stepped out of the Alfa Romeo after 18 laps of the season-ending Abu Dhabi Grand Prix last year, with a DNF to crown a career in which he made 349 Grand Prix starts, was on the podium 103 times, 21 times as a winner and of course becoming the 2007 World Champion.

Looking back on the past two decades, during an interview with Beyond the Grid, Alonso admits he had no idea he and Raikkonen would be among the most popular and successful drivers in F1 history: “When you’re in that moment and making your debut, you don’t have a clear idea what the future will bring.

“Obviously, we both had a fantastic time in F1, we both won a championship which maybe, in 2001, we were not sure of that success at that moment. I’m happy to have shared so many years with Kimi. He is a very good character in Formula 1 and this year we will miss him a lot.”

Alonso: Maybe you need to see him outside of racing to see the real Kimi

The Raikkonen ‘brand’ evolved from a cocky young upstart in the early Sauber and McLaren years to a surly, almost miserable, elder statesman of the sport during his final years at Ferrari and the last three years of Alfa Romeo. Nevertheless, to this day he remains one of the most popular F1 drivers ever.

No fan of the ‘fluff’ required of modern F1 drivers, the Iceman’s quips will always be the stuff of legend; his no-bullshit attitude not only admired by fans but by Alonso too: “He’s sincere. He’s not playing any games. He is what you see.

“Part of this mask that we see from him, being very cold and not talking too much and things like that, there is a different person inside. Not the Iceman. I think he’s quite warm inside; maybe you need to see him outside of racing to see the real Kimi. We meet sometimes in the airports, outside the paddock, in restaurants… partying sometimes!

“After the races, he’s one of the guys that you can talk honestly with on different topics, and he’s straight to the point. I share many of his ideas and thoughts about Formula 1 and this world. What we live here is a bubble and not real life.

“We have all these facilities here, we have this easy life, we travel in good planes, we are in five-star hotels, we have all the help from everyone but, on Sunday night, we are normal people and we tend to laugh about how fake this world becomes,” added Alonso.

Raikkonen: As a teammate, I’m kind of certain that there was something odd happening between us

In a separate interview with Beyond the Grid, Raikkonen shared his thoughts on Alonso: “I think he’s always been very good.

“As a teammate, I’m kind of certain that there was something odd happening between us. For sure, I didn’t have a very good year, for many reasons. I didn’t do that well, but we all know he’s fast every weekend.

“I’ve never been in a position to pick who my teammate is, so it could be anybody. I think that’s good because it pushes you always and [forces you to] push each other. I don’t see any negatives,” he said.

“If you purely looked at the numbers of qualifying or this and that, then some people are more interested. Honestly, I’m not so fussed about winning against my teammate in qualifying. To me, the race has always been the important part of the weekend.”

Raikkonen took a sabbatical from F1 in 2010 before returning again for 2012; similarly, Alonso took a two-year break beginning at the end of 2018 and last year making a comeback. Appropriately, in time to spend a final season with Raikkonen on the F1 grid.

Looking back on 2021, Kimi said of fellow veteran Fernando: “We have had some good battles this year and end up racing against each other. Obviously, we are both in different parts of our careers than we were in those days.

“I think one thing you can notice is that you can race with him very closely, as it always was with him. You kind of know what’s going to happen or what was not going to happen so, in that way, yes, it’s different. You get what you expect and, with some other people, you are not so sure,” Raikonnen explained.

Here are some choice quotes, among many, that Kimi has immortalized over the years: