Young Driver, Revelation, Rookie, News and Mistake of the Year 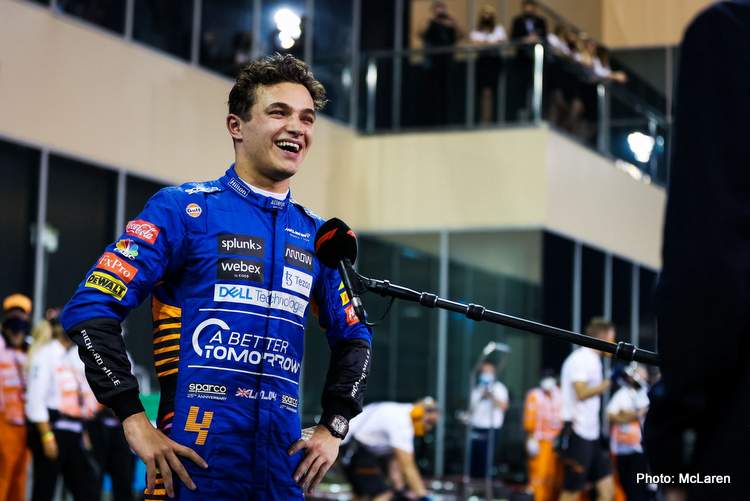 Each year we give our own Formula 1 Awards… the season as we saw it trimmed down to ten areas deserving a mention and accolades as 2021 comes to a close.

GRANDPRIX247 Editor Jad Mallak and Publisher Paul Velasco combined to dissect the highlights of an epic season deserving F1 Awards or notable mentions. This is part one of the two-part roll-out.

He may not be a rookie anymore, but he still is a young driver, and Norris faced a challenge this year, in the form of new teammate Daniel Ricciardo, or so we thought, but the young Briton was impressive especially in the first part of the season, finishing in the top five in nine of the first ten races, holding third in the Drivers’ Standing for some time, when you expect the likes of Valtteri Bottas or Sergio Perez to be there.

He scored four podiums this season, with second in Monza a highlight, and while his pole in Russia was sublime, his race there was embarrassing, but that’s the price of inexperience, and Norris has time in F1 to sort that out.

Paul Velasco: “Lando was the star of the early season. Often embarrassing highly-rated Daniel Ricciardo in the other McLaren. The team went off the bubble after the welcome and popular Monza one-two triumph but, now that the dust is settled, Lando is sure to be in F1 for a long time to come.” 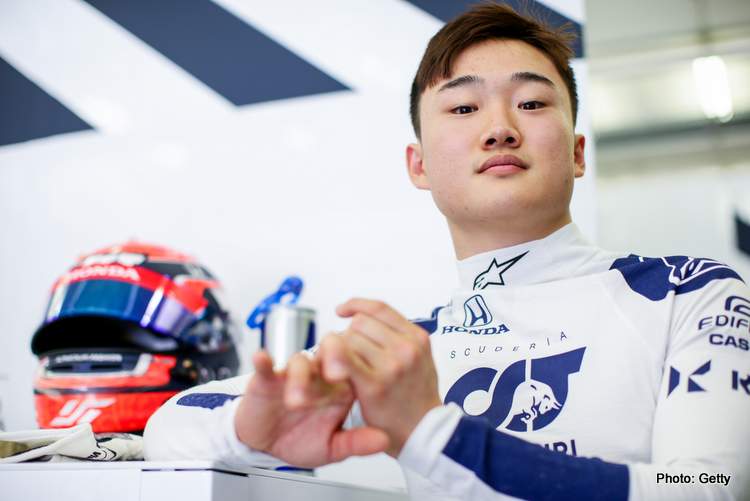 Rookie of the Year: Yuki Tsunoda

This one is tough. We had three rookies this year: Yuki Tsunoda (AlphaTauri), then Mick Schumacher and Nikita Mazepin (Haas).

Nikita Mazepin is out of contention immediately, with the Russian never showing that he was worthy of his seat, even if you give him the benefit of the doubt as he was driving the vicious-handling, undeveloped Haas, but Mick Schumacher put some respectable performances in the same car fighting with Williams at some races. That was not enough to give us a proper indicator of his level though.

Yuki Tsunoda was far from perfect, even erratic most of the season, but the Japanese rookie has shown flashes of pace every now and then. He started his season well and finished with an impressive weekend in Abu Dhabi where he comprehensively out-paced his on-form teammate Pierre Gasly, thus earning this award.

Paul Velasco: “Yuki is an all-or-nothing type of driver at this stage of his career. Unlike the other two rookies, in relative obscurity, the 21-year-old Japanese was the youngest driver on the grid, and it showed. But when the good stuff got air time, young Yuki was exciting and devastatingly fast. Another year he deserves; will he be an F1 winner? Time will tell.” 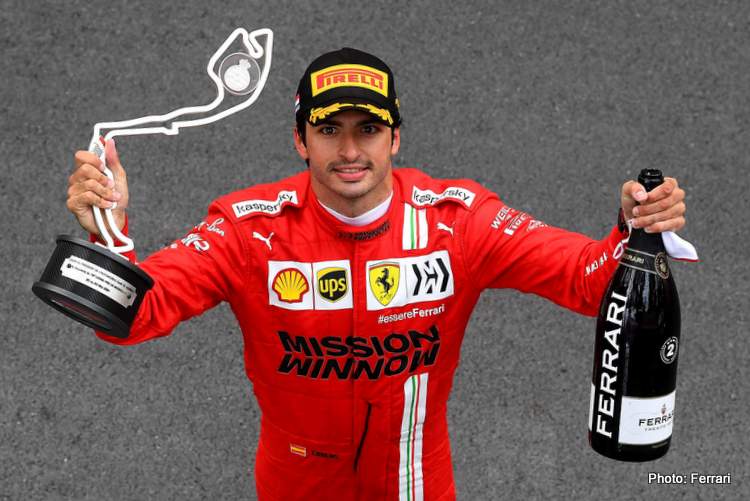 Revelation of the Year: Carlos Sainz

Carlos Sainz has always been an “under the radar” type of driver since coming into Formula 1, the Spaniard notably holding his own against Max Verstappen in their Toro Rosso days.

Joining Ferrari this year was yet another challenge for Sainz as he entered the team Charles Leclerc made his home, but that did not deter the Scuderia’s new hiring.

Sainz went around his business calmly and without any ostentation, settling into his new team, getting used to his new car, the SF21, and slowly emerged into a serious match to Leclerc, giving the Monegasque a proper run for his money, finishing the season 2 places ahead in the Drivers’ Standings, while bagging four podiums compared to only one for his highly-rated teammate.

What makes Sainz a revelation this season, is the speed in which he adapted to his new team compared to other drivers at new teams, like Sebastian Vettel and especially Daniel Ricciardo, the Aussie’s struggles at McLaren being shocking for a driver of his caliber.

Paul Velasco: “Simply put Carlos stole the show at Ferrari this year. After Charles humiliated Seb, it was never going to be an easy task for the ‘new boy’ to establish himself at Maranello amid his teammate’s popularity in the team. In the end, Carlos did his talking on track and, for me, emerged as the standout driver of the pair in Red and indeed a revelation.” 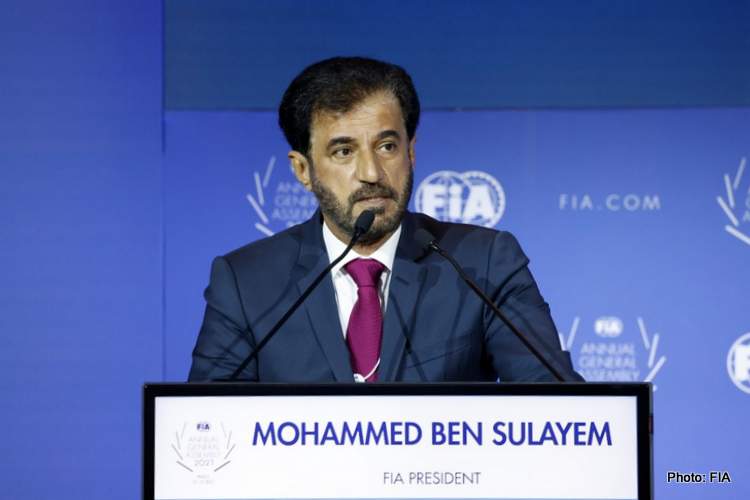 The former Emirati Rally Champion’s election as the new president of the FIA represented a departure from the pattern of always having a European at the helm of that organization, and the effect of his election will not wither away any time soon, as Ben Sulayem has been making the right noises about change ever since his election.

It remains to be seen how he navigates his way through the shark tank he just jumped into, but he has a long history of successes and achievements, and there is nothing to say that he won’t continue his habit.

No doubt he will have opposition and detractors who might feel that Ben Sulayem is an outsider, but I doubt that will discourage the man, as we look at an interesting term with him heading F1’s governing body, the first time a non-European has done so which earns him the our F1 Award for “Newsmaker of the Year”.

Paul Velasco: “The FIA needs the wind of change to blow through it and maybe getting it from the UAE, as the ambitious Mohammed Ben Sulayem becomes the first racing driver to lead the organisation. To start with, he has a lot to do to set F1 officiating on the right course. Nevertheless, he appears to be the right man for the job. Now time will judge him. Good luck Mr. President.” 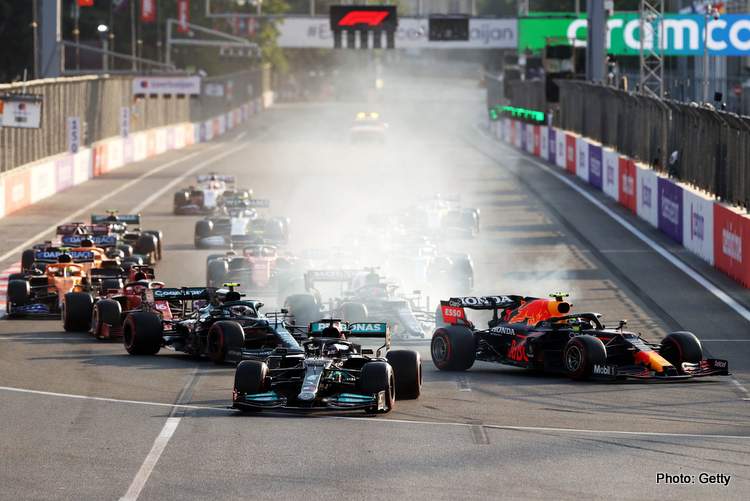 Mistake of the Year: Hamilton’s Magic button in Baku

One of  Lewis Hamilton’s greatest strengths as an F1 driver, is how he rarely makes mistakes, but when he does, they usually are costly, and that applies to his mistake after the race restart in Baku, where a Red Flag period followed Max Verstappen’s tyre blowout and consequent DNF.

Hamilton had all the chances to serve a powerful blow to Verstappen’s lead in the standings, with 25 points on offer. And keeping in mind the rival pair went into the season finale on an equal points’ haul, makes Hamilton’s mistake even more costly.

As it transpired, the Briton locked his front tyres braking into Turn 1 having gotten the jump on Sergio Perez who was first, and ended up in the run-off area joining dead last with not enough laps remaining to recover.

The reason was later revealed to be a flicked “Magic Button” used for heating the brakes on formation laps, which the seven-time Champion pushed by mistake, shifting the brake bias towards the front , and causing the lockup.

Not a conventional driver error, but an error nonetheless, making it the F1 Award for “Mistake of the Year”.

Paul Velasco: “We all saw the mistake. As the Baku track goes sharp left after the start, Lewis got it wrong, out-braked himself as the not-so-Magic Button (or whatever!) failed according to the Merc damage control after a victory went begging. “Lewis never makes mistakes!” declared Toto. Not true. He did in Baku and, when all is said and done, those points might have made the crucial difference. A glaring and expensive error.”

Tomorrow we will run part two of our annual indulgence, the 2021 F1 Awards GRANDPRIX247-style.