Alonso: Hamilton is a bit lost, he isolated himself 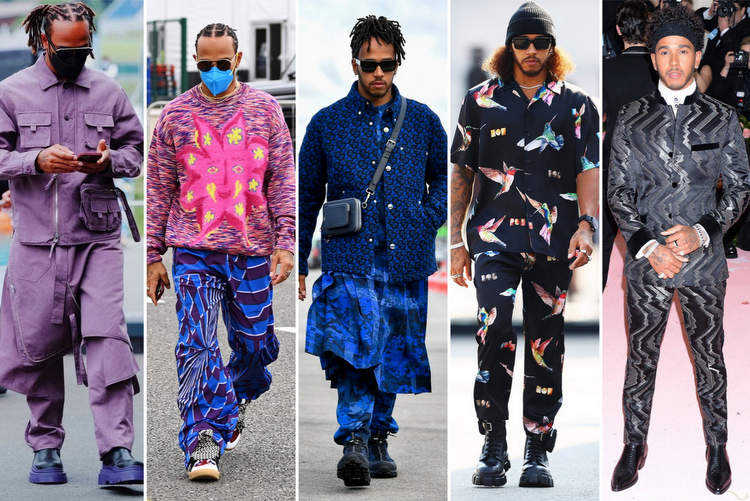 Fernando Alonso and Lewis Hamilton may not be on each other’s Christmas lists, the Spaniard claiming recently that Hamilton is a bit lost.

The two Formula 1 drivers’ first interaction was not positive to say the least, as they were teammates at McLaren in 2007, Alonso already a double F1 Champion, and Hamilton a highly rated rookie.

Suffice to say that their season together at Woking was acrimonious, the two fighting on top status within the team, which resulted in Kimi Raikkonen snatching the Drivers’ Crown from them by one point as the squabbling pair finished the season even on points. McLaren secured the Constructors’ Title that year. Alonso left McLaren after that single season.

On the back of his comeback season with Alpine where he finished tenth overall in the Drivers’ standings, having scored an impressive third place in the Qatar GP, Alonso touched on the 2007 season in an interview with Finetwork.

“At that time he [Hamilton] was not that bad. Then he was a rookie, he got worse with years,” he joked.

But added, “Now I see he’s a bit lost. There are always bad guys and good guys, that’s part of the sport”, the Alpine driver explained.

Despite being in midfield car, Alonso found himself fighting with the seven-time World Champion in Hungary this year, as the latter was fighting up through the field after a botched tyre strategy by Mercedes.

Alonso defended with all his power against the #44 Mercedes, giving his teammate Esteban Ocon enough breathing space to win his first race –  also his team’s under the Alpine guise – in F1, with Hamilton running out of laps to fight for victory.

Asked about the current relationship he has with Hamilton, if there is one, Alonso said: “Not really, he’s not having any relationship with anyone.

“He isolated himself in the last few years. He’s in the world of fashion, wearing strange clothes,” the 40-year-old quipped.

In 2022, Hamilton might find himself in the same position Alonso was in back in 2007, with Mercedes’ latest protégé George Russell joining the Champ at Mercedes replacing Valtteri Bottas; a case of the young gun taking on the established Champion.

How Russell performs in his new environment is anyone’s guess, but he gave the world a glimpse of what he can do in a Mercedes at the 2020 Sakhir GP, when he replaced the Covid-struck Hamilton.

Russell qualified second after running Bottas ever so close, and was on for a win during the race, only to be denied by Mercedes dropping the ball with the pitstops, and a tyre puncture later on.

So will the young racer take things slow, or will he fight for intra-team supremacy from the get-go?

Another question that remains, regarding Hamilton’s future, as comments from Mercedes boss Toto Wolff ignited speculations about his star driver’s future when he said that Hamilton is “disillusioned”, after the way in which he lost the title to Max Verstappen this year in Abu Dhabi.

“I would very much hope Lewis continues racing because he is the greatest driver of all time,” was the Austrian’s answer to a question about Hamilton’s willingness to race in 2022.

“As a racer, his heart will say I need to continue because he’s at the peak of his game,” he added. “But we have to overcome the pain that was caused upon him on Sunday.

“He is a man with clear values,” Wolff insisted.

The Italian branch of Motorsport has reported on Wednesday that Hamilton will, in fact, be racing in 2022, with the website claiming that “no official announcement” will be made, but that the Mercedes ace’s decision was only “whispered in the ear of Toto Wolff” as the Austrian and the top brass at Daimler AG “wanted certainties quickly to avoid reliving a situation that the team had already experienced in 2016 with Nico Rosberg”.

F1 CEO Stefano Domenicali was the latest to back Hamilton for a 2022, commenting to La Gazzetta dello Sport on the matter after being awarded the Lorenzo Bandini Trophy on Tuesday.

“Lewis Hamilton? I’m sure he will recharge his batteries and come back with even more desire than before to win the eighth world title,” the F1 Chief insisted.