Haug: Masi was ingenious and brilliant 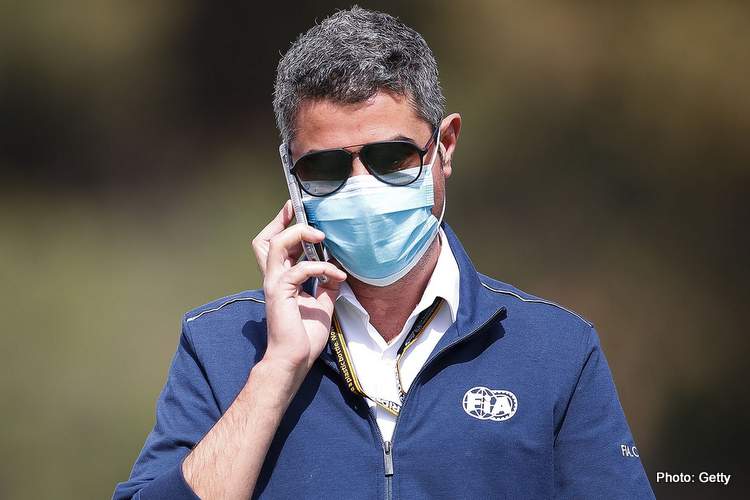 One thing we can’t complain about in the aftermath of the 2021 Abu Dhabi GP is the lack of opinion, with former Mercedes head of Motorsport Norbert Haug claiming Michael Masi was ingenious and brilliant.

The Formula 1 2021 season finale is still creating discussions and debate, in the wake of the final race at Abu Dhabi’s Yas Marina Circuit, and the way in which it went down with the late Safety Car period triggered by Williams’ Nicholas Latifi’s crash on Lap 53 at turn 14, with Max Verstappen snatching the title from Lewis Hamilton after a last-lap overtake.

Without delving into that story again, here is what Mercedes’ former head of motorsports, Norbert Haug had to say.

Clerk of the Course’s decisions in season finale fitting

“I think Masi was ingenious and brilliant in finding a solution,”Haug said to Austrian broadcaster Hello TV. “In general I found several decisions taken by the Clerk of the Course in a convulsive season finale to be fitting.”

Haug, who was running the show at Mercedes along with the team’s former boss Ross Brawn between 2010 and 2012, before current team boss Toto Wolff took over, also went back to discuss Masi’s “negotiations” with Red Bull during the Saudi Arabian GP, regarding Verstappen’s use of the run-off area to defend his position.

“Even offering Red Bull the chance to back off Verstappen on the starting grid in Jeddah instead of taking a five or ten second penalty seemed like a good move,” he explained.

“I will offer you to do that or you will force me to pass it on to the stewards.

“The stewards will then decide five or 10 seconds [time penalty], but this way you have the opportunity to start again behind Hamilton.

“And I think that’s not trading but an extremely clever move.

“He seems to me a pragmatic type, an important characteristic for a Clerk of the Course,” Haug mused.

With comparisons between Masi and former F1 Race Director, the late Charlie Whiting, arising every time the Australian is in the spotlight, the 69-year-old German said: “Whiting grew up with Ecclestone, he was a mechanic, then a chief mechanic, and he was always an individual who always moved with great resolve.

“His legacy would be difficult for anyone to manage,” Haug concluded.

Former F1 driver, Gerhard Berger agrees with Haug’s labeling of Masi as “pragmatic”, when asked about the Race Director’s performance on this year’s F1 season Finale.

“He takes a pragmatic approach and tries to find solutions, but I don’t think he does anything that isn’t allowed,” he told ServusTV.

“And he decided differently, not to help anyone but to give the fans one last round in sporting terms to finish the fight,” the former co-owner of Toro Rosso (now AlphaTauri) added.

“[He] handled the situation well, even if it meant bad luck for one side.

“For the fan, it’s the right thing to do and he’s allowed to do it,” Berger concluded

In the direct aftermath of Abu Dhabi’s race last week, Haug gave his opinion on how his former team handled the situation with protests and appeals flying around.

“You can only say sh@t happens,” he told ServusTV.

“I understand that sometimes you freak out. I don’t know what it would be like if it had gone the other way,” he pointed out.

“A word on it afterwards, the motorsport fan doesn’t want to see that.

“It’s about having the size to shut up. It was not always easy for me either,” the German admitted.