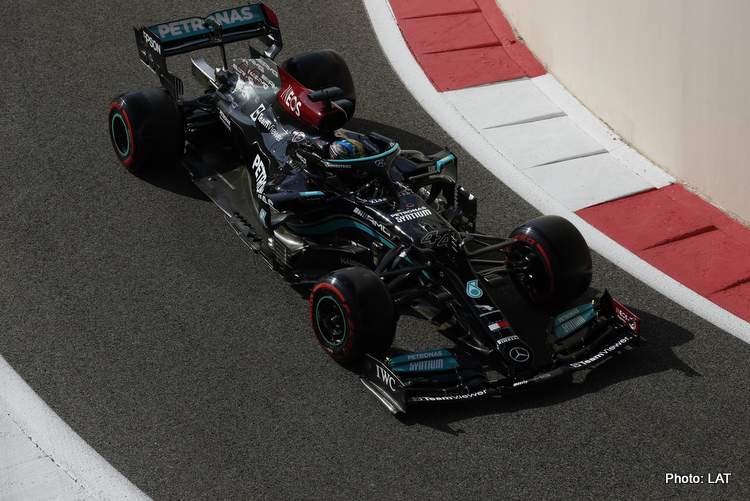 FP3 for the 2021  Formula 1 Abu Dhabi Grand Prix was a final chance to make sense of the pecking order ahead of qualifying, the advantage currently with Lewis Hamilton who finished fastest.

Max Verstappen and Lewis Hamilton went fastest in FP1 and FP2 respectively on Friday, but the final free practice session on Saturday would usually provide a glimpse of “who’s hot and who’s not” ahead of the final qualifying session of the 2021 season – with caution advised –  as the lower ambient temperatures that should prevail in the afternoon qualifying session might serve some curveballs.

FP3 saw Lewis Hamilton retaining his advantage heading into qualifying as he finished the session on top with a best time of 1:23.274, failing to go any faster on a final try as he locked up heavily, flat-spotting his set of soft tyres.

Second best was Hamilton’s title rival Max Verstappen, who finished 0.214s off the Briton’s pace, struggling all session to get closer to the Mercedes Ace.

Valtteri Bottas was third in the other Mercedes W12, but was a whopping 0.751s off his teammate’s best time.

Chasing Bottas in fourth was Sergio Perez, the Mexican only 0.022s further adrift from the Finn.

McLaren seems to have made a significant step up from Friday, as Lando Norris was a strong fifth at the end of FP3, but 0.832s off the pace.

Yuki Tsunoda continued outpacing his highly-rated teammate Pierre Gasly, the pair finishing sixth and seventh respectively, almost a second slower than the top time, but separated by a mere 0.028s.

Carlos Sainz was eighth for Ferrari, but 1.321s too slow from the best, but ahead of Daniel Ricciardo who was ninth making sure both the Papaya cars were present in the top ten, over a tenth slower than the Spaniard.

Charles Leclerc in the other Ferrari was the last of the top ten, almost one and half second slower than the top time scored during the session.

The rest goes as follows

Lance Stroll showed some progress for Aston Martin and was 11th fastest, 1.547s down on the best of the times, but ahead of Esteban Ocon in the Alpine who was 12th fastest but 0.013s slower than the Canadian.

Kimi Raikkonen, who crashed after the chequered flag was waved in FP2 yesterday, was 13th fastest, 1.763s off the benchmark time, followed by his teammate Antonio Giovinazzi in 14th, 0.011s further down.

Alpine seem to have moved backwards on pace, as Fernando Alonso’s 15th place means both the blue cars were out of the top ten, the double World Champion 1.820s too slow for the best.

Sebastian Vettel was 16th ahead of the Williams duo George Russell and Nicholas Latifi in 17th and 18th respectively, the trio within two-tenths of each other.

Mick Schumacher was 19th, ahead of Nikita Mazepin in 20th, the Russian having yet another close moment with Lewis Hamilton on track. 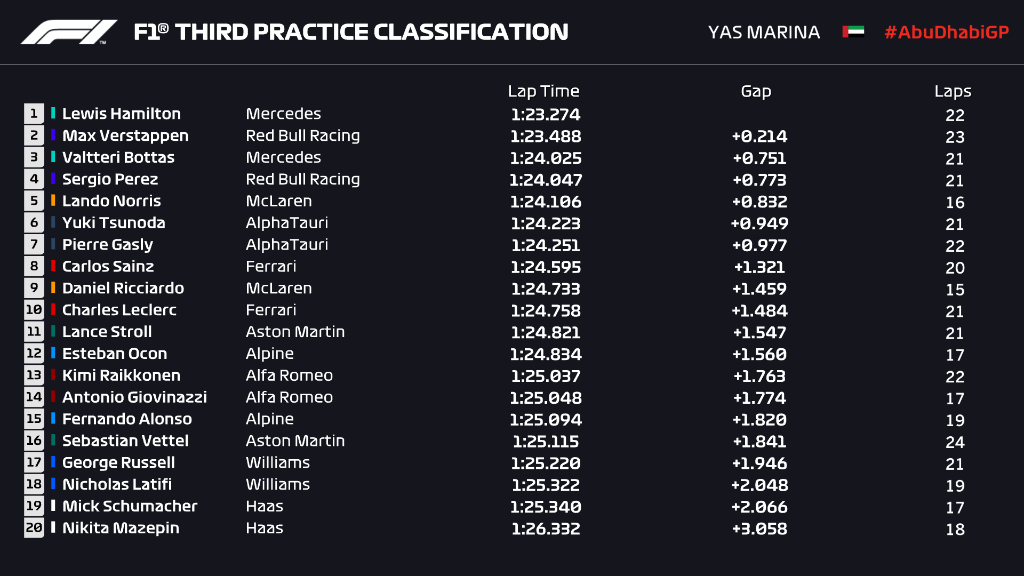 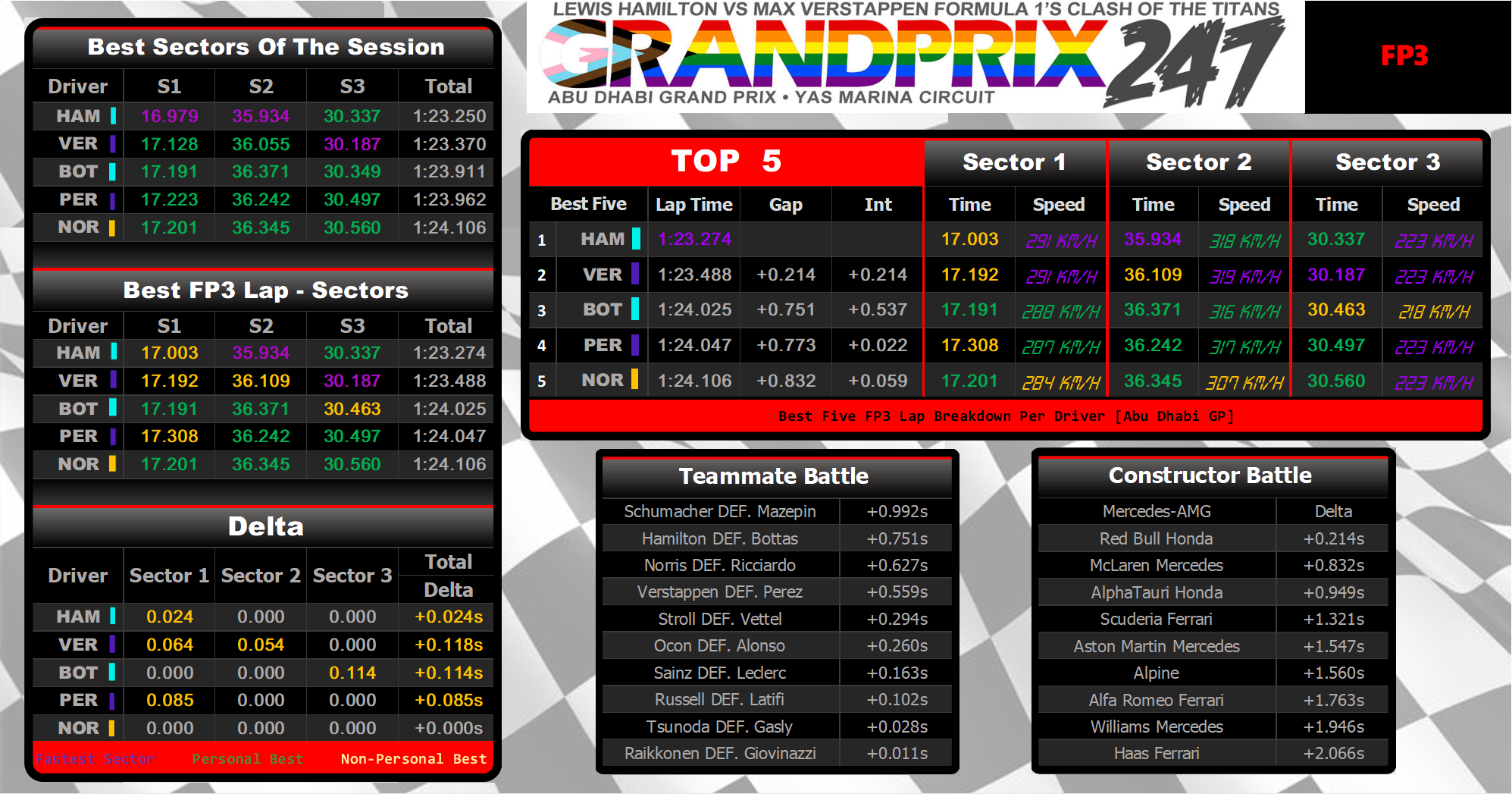