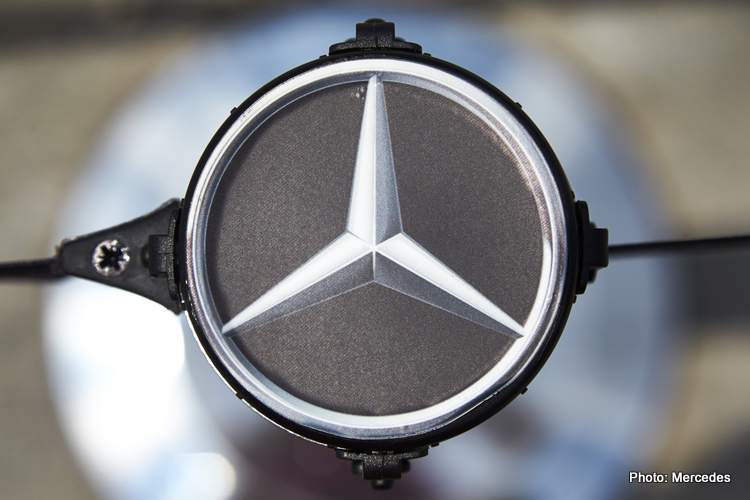 Insulation firm Kingspan and the Mercedes Formula 1 team have agreed to end a sponsorship deal, they said on Wednesday, amid a backlash about the Irish company’s link to Britain’s 2017 Grenfell Tower fire.

The Grenfell fire killed 72 people, with combustible cladding used on the residential block identified as central to the rapid spread of flames.

Kingspan (KSP.I), whose branding features on the team’s cars, said that while its Kingspan Insulation UK business was a core participant in the Grenfell Tower Inquiry, it had no role in the refurbishment.

Not appropriate for the partnership to move forward 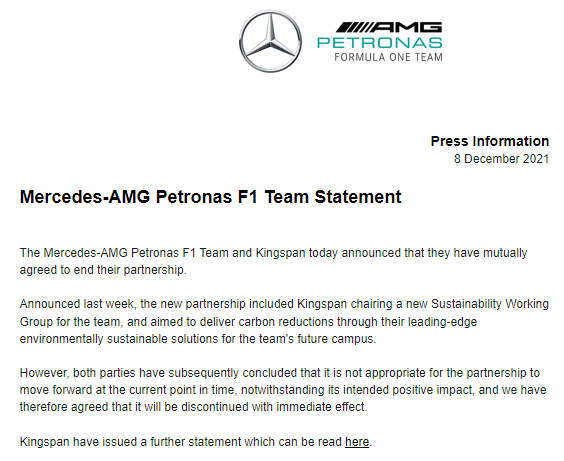 “We are deeply aware of the sensitivities raised in recent days, and so we have jointly agreed that it’s not appropriate to move forward at the current point in time,” it said in a statement.

Mercedes, which did not mention Grenfell, said in a Twitter post that both sides had “concluded that it was not appropriate for the partnership to move forward.”

Mercedes boss Toto Wolff had said last week that he would meet survivors of the fire after apologising on behalf of his team for any distress caused by the sponsorship deal. read more

Kingspan said in a statement last week it had played no role in the design of the cladding system on Grenfell Tower, where its K15 product constituted approximately 5% of the insulation.

It added that this “was used as a substitute product without Kingspan’s knowledge in a system that was not compliant with the buildings regulations.” (Reporting by Conor Humphries)