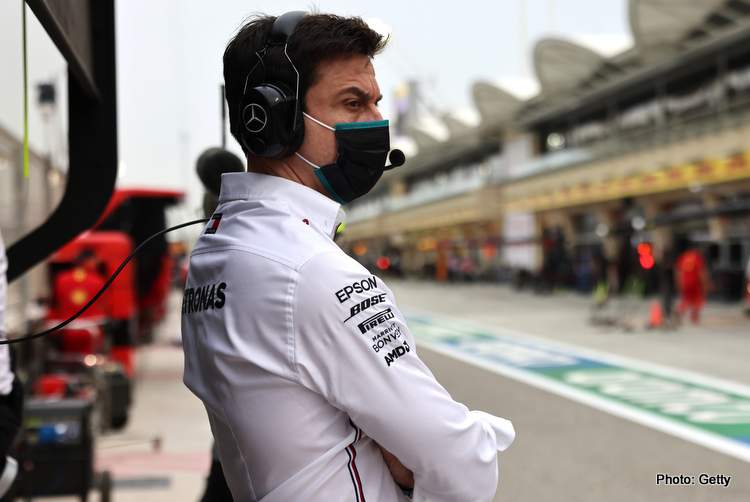 Shortly after Mercedes announced on December 1, 2021, that they had partnered with Kingspan, the World Champions’ new partner have been into the spotlight that Formula 1 affords, but for all the wrong reasons.

Kingspan, an Ireland-based firm, is a “high-performance insulation and building envelope solutions group” that has joined the team in a global sustainability partnership with the aim to “contribute to the team’s objective of pioneering new approaches and technologies for emissions reduction in motorsport”, according to a press release by Mercedes.

However, Motorsport Week, has reported that Kingspan is involved in a tragedy that has claimed the life of dozens of people in the United Kingdom, otherwise known as the “Grenfell Tower Tragedy”.

Grenfell tower, located in west London, burnt down back in June 2017, with 72 people losing their lives as a result. And it is reported that Kingspan was the supplier of the exterior cladding of the tower, which contributed to the rapid spread of the fire throughout the building.

A report in The Guardian states that: “Kingspan sold its insulation on the basis of testing carried out on an older version of the product that caught fire more slowly and emitted less heat. In 2008 Bowmer & Kirkland, a contractor, wanted assurance about the new version suitability for a tower called City Park.”

Kingspan’s updated product, used at Grenfell, was shown to have failed these critical safety tests later on, always as per the Guardian.

Deeply disappointed that @MercedesAMGF1 are accepting sponsorship from cladding firm Kingspan while the Grenfell Inquiry is ongoing. I will be writing to Mercedes to ask them to reconsider. The Grenfell community deserves better. https://t.co/O9RThVXUuX

Grenfell United, a group of the “survivors and bereaved families from the Grenfell Tower fire, sent a letter to Mercedes Team Principal Toto Wolff as a protest on the team’s new ties with Kingspan, the company they consider responsible for the tragedy that has befell them.

Lewis Hamilton has been an ally of the Grenfell community, he’s spoken out about this issue before

Meanwhile, PA Reports that the fallout is ramping up with shadow levelling-up secretary Lisa Nandy saying she hopes Lewis Hamilton is making his views “clearly known” to those who made the decision about the deal with Kingspan.

Her remarks come after Communities Secretary Michael Gove said he would write to the Mercedes team to ask it to reconsider the deal, adding it was “deeply disappointing” it had accepted the sponsorship.

Asked if she thinks Hamilton should speak out about those who sponsor his team, Ms Nandy told the programme: “I think the key point is that it’s not his decision and I hope that he is making his views clearly known to the people who have made this decision.”

“Lewis Hamilton has been an ally of the Grenfell community. He’s spoken out about this issue before. I suspect he will be doing that behind the scenes, but the key is to make sure that all of us across the political spectrum ramp up the pressure to ensure that this doesn’t go ahead.

“It is deeply disrespectful to people who lost everything four years ago. They felt very invisible in the political system. That was what allowed this to happen in the first place.

“We’ve got to send a clear and unequivocal message that they are invisible no more, that people’s lives matter, and that we’ll stand with them while this inquiry is ongoing.”

In 2020 he posted a picture with a caption that said: “Today marks three years since the horrific Grenfell Tower fire in London.

“Remembering the 72 souls we lost and their loved ones, and everyone affected by this tragedy,” wrote the F1 World Champion.

This news has shattered us. @KingspanIP_UK is rotten to the core ‘little better than crooks & killers’. No remorse, or responsibility for the murder of our 72. Only greed & recklessness for human life.

👇Our letter to @MercedesAMGF1 urging them to cut their ties with Kingspan. pic.twitter.com/FsLzCVsoYg