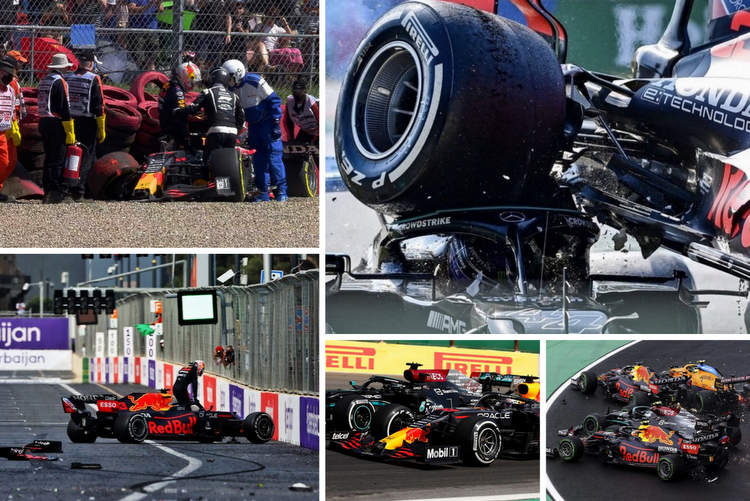 Max Verstappen and Lewis Hamilton head into the final race of the 2021 Formula 1 season in Abu Dhabi on Sunday tied on points, but Verstappen ahead on wins. 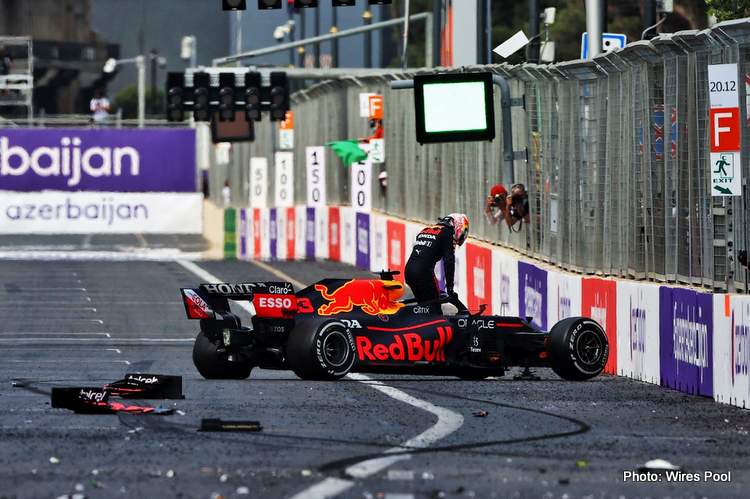 Verstappen, four points clear in the championship, was leading Mexican team mate Sergio Perez in a Red Bull one-two when a tyre blew on the main straight with five laps to go.

The race was halted with Hamilton set to cash in on his rival’s misfortune. Perez led away at the re-start with Hamilton second but accidentally engaging a ‘brake magic’ switch which sent him down an escape road. He finished 15th while Perez won. 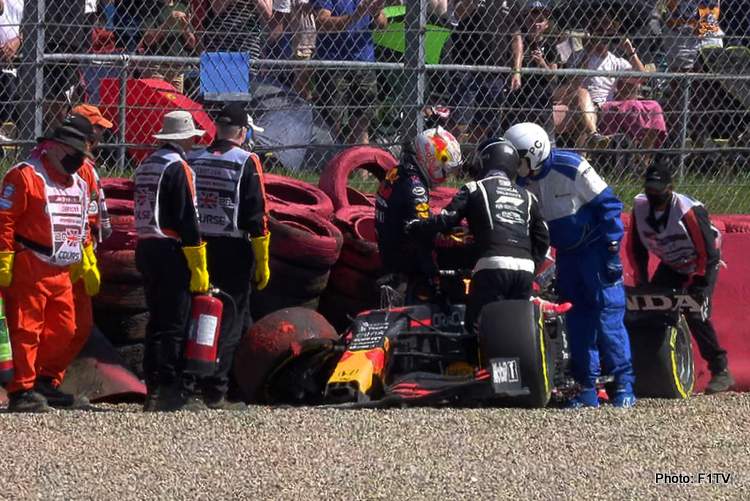 Verstappen went 33 points clear after winning the first ever Saturday sprint, with Hamilton second. The pair then collided on Sunday’s opening lap.

Verstappen went to hospital for precautionary checks while Hamilton collected a 10-second penalty for causing the collision but still won his home grand prix and slashed the lead to eight points.

The moment the gloves came off and relations between the two teams nosedived. 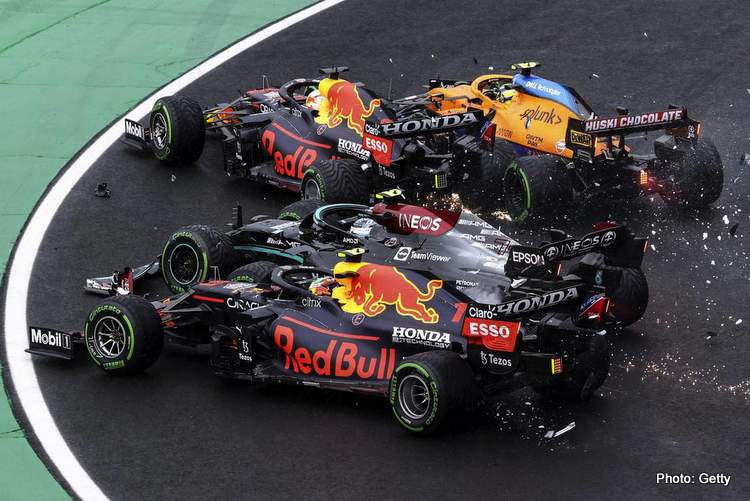 Hamilton charged through from last to third to retake the overall lead from Verstappen, who finished 10th from second on the grid.

Hamilton’s teammate Valtteri Bottas wrecked Verstappen’s race when he made a slow start and tagged McLaren’s Lando Norris, who was, in turn, pitched into the Red Bull, bringing out red flags.

Hamilton led at the re-start but on the wrong tyres and had to pit a lap later, rejoining at the back. 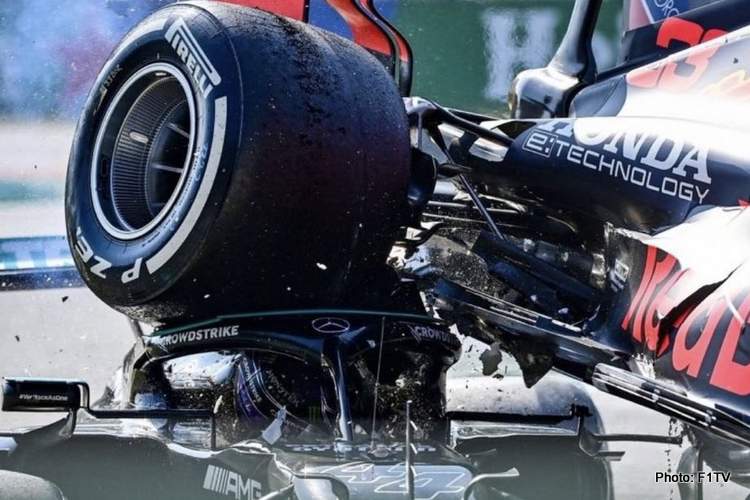 VERSTAPPEN ON TOP OF HAMILTON’S CAR

Another sprint weekend, another collision between the two title rivals. Hamilton started fourth while Verstappen inherited pole after engine penalties sent sprint winner Bottas to the back.

Hamilton challenged Verstappen but was forced onto the run-off area at the second chicane. When Hamilton pitted, he came out alongside his rival on lap 26 and they went wheel to wheel before contact into the first chicane.

Verstappen’s Red Bull ended up on top of Hamilton’s Mercedes and both were out. 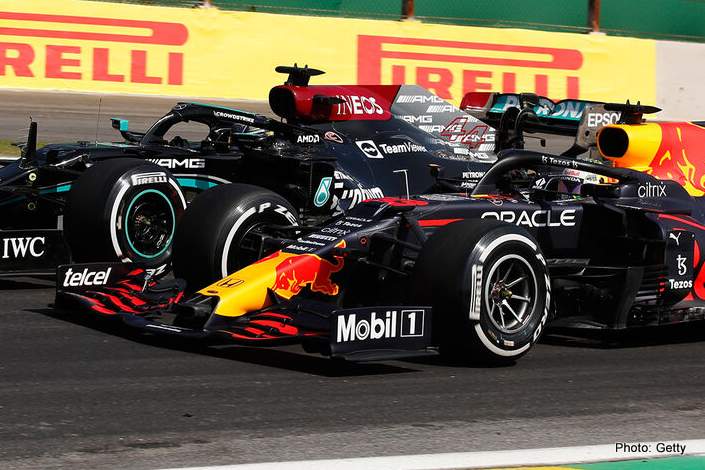 Hamilton needed to win after Verstappen’s wins in the U.S. and Mexico. The Briton led qualifying for Saturday’s sprint but was sent to the back when his car’s rear wing failed a technical inspection.

He fought back to fifth but an engine penalty dropped him to 10th for Sunday, a race he then won.

A key moment came when Verstappen forced Hamilton off and also went wide while defending the lead. Stewards took no action, a decision that set a precedent and produced incredulity at Mercedes. 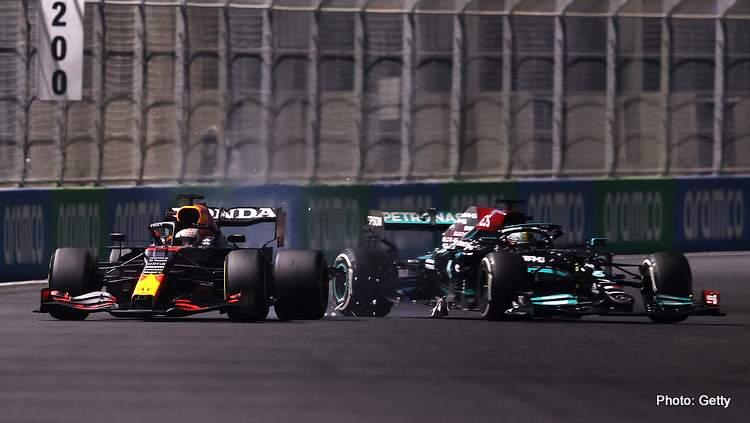 Verstappen had his first title shot, while Hamilton chased a third win in a row. The Dutch driver was set for pole when he hit the wall at the final corner.

The race was twice stopped before the pair collided on lap 37 when Verstappen slowed suddenly in front of Hamilton after being told to hand back the lead.

Hamilton complained of being ‘brake-tested’ but then won with fastest lap to tie at the top. (Compiled by Abhishek Takle and Alan Baldwin)