Wolff: We just want to have a clean championship 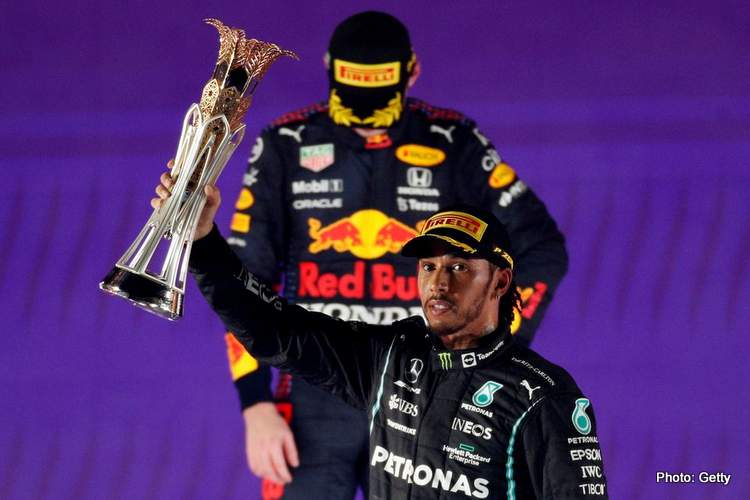 It was war in Jeddah, Formula 1 style, between Lewis Hamilton and Max Verstappen at the Saudi Arabian Grand Prix, an already bitter feud worsened on a night of controversy and high drama.

Now that the dust has settled we can count the costs; the numbers show that Red Bull lost this one badly with Max Verstappen in second place and Sergio Perez scoring a DNF after crashing out on the restart.

They took a pounding in the F1 Constructors’ Championship with Mercedes increasing their lead from five points before last night’s race to 28 points.

At the same time, Verstappen’s eight-point lead in the F1 Drivers’ Title race is now ‘zero’ however the fact that he has won nine races, one more than his rival means he leads the championship with one to go, which also means Max has to finish ahead of Lewis at the finale in Abu Dhabi on Sunday to be champion or neither he nor Lewis make it to the finish line, whereby the Dutch ace will take it.

This immediately triggers comparisons of a similarly bitter feud between Ayrton Senna and Alain Prost when, at the 1990 Japanese Grand Prix, as the lights went out the Brazilian drove deliberately into Prost on entering Turn 1 at Suzuka, sending the Ferrari into the dust and out of the race with the McLaren in tow. That was ugly.

Such a scenario to decide this year’s title race between Hamilton and Verstappen is not what Mercedes boss Toto Wolff wants in this feud between a driver who does not care to crash on his crusade to be called F1 World Champion for the first time against the other, who needs to avoid crashing at all costs, if he wants to claim an unprecedented eighth F1 title.

Wolff: May the best man win and if it’s Max at the end, I have peace with that but it just needs to be a fair race

Speaking after a race that carried on into early Monday morning thanks to Race Stewards having a word with both title contenders, Wolff told reporters in Jeddah: “It’s more the driving that needs to be assessed and looked at, It’s hard, very hard, maybe ‘over the line’ hard.

“We just want to have a clean championship, may the best man win and if it’s Max at the end, I have peace with that but it just needs to be a fair race.”

Neither driver was squeaky clean on the night, while Valtteri Bottas blatantly holding up Verstappen, when the first opportunity to pit arose under the safety car, would not have gone down well with the Bulls.

Whatever the case, Hamilton had the ammo to win this race, evident once he got past and sailed to victory by eleven seconds. If it was not on lap 42, it would certainly have been a few laps later in the 50 lap race.

It was Brazil and Qatar all over again for Hamilton’s incredible 103rd Grand Prix victory. He has now won F1 races on 31 different circuits, with Jeddah Corniche Circuit now added to that list.

Wolff was full of praise for Lewis: “I think he deserved it, he could have been out a few times with a broken front wing. I don’t want to now have dirty laundry here but that wasn’t… that was spectacular, but not a good race.”

Of the fact that Verstappen will win it if there is a DNF for both, Wolff said: “He has more wins, so I think that is still an advantage but I’m not saying anything that has consequences. I think it’s just important to have a great, great race for the end of the season, two fantastic drivers racing each other.”

Prost and Senna were two fantastic drivers racing each other, but sometimes when the needle is white-hot, the visor shuts and the red mist descends.

Only time will tell if the Abu Dhabi Grand Prix delivers a worthy Champion or a scoundrel. Watch this space on 12 December, on what should be a fine evening over the splendid Yas Marina Circuit.