Picci: I don’t want to be associated with Vasseur 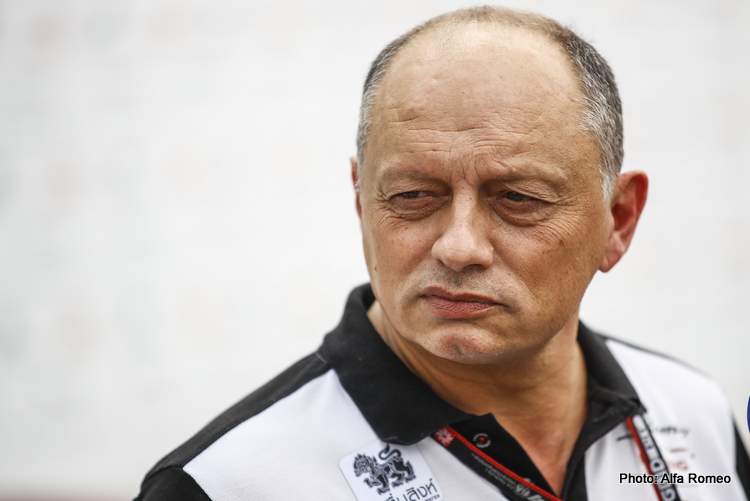 All doesn’t seem to be going well at Alfa Romeo, as Pascal Picci, president of Sauber Holding has resigned from his position citing disagreement with Team Principal Frederic Vasseur.

The latest reports regarding the unrest within the Alfa Romeo Formula 1 team, were brought up in the Italian branch of Motorsport.

Alfa Romeo, previously known as Sauber F1 was purchased by Longbow Finance in 2016, rescuing the financially strapped team at the time, with Pascal Picci being one of the figures involved in the process, before going on to assume the role of President at Sauber Holding, the parent company of the F1 team.

I slammed the door

Responding to a question by Motorsport regarding his resignation from Sauber Holding, Picci said: “Yes I slammed the door! I resigned from my role as president of Sauber Holding a few days before the Mexican GP.

“I don’t want to be associated in the future with Fred Vasseur’s management,” was Picci’s reasoning.

After the takeover of Sauber, the group entrepreneurs led by Finn Rausing assumed ownership of the group, and Picci was asked about Rausing’s position in the latest chain of events.

“I can’t add to that,” he began. “I don’t want to go into details, but I can say that I am calm about the future of the team because the owners of the team are enthusiastic, very passionate people who have as their number one priority the protection of the personnel that make up the team.

“My resignation, therefore, should in no way become a cause for concern for the Sauber staff.

“Of this I am sure,” the Italian-Swiss was adamant.

Why the decision to sell the team?

Back in October, reports emerged that Michael Andretti, owner of Andretti Autosport, was in talks with Alfa Romeo, aka Sauber over a potential buyout of the team by the American, whose father is Mario Andretti, the 1978 F1 Champion. The negotiations later fell through in the last minute.

Picci touched in on this matter with Motorsport: “What happened at the Belgian GP is still an open wound.

“The fact that we had a three-lap non-race behind the safety car allowed Williams to gain points that took away almost all chance of recovering our position in the Constructors’ Championship.

“Spa was an important watershed for us, it was one of the main reasons why we had decided to give up F1 and sell,” the 63-year-old admitted.

Happy about Guanyu Zhou, not so much about Valtteri Bottas

Asked further about the details of his disagreement with Vasseur, Picci hinted – always according to Motorsport – that the former president was not really happy that Valtteri Bottas will be joining the Ferrari-powered team from Mercedes, something he feels is a departure from the course set by the late Sergio Marchionne to bring Sauber close to Ferrari.

Picci revealed: “The way the drivers were chosen was one of the points that broke the bank between me and the current management.”

“I’m sorry that Antonio is not here anymore, and I’m happy that Zhou is coming.

“Yes, I know the Chinese boy and also his family since we wanted to take him in the Sauber Driver Academy (instead of the Renault one) as well as the business opportunities that he can open,” he explained.

Asked about the owner’s take on the drivers’ choice, Picci’s answer all but admits that he and Rausing are not on the same page.

“He is free to make his own choices, he represents the shareholders and is a reliable person who puts all his passion and energy into it,” Picci pointed out.

“Finn to me remains as reliable a person as the other people who represent the ownership.

“Without hesitation, I wholeheartedly wish the best for the entire team,” he concluded.